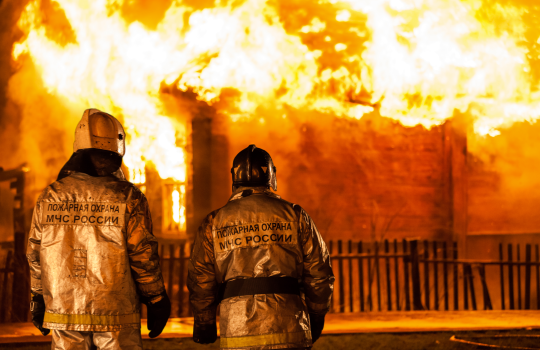 Critics of the insurance claims process may have their points in any given case, but no general judgment on how insurers process claims is complete without a recognition of the role that fraud plays. Just how far the fraudsters will go can be gauged by the annual Insurance Fraud Hall of Shame, a collection of some of the most egregious examples of insurance fraud committed in the United States compiled by the Coalition Against Insurance Fraud, a non-profit organization supported by a membership of consumer organizations, government entities and insurance companies. This year’s “winners”—an abbreviated list of which is copied below—were all convicted or saw other legal closure during 2015.

Readers expecting a collection of the exploits of America’s dumbest criminals won’t be disappointed, but the Hall of Shame includes a spectrum from “knuckleheads to perpetrators of dark and evil malice whose insurance schemes cost innocent people their lives,” according to James Quiggle, the Coalition’s Director of Communications. In the “knucklehead” category, Gloria Lee torched her Las Vegas pet shop in front of her own security cameras. Arson is never funny, and the consequences could have gone beyond the immediate fraud to the destruction of other property, harm to people in that property, and the death of the nearly 30 puppies in cages in Lee’s shop when the crime took place. Fortunately, Lee’s incompetence extended to her failure to anticipate the effectiveness of her sprinkler system—which limited damage and spared the lives of the pups.

In the “dark and evil malice” category, a New York-based attorney stole nearly $2 million of insurance settlements from 50 clients, leaving some destitute; Aria Sabit, a physician in the Detroit area, inflicted spinal injuries on patients in order to steal claim payments; and Pierre Collins of Minneapolis beat his own son to death and attempted to collect on a $50,000 policy.

This year’s Hall of Shame also includes serious criminal enterprise with the example of Mikhail Zemlyansky, leader of one of the country’s largest staged-crash rings ever. The New York City area crime ring made about $279 million in false injury claims from setup wrecks. Zemlyansky reportedly bribed doctors to make false diagnoses. He serves as an example of an extremely competent criminal gaming the insurance claims process—but one whose greed eventually got the better of him.

“Zemlyansky turned fraud into an industrial-strength scam that allowed insurance money to pour into his bank accounts—he had a fraud factory turning out false claims at almost warp speed,” comments Quiggle. “He was caught because the scam was too large, raising the suspicions of insurance companies.”

Zemlyansky case demonstrates how technology is essential to busting many insurance fraud schemes, especially the larger ones, according to Quiggle. “Scams like Zemlyansky’s are so vast and octopus-like in their ramifications, and analytics help untangle their tentacles,” he says. “Analytics are crucial in uncovering initial clues, drilling down deep into the connections between players and kinds of claims and revealing complex crimes.”

The Zemlyansky case also demonstrates how insurance fraud impacts consumers, Quiggle notes. “Consumers often believe that insurance fraud is a victimless prank or minor white-collar scam,” he says. “However, scams raise premiums for everyone, especially in the case of auto insurance-related scams.”

Quiggle stresses that the Hall of Shame shows not only that fraud is alive and well, but that it causes damage beyond harmless pranks against large fat-cat insurance companies. Insurance fraud represents what Quiggle calls an $80 billion annual crime spree across the U.S., calculated conservatively. In some of the worst case, it leaves victims dead, maimed or destitute. And it also affects everyone in raised premium and in a claims process that would be less rigorous—and potentially less inconvenient to honest claimants—in the absence of fraud.

“It’s in insurance companies’ interest to pay honest claims as quickly as they can, but they can’t become Patsies to scammers, so they have to take a closer look at claims that have ‘red flags’ of potential fraud,” Quiggle says. “This may slow down a claim and be an inconvenience to a policyholder, but it’s also a necessary, rational and valuable business process that protects policyholders and companies alike.”

Burning desire. Financially strapped Mark Leonard botched an insurance arson of his Indianapolis home. A leaking gas line blew up the place, killed two next-door neighbors and leveled much of the neighborhood.

Puppy plot. Nearly 30 puppies cringed in their cages as Gloria Lee’s henchman spread gasoline around her Las Vegas pet shop for an insurance arson. Incredibly, Lee’s own store security cameras filmed her executing this scheme. The dogs were saved.

Spineless spinal con. Dr. Aria Sabit sliced open and fused spines of healthy patients to try and steal $32 million of insurance money. Some of the Detroit-area man’s patients were disfigured and permanently injured.

Unsettling settlements. Manhattan attorney Steven Krawitz stole $1.9 million of insurance settlements from nearly 50 clients. Most received no money; some were destitute. Krawitz even stole from a 96-year-old great-grandmother.

Unhealthy health plans. At least 12,000 consumers bought fake health coverage William Worthy sold throughout the U.S. in a $14-million theft. Many of the South Carolina man’s victims had thousands of dollars in unpaid hospital bills.

Lifeless life plot. Debt-ridden Jose Lantigua bribed corrupt officials to declare he’d died and was cremated in Venezuela. The Jacksonville, Fla. man tried to steal more than $9 million in life insurance. Except Lantigua looked nothing like the U.S. man whose identity he stole.

Deadly life insurance. Pierre Collins beat his son Barway to death, duct-taped his body and threw him into a Minneapolis river for a mere $50,000 in life insurance.