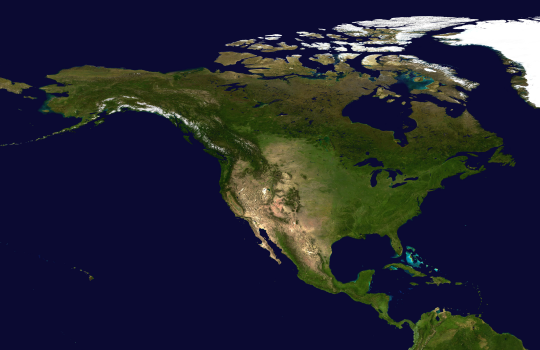 (The deal fits within Sapiens’ emphasis on the strategically important market of North America. Source: NASA.)

Sapiens International Corporation, has signed an agreement with a major U.S.-based insurer valued at approximately $30 million over the next two years. The deal extends an existing relationship between Sapiens and the company for the second phase of a multi-year, multi-phase technology and core system modernization program, according to a vendor statement. The client is using Sapiens’ technology as it core processing system during a major redesign of the insurer’s technology and core systems to support its market expansion plans. “We are extremely pleased that our client-partner’s confidence in Sapiens led to an expansion of the partnership, enabling us to bring both our solution and professional services in support of this game-changing modernization initiative,” comments Ron Karam, president of Sapiens’ North America Retirement Services and Insurance division. “Our new technology enables insurers and retirement services providers to optimize top-line growth with a wide range of products and features, while leveraging automation and straight-thru-processing to maximize productivity. It’s an exciting time in our industry and we have the advantage of being on the forefront of bringing positive change to the market and its consumers.”

The deal fits within Sapiens expansion plan in what it regards as the strategically important North American market, according to Roni Al-Dor, president and CEO, Sapiens. “Our product portfolio for North America has been expanded and currently includes solutions and services for the life and annuity, preneed, retirement and reinsurance markets, as well as business decision management software for capital markets,” he comments.