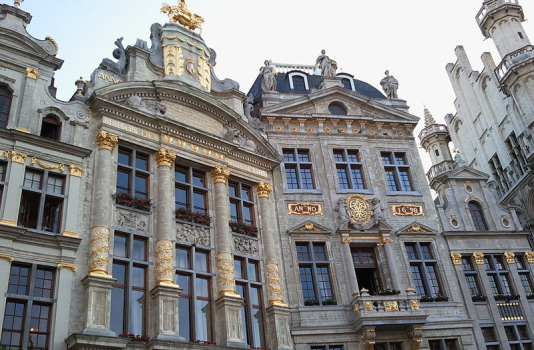 Ageas (Brussels) began exploring emerging insurance markets over a decade ago through distribution partnerships with banks. Within the last two years, the carrier opened up new life insurance companies in the Philippines and Vietnam, and began to plan other such ventures. These plans raised the question of how to speed up the creation of these entities, particularly with regard to the all-important IT component. Working with SAP (Walldorf, Germany), Ageas in Asia found an answer. “We made a strategic decision not to compete head-on with the established players, with all that implies about building large distribution forces,” recalls Hans van Wuijckhuijse, Ageas’ Regional Director of Business Development for Asia. “We decided instead to partner with banks as distribution partners.”

Avoiding relatively saturated markets in countries such as Japan or Korea, Ageas looks to nascent markets that have lower barriers of entry and greater room for growth. “Banks are expanding fast in these markets and are interested in adding insurance as complementary products to their portfolio,” van Wuijckhuijse explains. “However they lack the needed expertise—that’s what we bring to the table.”

Two years ago, Ageas was on the point of cementing more of such partnerships more or less at the same time, which led to exploring whether there was a smarter, faster way to set up greenfield insurers.

There are two basic challenges in setting up greenfield insurance operations, in van Wuijckhuijse’s view: licensing—which can vary considerably, depending on local regulations—and IT. “When you’re going to build a life insurance company, you need to bring in a lot of IT, and of different kinds,” he remarks.

Ageas considered two approaches to building the necessary IT capabilities: either starting with a core system and building around it subsequently, or going directly to an integrated suite, end-to-end approach. Van Wuijckhuijse wished to avoid the integration and data-related challenges with the core-system-first approach. “For example, when you start a data warehouse implementation after five years you have two three hundred spreadsheets and everybody sitting on his own truth and defending it with his life,” he comments.

“Initially we thought to take a somewhat broader approach including core and financial systems. But looking at what was and wasn’t possible, we ended developing a solution with SAP,” van Wuijckhuijse continues. “They have all the components. We asked ‘Can you deliver this as one set? And in the cloud?’”

In Oct. 2015, Ageas in Asia started an implementation project with SAP for a joint venture with a bank in the Philippines. On 1 March, 2016, the full suite went live. “It includes virtually everything that an insurer uses, except perhaps for the actuarial software,” van Wuijckhuijse says.

Because the suite runs on HANA, a data warehouse is a thing of the past. “We just do reporting on the actual data—we’re not going to run a data warehouse on top of it,” van Wuijckhuijse clarifies. “That gives you a single version of the truth, and you have the capabilities at the time you need them. You don’t have to select, integrate and to get rid of all the spreadsheets, for example.”

Enabling a Focus on Core Competency of Insurance

Having an integrated suite managed in the cloud confers two significant advantages, first that a large IT staff is unnecessary, and second that upgrades are not problematic—leaving the company to focus on its core competency of insurance. “It comes out of box as-is and we configure for processes, products and reports we need,” van Wuijckhuijse says. “And it’s not ‘SAP Insurance limited’—it’s a true Philippine insurance company.”

Building IT for a new life insurance company within five months was hardly easy, but it was very worthwhile in terms of immediate efficiencies and the leg-up it gives both to the Philippine company and others in the future. “Establishing the IT foundation creates a head start for a young company,” van Wuijckhuijse comments. “It’s a way to let business people work on differentiation without their thinking being held back by IT constraints.”