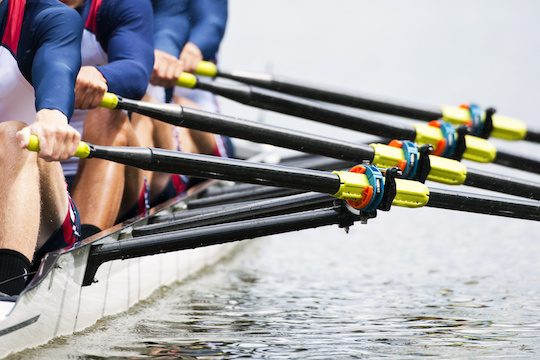 With the implementation of Guidewire Software’s  (Foster City, Calif.) Data Hub and InfoCenter products, Safety National (St. Louis, a member of the Tokio Marine Group) has completed a crucial phase of its transformation journey. While much work remains to be done, the insurer has enjoyed a successful run of implementations, beginning with core systems and ending the first phase with the go-live of the vendor’s data products. Safety National is now a full Guidewire InsuranceSuite user.

The significance of the milestone is not simply completing the full suite of core systems, but also the uniting of the systems’ data capabilities within a “single version of the truth,” according to Safety National CIO Chris Griffith. “This is the core of a major focus of our executive team—data, analytics, data quality, and governance,” he says. “We’re as much a data company as an insurance company.” In addition to the systems milestone represented by the implementation of Guidewire’s data and analytics solutions, the project has also represented a resolution of the buy-vs-build question for the insurer. “Historically, we’ve gone back and forth,” Griffith concedes, noting that Safety National has licensed several core systems, while also making decisions to build its own replacements.

This initiative replaces Safety National’s in-house built IMS system. The decision to hew to the “buy” option in this case came in part because Guidewire’s technology allowed the carrier to have what Griffith calls the best of both worlds. “We get present and future stability, but we also have the ability to configure the system to our needs,” he explains. “The uniqueness of our business remains inside, not outside the system—in the past we have had to do many things with external systems, such as spreadsheets. Guidewire is very powerful in this regard.”

Safety National began planning for its systems transformation in late 2015 and got the implementation phase of the project rolling in April 2016. Guidewire ClaimCenter went live in April 2017, followed by the initial rollout of PolicyCenter, Billing Center and Guidewire’s data solutions for the carrier’s E&S line of business in September 2017. Safety National added its cyber line of business in February 2018. “We’re live on ClaimCenter for all lines of business, and we plan to implement the remaining lines of business on PolicyCenter and Data Hub over the next three years,” Griffith reports. “We’re currently working on Commercial Auto, due to release in April 2019.”

On Time and Within Budget

Griffith describes the implementation to date as having been a very successful undertaking, coming in on-time and within budget. “We had a great implementation partner in EY [New York],” he stresses. Griffith also attributes some success to Safety National’s “two in the box” staffing model. For every EY or other consultant, the insurer pairs one of its own employees to tutor the contracted professional on the nuances of the system. “Around the midpoint of the project, we started leading more, with EY shadowing and mentoring,” he elaborates. “By the end of the implementation, we were fully capable to lead—and going into the second phase of the project, our team will be in charge.”

Letting systems integrators run an entire project is a valid option, Griffith acknowledges, but says the two-in-the-box approach fits Safety National’s culture better. “Teamwork is one of our core values—and we wanted ownership,” he says.

As a transformation, the Guidewire systems initiative is expected to bring a host of benefits to Safety National, starting with improved operational efficiency and employee productivity. The new systems will support a simplified underwriting process through automating manual steps; and the insurer anticipates increased responsiveness to business and technical requirements by bringing new products and product enhancements to market more quickly.

Safety National expects to realize a variety of opportunities to shift its professionals from low-value administrative tasks to higher-value work, and has already enjoyed a return on its investment through restructuring processes and workflow. For example, Griffith relates, “We have been able to reallocate staff in the claims department thanks to the efficiencies ClaimCenter has brought us.” Perhaps more important to realizing a more digital and innovative future, Guidewire’s Data products will allow Safety National to collect more measurable data points, map and convert data across the InsuranceSuite systems, and to consume both internal and external data sources for a variety of potential uses.

“The biggest benefit for Safety National is the completeness and accuracy of the data we can now gather through DataHub,” Griffith comments. “As data becomes the new currency, it is reassuring to know that DataHub will provide a single source of truth for us and will prove invaluable to the future of Safety National.”

“If you think about the decisions we make on a daily basis in claims, underwriting, business development, etc., it’s all about data,” Griffith elaborates. “Our executive leadership is talking about data—how to get better data. It will come from PolicyCenter and ClaimCenter, and from IMS for historical data; but we’ll also have the ability to go to external sources.”

“If you’re not competing with data, you’ll begin to fall behind,” Griffith continues. “There are many things in the digital space that simply can’t be done without the proper data foundation.”

Griffith sees a more strategic role for IT as the digital age proceeds, and sees an increasingly close partnership with the business enabled by adequate systems. “Data is becoming core to the decisions we’ll make as a company, and that’s why we need to be as much a data company as an insurance company,” he says.