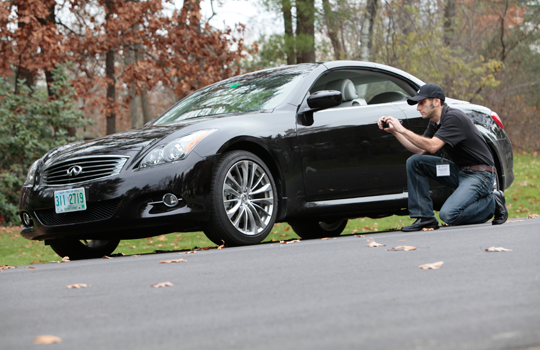 Resolving claims quickly and accurately affects both overall costs and customer satisfaction, so it’s vital to get accurate information in the wake of an auto claim. For SafeAuto (over $300 million in annual revenue), a Columbus, Ohio-based direct writer of non-standard auto policies, an important part of that information was photographic inspections of vehicles involved in accidents. That meant dispatching staff or independent appraisers whenever the Columbus, Ohio-based carrier received notice of loss.

“For a smaller company, it was an expensive model,” comments Leslie Redfield, director of Auto Physical Damage and Claims Quality, SafeAuto. “However, the assumption has always been that you had to go out and see these things in person.” OnSource works with over 10,000 contractors nationwide.

In an effort to find efficiencies, SafeAuto divided claims into tiers of severity, according to Redfield. The carrier classified as high-complexity cases in which severe damage made a vehicle undrivable; examples of moderate-complexity cases included hail or vandalism claims; low complexity cases involved relatively minor damage to vehicle that was still drivable. “We questioned how much sense it made to send an independent appraiser to look at low-complexity cases,” Redfield recollects.

Redfield already knew of a way to avoid dispatching appraisers, being aware of the services provided by OnSource (Braintree, Mass.) while working at another insurer. “We used them to take photos for inspections, and I knew that they took lots of high-resolution, high-quality photographs,” she recalls.

OnSource offers photo inspection services around the United States, using a network of over 10,000 contractors. “Once they’re accepted, we have a quality assurance component that scores every inspection they do,” explains Tim Schneider, the company’s co-founder. “Based on score we identify best performers and distribute volume accordingly.”

SafeAuto piloted the OnSource photo inspection service in Oct. 2013 and rolled it out to the entire claims organization in Feb. 2014. OnSource’s field professionals use a list of required photographs provided by SafeAuto and take additional photos where warranted in a given situation, according to Redfield. The photos are then sent to the carrier’s internal adjusters for review via SafeAuto’s claims routing and estimation system.

In the past, SafeAuto’s internal appraisers had to go out in the field to take the photos themselves, which had a considerable cost in time, according to Redfield. “When they were on the road, they were writing three or four estimates per day,” she says. “Through the use of OnSource, they’re writing at least 10.”

Redfield’s department has also been seen an over 26 percent in staff as a result of using OnSource, though she stresses that SafeAuto has not laid off any employees who worked in Auto Physical Damage and Claims Quality. Use of OnSource’s photo inspection process hasn’t added additional time to claims, whose duration is set by obligatory inspections with claimants. The carrier’s supplemental rate hasn’t increased either, indicating that the quality of the photographs taken has accurately documented damage. SafeAuto began using OnSource’s white-labeled mobile app in November that enables claimants to take their own pictures. The app instructs users which pictures to take—including of VIN and current mileage—and guides the users to the part of the car to target. The application will only complete the report when all necessary pictures have been taken. It also forces pictures to be taken within the app, which prevents the importation of photos taken at different times.

Redfield says that, unlike the contracted photo inspection service, the OnSource mobile app does have the capacity for reducing the claims cycle. “If the customer is willing to take the photos, it gets to us faster than if we had to dispatch one of OnSource’s photographers,” Redfield reports. “These days everyone is a photographer, and the photos they take are excellent. That makes it a win/win for both parties—they get paid faster and we’re able to close claims faster, which from an expense standpoint is very cost-effective.”

OnSource’s capabilities—which SafeAuto now uses for about 35 percent of its claims—represent a kind of paradigm shift for insurance claims, Redfield adds. “If someone would have said to me 10 years ago that it could be done this way I would have said: You’re crazy! You have to go out and look at the damage.”