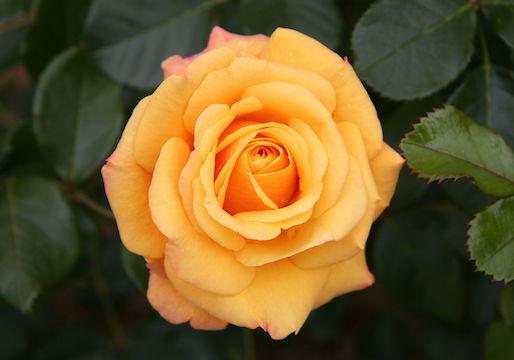 As participants in a service industry, insurance carriers differentiate themselves from one another in their product structure, service offerings to agents and insureds,  processes, and systems of distribution. It’s such a diverse industry that specialization and uniqueness in these areas becomes a means of gaining competitive advantage. The need for uniqueness clashes somewhat with the fact that insurance is the most evolved, standardized, and actively engaged in technological advancement, of any non-IT industry.

Adapting to the changing regulatory environment, and customer demands is the do-or-die mandate driving all distribution modernization. When one varies their distribution and product, as well as the way they provide service, it’s bound to impact thousands of business rules behind these changes. Over time, the latticework of possibilities becomes so complex that it exceeds the limitations of human cognition and only a technological solution can handle it.

Like companies in other industries, insurers face an array of strategic technology choices. For example, when one considers the business rules for a distinct distribution model, the carrier may want a completely flexible and different software structure from that of any other direct competitor. In an ongoing industry debate over optimal core process-management systems, there’s one contingent that favors SaaS (software as a service) and another that prefers PaaS (platform as a service). Why are some approaches good for some companies and not for others? I want to talk about each of these systems, and pose a different way to think about the issue.

PaaS and SaaS in Insurance Applications

Before we get started, let’s understand service offerings and how they differ.

The best way to understand these service offerings is to start with SaaS, the most abstract layer, and the one you may already be using today. A simple example of SaaS is an online email service like Yahoo or Hotmail. If you are using these email services, you are not hosting your own email server; rather, the service provider (Yahoo or Microsoft) is hosting it.

SaaS is geared toward end users, offering fully functional applications on demand to provide specific services such as email management, CRM (Customer Relationship Management, ERP (Enterprise Resource Planning), web conferencing, and an increasingly wide range of other applications. The service provider decides how many resources, servers, virtual machines, and network resources to devote to the application. You just point your cursor at it and start using it.

IaaS (infrastructure as a service), the lowest level of abstraction, is at the other end of the spectrum where preconfigured hardware is available through a virtualized interface or hypervisor. Here you can maintain control of your environment without the hassle of maintaining any equipment.

PaaS (Platform as a Service) is somewhere between IaaS and SaaS. PaaS gives your application developers the tools to develop that particular platform. PaaS suits organizations that are committed to a given development environment for a given application but like the idea of someone else maintaining the deployment platform.

In the IaaS model, carriers are provided an environment of their own, and they can install whatever software applications they want on it. A platform provides a lot of capabilities, but it’s kind of a do-it-yourself system or blank slate, which means the carrier will need to invest further in software applications, training, and time.

In contrast, a SaaS system, by definition, is a highly efficient multi-tenant environment wherein everything is shared with other users—the application server, all the software, even changes in function. And here lies the Achilles heel of SaaS: every time a change in the software is made for one user, it changes for everyone. In insurance, this means that those on the receiving end may have unwanted changes foisted on them, or, based on what we’ve discussed above about the industry, the user for whom the change is made would lose proprietary advantage, as all the other users would be privy to the change.

SaaS is a great system for many industries—say, accounting, or retail—where there isn’t a need for the software itself to be proprietary or bespoke. For example, for new accounting packages that are SaaS-driven, standardization is acceptable because no one needs an accounting identity that is different from that of other accounting firms. But in insurance, where everything is a security concern—from a PIN data breach to 50 competitors getting a preview of innovations a “fellow tenant” may be about to roll out—SaaS quickly becomes less attractive. Also, as most insurance carriers have data-heavy systems, a further case to be made is that they need their own servers, as sharing resources only merits consideration if the business is not using the full capacity of the server.

For those who see things this way, another related shortcoming of SaaS has been that users are forced to operate at the same pace as everyone else on their server. Whatever claims SaaS providers make about each user being able to function under their own business and application rules, the reality often is that if a competitor gets an upgrade to their portal, the SaaS user won’t be able to upgrade their portal until everyone else on the server agrees to and gets the same upgrade.

Until now, it appears that insurance companies have had the option to deploy in a multi-tenant SaaS environment or construct their own using a PaaS system. Neither one is perfect as both involve tradeoffs. Ideologues in favor of SaaS might argue that if a carrier digs in deeply enough with necessary design work, they can achieve the secure territory and uniqueness necessary in the industry, even in a shared space. And true, some applications don’t need to be unique. For example, it  may not matter if a carrier’s billing system is like everyone else’s. But when it comes to other areas, such as the agent relationship—which for most carriers is equally important, if not more important than the client relationship—a company needs to stand out if it wants to get wallet share. Is there a middle way of approaching this problem that might be the answer to more industry needs?

What if there were a way for companies to have the choice of using their own environment, but still having tailor-made software configured to their particular needs? If the hardware environment is provided and the software could be maintained, upgraded, and managed in the service provider’s data center with the carrier retaining control of the environment—wouldn’t that model serve more functions vital to the insurance industry? It’s right in the middle. This means the carrier would be able to buy the base software product they ultimately want to access, configure it to their requirements, receive enhanced data security, and keep the proprietary advantage over competitors without the hassle of maintaining the environment.

In thinking about this hybrid approach, I would like to introduce the idea of S-PaaS. Such an approach would combine some of the best features of the SaaS and the PaaS systems. It would be more secure and walled than conventional SaaS systems, but would provide the proprietary advantage carriers covet, yet take the burden of maintaining the environment off the carrier.

In the S-PaaS model, carriers would have the needed server capacity, and could control the environment and access to it. They wouldn’t be sharing it with any other insurers, and it would make integrations easier because it would all be in the same ecosystem. One benefit would be shrugging off the need for an infrastructure to keep the software alive. Another would be the carrier not having to pay hosting rates for hardware. Finally, there’d be the benefit of having it under their desk, instead of sharing it in a room with other insurers: a competitive-advantage and uniqueness that is so greatly desired.

A S-PaaS hybrid might just be the combination the complex insurance industry has been looking for in its quest to modernize distribution systems and other technology. Now that half the workforce consists of Millennials, the pressure is on carriers to find different, better, and more technologically advanced ways of interacting. Imagine what your insurance company is going to be—and imagine having a system that supports that vision without automatically providing it to five or ten other insurance companies that are sharing the same platform. S-PaaS might be just the right idea when it comes to giving a carrier competitive advantage.

Get Your Head Out of the Cloud: The Truth about Cloud Computing for Insurers