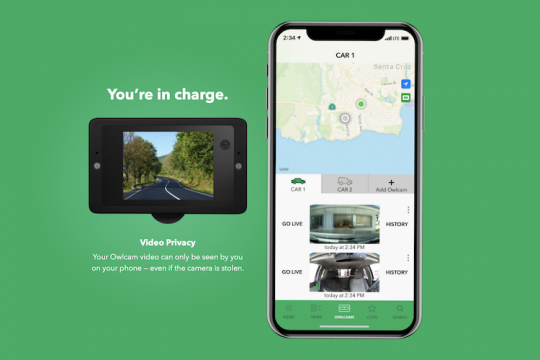 Root Insurance, a Columbus, Ohio-based startup focused on the digital mobile insurance experience, has announced a partnership and pilot program with Owlcam (Palo Alto, Calif.) that will utilize the vendor’s video security and safety system to streamline insurance claims and help customers take control of the claims process, according to an Owlcam statement. Owlcam recently announced the launch of its Crash Report solution and its work with three AAA-affiliated insurers. “At Root, we’re dedicated to promoting driver safety,” comments Kumi Walker, Chief Corporate Development & Strategy Officer, Root. “Owlcam is a leader in in-car video, and we know that video can help drivers protect their vehicle 24/7, and simplify the process of filing claims. We are looking forward to growing this partnership over time.”

During the pilot program, select Root customers will test how Owlcam services can impact driving safety and car security while simultaneously simplifying the claims process, according to the vendor. Owlcam features, which are designed to be easy-to-use, allow testers to quickly send video to Root to support any claims. The results could help to inform future Root discounts for consumers who use Owlcam, the vendor says.

When a crash or break-in is detected in a vehicle with Owlcam, a video clip is instantly sent to the driver’s smartphone. Within the Owlcam app, customers can live-view footage captured by the camera to see what is happening in real-time from anywhere. The video proof can immediately be shared with Root as well as police arriving on the scene. Owlcam also offers 911 Assist, a live operator emergency call response service, as part of its service plan. “Owlcam is revolutionizing automotive security, and Root is doing the same to the insurance industry, comments Andy Hodge, CEO of Owlcam. “Having video means drivers no longer need to repeat their story multiple times. Root’s emphasis on customer experience and driver safety aligns well with our mission to make dangerous places safe and secure with video and data, and to give drivers more control when a crash happens.”

While the pilot program is currently available to a limited number of Root customers, the companies say that feedback could lead to a broader partnership between the two companies.