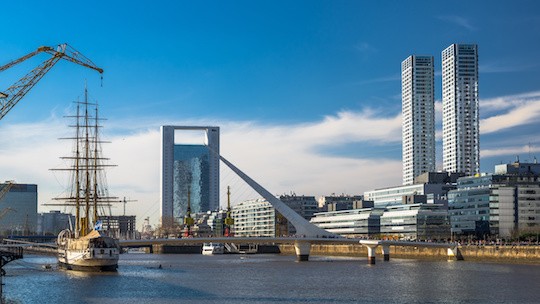 An insurance company’s ability to grow requires not only a business opportunity beyond the walls of the company, but the necessary technology capabilities within those walls. Guillermo Fracchia, CIO, Galicia Seguros (Buenos Aires, Argentina) has managed the implementation of new technology architecture, solutions and business process automation to support the company’s exponential growth and achievement of leadership in the territories it operates within. Fracchia’s contribution to Galicia’s technological preparedness begins with the core: he turned around a legacy system replacement initiative on a course to failure, and after attention to factors on both the insurer’s and the solution provider’s side, the new system was successfully rolled out.

Fracchia has overseen the development of a robust and scalable platform that includes workflow, rule engines, communications bus, services, and other capabilities, which allows the insurer to connect different channels and distribution partners (Call Center, Branches, ATM, HomeBanking, etc.), directly with company’s core system, making a variety of products available through those channels. He has also overseen the creation of a business intelligence (BI) platform that feeds directly from the insurer’s production systems, making the information available for decision-making on-line.

Service capabilities have also enjoyed high priority during Fracchia’s tenure, with Galicia launching a call center of 150 operators, on fully automated open source technology, integrated with the company’s CRM and core systems. Fracchia has also supervised the development of a contact center for 80 operators, which involved implementing a CRM system that reaches the entire organization. The CRM system is also integrated with the core and operates directly on it, with traceable, scalable, signal processes that cross different areas of the organization. The system operates as very high service levels and has supported the resolution of more than 80 percent of claims on the first call, driving a high Net Promoter Score.