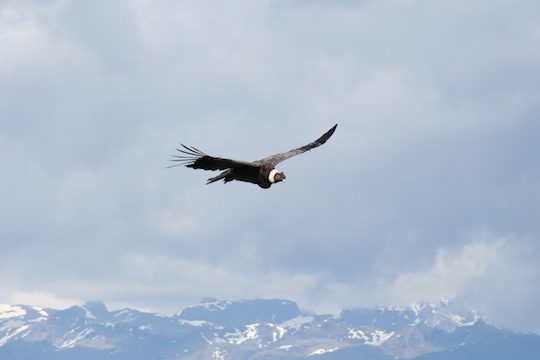 Guillermo Ramírez Sologuren, VP, Technology Business Solutions, RIMAC Seguros (Lima, Peru: approximately US$1 billion in annual written premium) has been described as an IT leader in the Latin American insurance industry. When asked what he’s done to deserve that recognition, he speculates that various certifications and awards might explain it. However, “Nobody does these things on their own,” he insists. “If a reputation has been made it’s not a personal matter; it’s so that the organization can have greater reputational value.”

Already a leader in the Peruvian market, RIMAC is assured of recognition as a modern, digital and customer-focused insurer, in significant part because of work accomplished on Ramírez’s watch. Ramirez characterizes his technology philosophy as taking industry standards as a starting point and building innovative solutions on that foundation. The awards and certifications mentioned above provide a good example of that point of departure. During the last five years, Ramírez’s organization has received ISO Operational Excellence Capability Certificates 9001, 20000, 27000 and 23201, as well as CMMI (Capability Maturity Model Integration) Level three certification, among other standards adopted.

On its foundation of technology excellence, RIMAC has embarked on a Digital Business Transformation Program, which has included the implementation of a variety of customer-facing capabilities. RIMAC’s Customer Experience Project within the program focused on the development of a mobile app with quote, sales, policy view and payment gateway, integrated with the insurer’s core insurance system.

On a strategic business level, Ramírez was tasked with enabling the opening of new sales channels and the rapid development of new products. That implied transformation of the company’s technology platform, with the principal pillars of the initiative being replacement of the company’s legacy life insurance policy administration system, development of a new Insurance Administration System (SAS) for multiple lines of business, the establishment of a Technology Administration System (SAT), a workflow system for controlling all IT projects and processes.

“In changing our core life insurance system—which had been in use for more than 20 years—we have gone from a centralized system with ‘dumb’ terminals to state-of-the-art technology with which we can extend many of our applications to systems used on mobile devices,” Ramírez notes. “With the SAS system, we not only enabled two core systems [for various lines of P&C, life, and health insurance] but also enabled the management of distribution through non-traditional channels, such as banks and retail.”

Ramirez (second row) in class with his doctorate program colleagues. (Click to enlarge).

RIMAC’s legacy life system was based in AS/400 technology, which made validation of business rules difficult, among other limitations. The system depended on Excel spreadsheets for detailed policyholder information, was difficult to customize, and had a low level of integration with other systems. The web-based replacement system incorporates product development modules; application of business rules; reliable policyholder data; and a high degree of integration with other systems, through the use of web services. The system went live for mortgage and credit insurance in 2013, personal life in 2014, compulsory life and group life in 2015, worksite in 2016, and universal life in 2017.

The SAS (Sistema de Administración de Seguros) also replaced AS/400 technology, whose architecture was an impediment to distribution through non-traditional channels. Development of the system began in 2012, and later that year went live for RIMAC’s auto insurance lines. Personal life was supported in 2014, followed by compulsory life, group life and P&C in 2015. Worksite went live in 2016.

The system brings a wide range benefits, starting with the capacity to rapidly implement and distribute new products across the markets RIMAC serves. The system provides e-policy capabilities in all distribution channels and simplifies policy issuance through elimination of unnecessary data entry. Core system functionality can be extended to any platform, including desktop, laptops and smart phones. SAS has enabled total paperlessness—a feature of a green IT approach implemented under Ramírez’s leadership—and through e-signature capabilities gives consumers the ability to digitally sign new policies. The system also supports a new online payment option; it records the details of transactions made and displays sales processing status for both the distribution channel and RIMAC.

Ramírez describes his approach to executing strategic initiatives as beginning with the development of a practical vision, and then communicating it effectively to his team. “My leadership philosophy is to empower people—especially young people who have proven competencies—to take on new responsibilities,” he says.

The Power of Communication

As a technology leader, Ramírez is a great believer in the power of communication, which he thinks is often deficient within IT organizations and between IT and the business. Ramírez’s tenure at RIMAC reflects the belief that teams whose members are encouraged to communicate generally work better together. His leadership style involves sharing his ideas with others in a way that mutual understanding is achieved, and he considers communication as critical to the success of IT initiatives both internally within the IT organization and among the users across the enterprise. For example, Ramírez identifies effective users of systems to become evangelists and sponsors, and he promotes the value of feedback across the company to maximize alignment and increase the chances of successful initiatives.

Ramírez is committed to constant improvement, including his own professional development. He expresses interest in becoming a member of a business school faculty, and is currently pursuing a doctorate in the government of organization. This will enable him to improve his competencies, with a view, he says, of “focusing on my understanding the complex human and technical universe of organizations in such a way that improves my ability to understand the needs of colleagues, personalize business activities with my collaborators, and increase my capacity to generate value.”