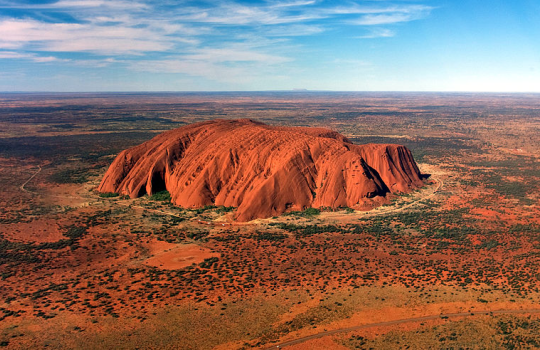 The evolution of insurance core systems over the last decade or so has gone from “build” to “buy,” from hard-coded to configurable, rules-based systems, and more recently from best-of-breed approaches to integrated suites of components. Today we’re seeing these suites increasingly delivered via a SaaS architecture and insurers are responding to its efficiencies and scalability. One, Inc. was built for the cloud, according to president and CEO Christopher W. Ewing. But One, Inc. aims beyond that mark, in two respects. The first is by providing a platform that functions much like the Salesforce.com model, functionally rich in industry content but highly configurable and transparently upgraded. The second way is that One, Inc.’s comprehensive platform is designed to supply nearly all the software needs of an insurer, from policy administration to e-signature.

One, Inc. markets three core platforms, which together make the InsureOne end-to-end insurance solution: PolicyOne, which includes policy administration, billing, claims and data capabilities; Agency Management, including the AppOne, LeadsOne and CampaignOne components; and payments processing, which includes ProcessOne, PortalOne and ContactOne. Following a spate of recent contracts and key hires, such as Joe Cannon, formerly of Guidewire Software, IIR took an interest in One, Inc., and decided to check in with CEO Christopher W. Ewing.

Insurance Innovation Reporter: SafeAuto recently expanded its relationship with One, Inc. to include the entire InsureOne platform. What was the significance of that deal to One, Inc.’s trajectory as an insurance core system vendor?

Chris Ewing, CEO, One., Inc.: We have now done 45 successful implementations over 28 customers, but SafeAuto will be the first carrier to implement the full suite, including direct, independent agency channel and as a retail agency.

We started out as an affiliate to an insurance operation that included a large retail brokerage firm, general agency and a carrier, where I was CEO of that holding company. We spent many years building systems for those companies and developed business acumen. Along with building software, we were running those businesses—which gives you a unique perspective on creating insurance systems. We had been building software for six years but didn’t go to market until we sold the insurance operations in 2012. We’re going to the market differently than many others. Generally in this market, policy people stay in the policy space, payments people in the payment space, etc. But those systems and more were built into our core platform. Additionally, along the way we have been users of some of our competitors and got acquainted with their shortcomings—which is what inspired us to build One, Inc.

IIR: And why the name “One”? Is that to emphasize that you offer an integrated suite?

CE: I would say that and more. Our vision was to build a software platform that would handle all of the core functions an insurer needs in one software solution—kind of an insurance company operating system.

The idea is the client can go to one company to get everything they need to run their business. Many insurance core system vendors’ suites comprise policy, billing, claims and maybe data warehouse; our suite includes core, agency management, lead management, data and BI and more. We won the SafeAuto contract against great competitors, but not because one of our products may have been better than theirs, but because we have products that they don’t even have. If they want to act as a carrier distributing via independent agents, our offering does that right out of the box. Same with direct-to-consumer. If they want to act as an independent or general agent, with our system they can do that, and in world-class fashion. In that respect it’s difficult to compete with us because when our competitors have three of the product types we offer, they’re still four short.

One of the reasons that’s compelling is that it extends the integration advantages of the integrated suite model. The risk of core systems transformations is actually in the integration points. Getting all the third-party providers, various systems and data stored in multiple warehouses can be very risky. And we reduce that risk by delivering a system that is integrated by design across much more than policy, claims and billing.

IIR: So you’re asserting that a suite with broader functionality eases the integration-related risks that much, while also extending configurability.

CE: Yes, but more than that. Our platform is also built on SaaS [software-as-a-service] architecture. Configurability can mean different things. Our systems are truly software that can be used by insurers just like people use Salesforce.com. Legacy systems are really custom software; our software lets clients use the feature-rich and configurable environment without having to undertake any custom development. As with SaaS architecture in general, all of our clients benefit from new features in the code, and they can get their new systems up-and-running in months rather than years.

IIR: When configurable, rules-based systems arrived on the scene, the rap against them was that they were built on the right concept, but they tended to be functionally sparse compared to legacy coded systems. And even today, configurability may only go so far in answering a carrier’s needs. How would you respond to that concern?

CE: The idea is to create generic interfaces that that can support the unique ways in which carriers differ from each other. That’s been an elusive goal for package system vendors. And we’re still not 100 percent; we still have a custom layer, but it’s much thinner than that of our competitors. The Holy Grail is to go live with a carrier with zero programming, and I believe we’re closest to getting there.