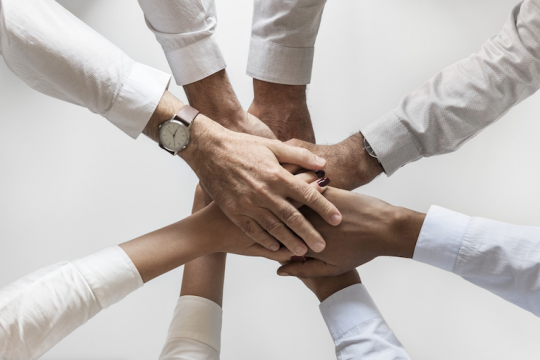 As powerful a catalyst as the pandemic may have been for driving certain kinds of changes in the insurance industry, two external pressures on incumbent insurance carriers are more powerful still. Those forces are customer demand and new carrier competitors, and in order to respond effectively, incumbent’s internal culture will be a decisive factor, according to Bryan Falchuk, Founder and Managing Partner, Insurance Evolution Partners (Boston), introducing the ITC Global session, “The Future of Insurance is, Culture?” 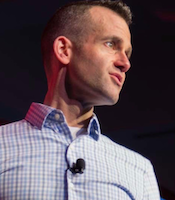 At a moment when consumers are least tolerant of insurers’ sluggish digital progress, technology-focused startup carriers have a natural ability to respond to their demands. “They’re not only meeting customer expectations, but in many cases they’re able to define the next generation of customer expectations,” commented Falchuk, who in addition to his role at Insurance Evolution Partners is author of The Future of Insurance: From Disruption to Evolution. Falchuk introduced his three insurance company CEO panelists as representatives of companies that have succeeded through changing their culture and their approach to customer expectations.

“I want to go around and hear a little bit from each of these CEOs about what was it that catalyzed the shift in the mindset, not only to respond in the immediate term with some of the changes that each of you has made, but what set the stage for a continued ability to innovate and evolve and move our industry forward,” Falchuk said.

Vern Steiner, CEO & President, California State Compensation Insurance Fund (San Francisco), discussed the company’s initiatives in the context of a struggling workers’ compensation market in its home state. “The California market nearly collapsed in the early 2000s and most carriers retreated or completely got out,” he noted.

Need to be Nimble

When Steiner joined the organization in 2014, he recounts that its morale and reputation were at a low ebb. “The kinds of interactions we had with our customers were really not very positive,” he commented. “We had really earned the moniker of the insurance carrier of last resort, so the strategy we decided to adopt was we need to be nimble, we need to be opportunistic.” 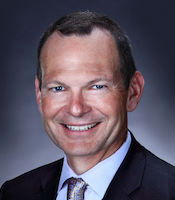 The company’s leadership decided that the keystone of its strategy was to focus on people. “We taught everyone in the organization how they should go about a design-centered change focused on the individual, and how to work with others to not just identify problems but identify solutions and test them continually,” Steiner said.

Steiner described a transparent process where ideas were considered in the light of how they were helpful to both internal stakeholders and end customers. The company’s leadership introduced the element competition to drive creativity. “You find the thing you want to change, the thing you want to innovate on, and then you present it; we will have an organizational wide competition and then we will implement,” he said.

While there was no guarantee that a given suggestion would be chosen, all were considered, and about 30 have already been implemented, according to Steiner. The impression to the staff was that they were being listened to and taken seriously. These changes “impacted people’s job satisfaction not merely because they knew they were being listened to, but because their job got easier,” he says.

The second panelist, Douglas Dirks, CEO & President, Employers Holdings Inc (Reno, Nev.), began by noting that, unlike in Steiner’s California example, Employers had a monopoly on workers’ compensation in Nevada. “Customers in a monopolistic setting tend to be somewhat of an afterthought, so changing a culture to make a customer centric was really the beginning of the journey as we were privatized and spun out from the state of Nevada,” he related. “We recognized early on that to be successful we are going to have to branch outside of Nevada.”

For all the challenges of the California market, it provided an excellent entry point for Employers, according to Dirks. “Just as California was getting as bad as it possibly could, we took $100 million and went into California believing that the opportunity would be there,” he said. 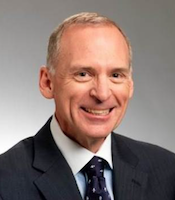 Today Employers does business in 46 states and the District of Columbia with what Dirks called “a very customer-centric focus.” However, he stressed, “the customer today is quite different from what the customer was 20 years ago.”

Not only are customers more demanding in general, but Employers is able to interact directly with more stakeholders owing to advances in technology. “The policyholder’s original definition that our customers were our agents is now turned into a definition that says not only our agents, but the buyers of a product or end-customers in a way they never were in the past,” he says. “In fact, they may do almost 100 percent of their interaction with you directly and very little through the placing agent.”

Dirks described an evolutionary process whereby building “monolithic” core systems that were laborious to alter has given way to an ecosystem of microservices built with APIs. “With APIs were able to build microservices on the outside of these core systems and really react very quickly to the demands of customers that demands of agents and, frankly, deliver a much higher, much more pleasing level of service,” he explained. “It becomes a very agile environment so that as customer needs change you can react in real time.”

Employers went on to launch a direct-to-consumer subsidiary to provide for customers who prefer to interact directly with the insurer. [See IIR’s story about how Employer subsidiary Cerity launched within 12 months, with a zero-infrastructure approach.] “We’re not telling them how they have to do business with us,” he elaborated. “We will do business with them however they choose and if they choose to use an agent were great with that in fact almost all of our business is produced through agents.”

Having the Right People ‘On the Bus’

The point is that Employer’s culture itself evolved to be responsive to changing customer and distributor demand, Dirks underscored. “When you think about what this organization looks like today—compared to what it looked like when we launched as a private carrier 20 years ago—it’s totally different,” he said. “It really is about people whether those people are your customers or your employees or stakeholders.

“The key to success, in our mind, is that idea that you have to put the right people ‘on the bus,’” Dirks added. “These organizations move very quickly, so you have to know that you’ve got total alignment—that people are on the bus, They want to be on that bus and they know where it’s headed. That really is what allowed has allowed us to move at the rate we have to deliver the innovation we have.”

The third panelist, Mark Russell, CEO & President, Ohio Mutual Insurance Group (OMIG), emphasized that the when he joined the company five years ago—a small regional P&C carrier based in Bucyrus, Ohio—it was very well managed and had strong culture defined in a document called Ohio Mutual Guiding Principles and embodied in the conduct of its associates. However, Russell decided to add to the document.

“After I got feedback from all of our stakeholders, I decided to infuse a couple new themes into the guiding principles, and those were earning loyalty and continuous improvement,” he said. “We wanted to set the stage for better associate engagement and innovation so that we could improve the policyholder and independent agent experience.”

Russell pondered the best way to create a structure to support the new goals within the small carrier’s budgetary constraints, keeping the problem-solving close to those tasked with serving customers. The solution was to tap internal talent, assigning three high-potential leaders to lead three discipline areas: 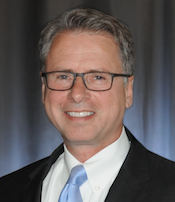 “We have a lot of fun with this,” Russell added. “We’ve tightly wound innovation to be focused on enabling technologies that improve policyholder and agent loyalty.”

OMIG also appointed an innovation team and engaged an InsurTech consultant to identify opportunities with startups, according to Russell. “I think we set up a pretty good structure but we needed to establish metrics and feedback systems, and also align the goal so everybody that they were all on the same page,” he said.

Russell reported that during the four years that the structure has been in place, OMIG has taken nearly four points off its expense ratio, its associate engagement scores are up significantly, and written premium has increased by 30 percent. “We’re still maturing in all these areas and we have a lot of room for improvement, but we just try to keep it simple focus on culture, earning loyalty and driving continuous improvement,” he said.

Russell advised other carriers to use team-based innovation. “Make sure your goals are aligning, and that you’re competing against your competition—not against each other,” he concluded. “We all win or lose together.”