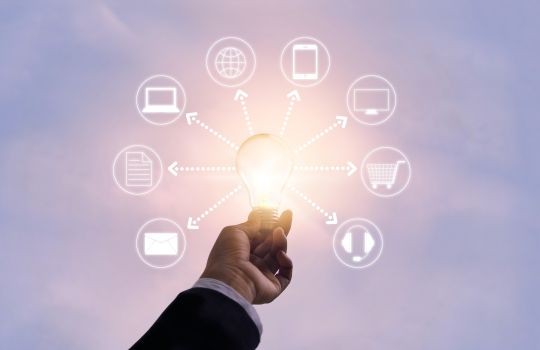 Let’s begin with a couple of observations that may be all-too-familiar to many industry observers, whom I ask to bear with me: In the case of distribution as in the case of other outward-facing functions, insurers have the reputation of being technologically laggard. Owing to siloed systems and business units, they have difficulty in providing a consistent and satisfactory customer experience. This has become a more urgent issue in the digital age, with insurers becoming more vulnerable to non-traditional competitors. What are some of the biggest issues insurers face in the meeting the challenge of distributing their products in a digital age, and how should insurers plan to overcome them?

(Editor’s note: These observations served as an introduction to a larger discussion Reinventing Distribution in an Era of Digital Disruption, featuring Deb Smallwood, SMA, and Tom King, Pega. You can access the discussion and presentations by clicking here.)

The category of non-traditional competitors potentially includes the big online services companies which specialize in areas such as data analysis or customer service. Notably among these is Google, which has made investments specifically in insurance distribution and thus presents a real and present danger. Studies have revealed that significant percentages of consumers are willing to buy from non-insurance entities, including companies such as Google and Amazon. With these pressures in mind, insurers face the threat of encroachment into their distribution channels and competition for ownership of their customers.

In the face of these challenges, insurers need to move as quickly as they can to a richer customer experience, including the shopping, quoting, application and binding processes, delivered consistently across a given consumers communication channels of preference.

Insurance Distribution is Not Easy

With all of the above said, perhaps we should relax a little in the knowledge that Google has closed down its Google Compare operation, which was its foray into insurance distribution. What does Google’s failure mean?

One conclusion we can confidently draw is that insurance distribution is not easy, and that outsiders may overestimate their ability to jump in and compete on this battlefield, to say nothing of insurers’ core capabilities of product creation and underwriting. But this should bring only limited comfort to any particular insurer or insurance distributor. Distribution was hard for Google for some specific reasons relating to its approach, but it was also hard for Google because it’s hard for everyone.

Of the litany of troubles I listed in the introductory paragraph, the only point invalidated by Google’s failure was that the online service provider was a real and present danger. It remains true that:

These difficulties were significant even before the age of anytime/anywhere computing. They are going to become more meaningful in an insurance market in which success means not only reaching customers across different communication channels, but potentially involving departures such as selling a competitor’s product for the sake of retaining customer ownership, or delivering new just-in-time insurance products at the point of risk—such as for travel, outdoor activities—or for things like rideshare transportation and other sharing-economy related risks that are yet to be addressed by the industry.

The Long Journey to Customer Centricity

Insurers’ distribution modernization challenges fall within the larger challenge of achieving customer-centricity. Customer-centric operations are always a good idea, but before the dawn of e-commerce, insurers could get away with their traditional conceptual orientation to contract, their internal social orientation to business unit, and their mostly accidental problem of system siloes.

That all has to be left behind in the digital age.

To paraphrase famous American business entrepreneur Willy Sutton, insurers need to be available—and be able to manage distribution—on all communication channels because that’s where the customers are. It’s as simple as that.

Well it’s as simple as that in conception. But, of course, it’s easier said than done. Insurers have worked very hard, and to be fair, they’ve enjoyed considerable success in developing tools to make it easier for producers to sell their products.

However, these efforts have still tended to conform to business and systems siloes and have not been combined with the larger issues of customer orientation. In the digital age, insurance organizations and their technical infrastructure must be built around the goal of reaching customers and providing an experience of the kind they’ve been conditioned to expect from other companies they do business with.

From Multi-Channel to Omni-Channel

Sometimes a new buzzword is created out of sheer exhaustion of its predecessor. That is emphatically not the case with multichannel to omni-channel. Multichannel distribution emerged in recognition that insurers had an opportunity to sell their products through other distribution channels and faced the threat of their competitors stealing a march on them by doing so.

Multichannel was an important step in the right direction, and a very successful one. But it’s an approach still hampered by many of the organizational and systems discontinuities we’ve been discussing. Multichannel coexists with those impediments; omnichannel represents their transcendence, bringing insurers into a world where they do  perform like companies in other industries that condition consumer expectations. It represents a state of systems continuity and data transparency that enables insurers to operate with agility in distributing new products through a variety of distribution channels, but also providing a consistent customer experience across all communications channels.

And as such it represents, and is part of, an advance on the journey to customer-centricity necessary to support not just distribution but all aspects of service, including those associated with emerging types of products and services in addition to insurers traditional indemnity proposition.

Archived Webcast: Reinventing Distribution in an Era of Digital Disruption