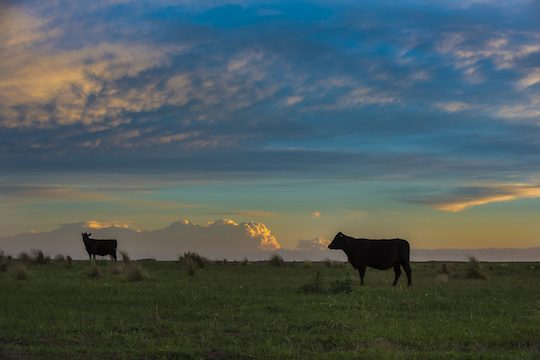 In 2012, the senior leadership of La Paz, Bolivia-based insurer La Boliviana Ciacruz (LBC) made the decision to separate from parent company Zurich Financial Services (Zurich). The strategic motivation was the belief that under local control the company could embark on a growth trajectory through the recapture of market share and the introduction of new products and services. Technology would necessarily play a starring role in the realization of those objectives, and in anticipation of the related challenges, LBC hired Boris O. Cazuriaga Cajías to lead the IT effort. 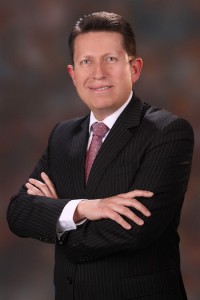 Separation from Zurich was an especially challenging task since LBC depended on its parent company for the majority of its IT services. “In order to achieve our objectives, we created an independent technological infrastructure that gains us efficiency and gives us the ability to achieve competitive advantages at the same time,” Cazuriaga comments.

A Time of Global Transition

Cazuriaga sees LBC’s independence challenges within a broader context of change that requires an adaptive technology philosophy. “We’re in a moment of global transition in our way of life, which produces scenarios where change is constant,” he says. “To face them, it’s necessary to adopt a different way of thinking than in the past, where training becomes a critical success factor, and the speed of business innovation is largely dependent on technology.”

In the initial change scenario of separation from Zurich, LBC had to take several steps to achieve technology independence, including: the implementation of new financial and enterprise software; the migration of 11 years of records; setting up of a new domain, DNS and mail and messaging services; changes in name and image for all electronic documentation; and the founding of an IT security department.

But that was only the beginning of LBC’s new journey. In order to become a more competitive market player, the company needed to solve operational problems and ramp up its operational effectiveness, according to Cazuriaga. Most importantly it needed to do the work of creating new products, and renovating service and distribution. That involved implementing new service capabilities and electronic billing channels, and integrating systems to external entities, such as the Bolivian National Tax Services, and bank and broker distribution partners, among others.

“As a result of this work, following the transition from Zurich, we achieved significant growth associated with increased profitability,” Cazuriaga relates. LBC saw gross written premium (GWP) climb from less than US$60 million in 2012 to nearly US$80 million in 2014. The company saw a corresponding spike in return on equity (ROE), which peaked in 2013 and has remained substantially above pre-Zurich levels through 2016 (last reported year), which also saw GWP over US$80 million.

Under Cazuriaga’s technology leadership, LBC has renovated its important bancassurance distribution channel. The integration of the insurer’s systems with its bank partners includes the ability to use electronic forms completed at the financial institution directly with the client; analysis of automatic coverage limit and approval by the bank; collection by automatic debit from the bank’s systems; and claims management directly through bank facilities.

“In order to take full advantage of our strategic alliances with financial entities, we have built interconnected service systems into their systems, which cover the entire product lifecycle, from electronic service request to issuance, to billing to claims management,” Cazuriaga elaborates. “The advantage of what we’ve created is that the financial institution doesn’t need to know the characteristics of the insurance business—we bring that intelligence to the systems.”

After separation from Zurich and integration with bancassurance partners and other external entities, the third pillar in Cazuriaga’s strategic brief was the optimization of IT service. Given LBC’s post-separation growth ambitions, this meant the extension of modern digital capabilities to end customers. But the provision of reliable, predictable and user-friendly digital capabilities for internal users was an important area of improvement for LBC as well.

Cazuriaga characterizes that aspect of digital transformation as the creation of an autonomous and transparent infrastructure. “This was supported by implementation of the entire infrastructure based on transparent schema for the end user, from the migration of Lotus mail to Exchange/Outlook to the use of a new accounting system,” Cazuriaga recollects. “LBC’s operational continuity was prioritized in order to avoid impact on the business.” 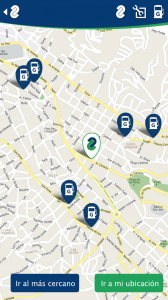 Seeking to improve customer loyalty, LBC developed new billing channels which bring its end customers the convenience of electronic payments, interbank transfers, automatic debit, and payment through the interbank network, as well as the option of mobile collectors who visit customers. “In addition to having electronic invoicing via web and validated by the National Tax Service, these services are appreciated by our customers,” says Cazuriaga.

Since separation LBC has also launched its first customer self-service mobile app, called “LBC Express.” The application, which was downloaded 5,000 times during its first month of availability, has functions including the ability to call for roadside assistance, make first notice of loss, and locate needed services—such as hospitals, police stations, LBC offices, repair shops and service stations.

Since technology was key to LBC’s ambitions as an independent company, its IT organization has an important role in shaping strategy, according to Cazuriaga. “We have created a Technology Committee that presents strategic issues to the executive staff and creates an opportunity to discuss guidelines for future plans, investments and technology projects supporting growth,” he explains. “We have built spaces to be able to discuss technology at the highest levels of the organization.”

LBC has also enjoyed a transformation in the way it thinks about its IT professionals, Cazuriaga suggests. “The old forms of motivation, organization and control in the workplace are obsolete—especially with the incorporation of very young people with high skill levels,” he says. “This creates leadership challenges, as older and newer technologies live side by side, and which require different management approaches. I think we’re enjoying the best of both worlds, where we understand the need to listen and encourage the creative energy of every member of the team.”

“Since 2012, the company has embarked on a path of innovation that assumes new technology in its operation as a key success factor,” Cazuriaga adds. “The transition from the Zurich group to the company that operates today has been clear and effective—and has resulted in a favorable response from the market.”