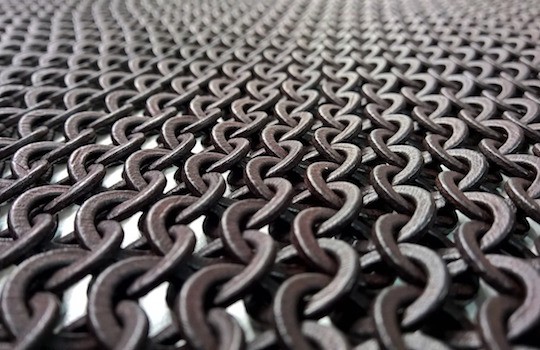 According to the Coalition Against Insurance Fraud, insurance claims fraud has reached an estimated $80 billion dollars a year. New technologies like blockchain are beginning to change the insurance industry and are spanning across high-value asset areas like diamond and fine art theft all the way to the most common of every devices—mobile phones.

In 2015, a start-up called Ascribe raised $2 million and launched a new platform for claim attribution around art, creating a digital fingerprint or blockchain-based authentication around art. Similarly, Everledger markets itself as a permanent, immutable ledger for diamond certification and related transaction history, providing verification information to insurers, owners and law enforcement alike around this high-value asset and other high-end luxury goods. Rather than rely on a material, serial number, the technology creates a digital fingerprint for the object, stored on the blockchain that can then be digitally verified when validating insurance claims. These start-ups are demonstrating the transformative potential of blockchain for insurance.

Global insurance organizations have also recognized the potential for blockchain to reshape the insurance industry. In May of 2016, blockchain was adopted for a claims record system for re-insurance in London and analysts such as Matthew Wong of CB Insights are predicting other applications such as next-generation mutual insurance, where people pool their policies.

With the insurance blockchain an evolving reality, insurers should ask themselvesl:

What’s your insurance criterion? An important first step is to establish an insurance criterion for lost or stolen property, such as mobile phones, that can be coded into smart contracts in order to authenticate the claim. Blockhain-enabled payments could then be automatically occur when the criteria is met. Blockchain-authentication applications should consider these important data sources as part of that process: police report, verification insurance is current, phone owner identity check, phone status check (eg. Has it been jailbroken or tampered with?), phone usage and payment method.

Who needs to get on board? Insurance claims for lost or stolen phones is one area that insurers are best positioned to solve, as it would also require cooperation with the major global telecom companies like Verison, T-mobile, AT&T and others to extract the data needed to authenticate claims and automate smart contracts. Given the fragmented nature of these participants, blockchain is a smart solution to increase data transparency.

What longer-term benefits might there be? Being able to assess risk and process claims in real-time following a natural disaster like a hurricaine, tornado or flood could have a tremendous social impact if done well. Insurance companies are considering using drones and other new technologies to speed assessments, better calculate liquidity risk related to near-term payouts and an established blockchain network could help to speed these important projects.

After decades of technological stagnation, there are exciting innovations transforming the insurance industry. The list of applications for blockchain within the insurance industry is a growing one, and new companies are popping up every day to help solve them. Where does that leave insurers? There are certain areas where insurance companies can be spending their own time and innovation energy with blockchain that it’s unlikely outside companies would be able to solve on their own—like insurance for mobile phones. In the future, the past will be written on an immutable ledger—and retail customers will be able to automatically execute claims based on codified insurance criteria and indisputable events determined by an authoritative source.