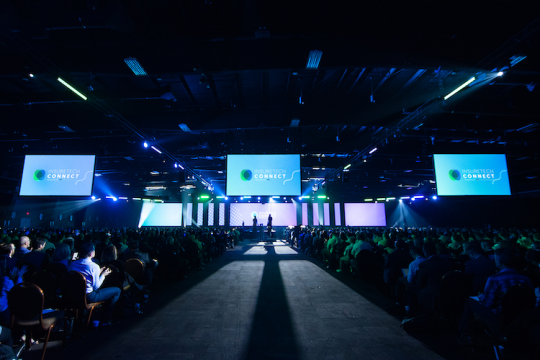 It’s only been a few years since InsurTech really got started, and there has been some question as to how much it represents an investment bubble. However, according to Willis Towers Watson’s Quarterly InsurTech Briefing, Q1 2019, the most recent quarter marked the highest-ever number of transactions for a quarter, with 85 deals worth a total of $1.4 billion. The report, which was produced in collaboration with Willis Re and CB Insights, notes that this is the third straight quarter with over $1 billion of funding coming into InsurTech. It remains to be seen what the destiny of InsurTech will be over the long run, but it seems more likely to be a permanent adjunct to the insurance industry and its vendor ecosystem than a passing fad. To discuss the maturing of the InsurTech movement, we reached out to Jay Weintraub, Co-Founder and CEO of InsureTech Connect (ITC), which has become the premier event covering the InsurTech movement. Attendance at ITC’s annual event has come to serve as a rough proxy for the popularity of InsurTech. Given that the event launched in 2016 with 1500 attendees and is expecting more than 7000 attendees from more than 60 countries this fall, “peak InsurTech” still seems some distance off.

Insurance Innovation Reporter: In past years, observers have asked how much InsurTech represented a kind of “irrational exuberance”—or insurers desperately throwing money at the problem of rapidly changing customer expectations. Is it safe to say now that the InsurTech movement has matured into something more stable that delivers value to insurance companies?

Jay Weintraub, CEO & Co-Founder, InsureTech Connect: I do think that InsurTech has stabilized beyond irrational exuberance. Startups are still expensive, there’s still a lot of money coming into the space, and still more to come. So, I don’t think the movement has peaked. The value conversation is certainly the right one to have at this point, and it is in many ways harder to answer because an insurance company’s ability to recognize that depends greatly on size and sophistication of the insurer. Certain kinds of insurers—a major life carrier, for example—does one or two pilots a week. That velocity is impossible for a company not as large, which hasn’t transitioned to cloud and doesn’t have agile development teams.

I recently communicated with a company founded in the 1870s that transitioned from mainframes in 2012 and implemented flexible IT architecture. They talk about the skills, culture and know-how their associates will need to succeed today and in the future. They talk like a Silicon Valley startup—that’s the kind of insurer that will be able to get value from InsurTech. Insurers need to get themselves in a position to recognize value, to identify the low-hanging fruit of value, to be able to invest money in startups and work with them to create new products and integrate new technologies in a way that can still work with old products. IIR: How should insurers think about the pace of change today with respect to the urgency of their investing in and planning to derive value from InsurTech?

JW: It’s interesting to look back on the personal lines P&C side about 20 years ago and see the changes driven by Progressive, GEICO and others. Failure can have a long tail in this industry—if you’re big enough it’s like a slow melting iceberg. However, if you don’t make the right investments, in time the iceberg will melt.  The InsurTech movement matters because, while it may be that many invests won’t pay off today or tomorrow, nevertheless 20 years from now you don’t want to wake up realizing you’ve squandered your market position.

Many people know where things are probably going to end up: we need faster seamless claims, we need to select risk better, better products, achieving customer centricity and building what the market wants. Those things are fairly obvious. The challenge is in discerning which one is most important to your company and by when? That’s what insurers need to figure out—where do you place your bets and how much time do you have?

IIR: That makes a lot of sense in the abstract, but how does a visionary executive persuade the senior leadership of a company of the urgency of investing in InsurTech?

JW: I think maybe a better way to look at it is from the perspective of a board member who must understand the way the world is going. If I were a board of an insurer, my question to the leadership would be, “What are you doing besides supporting an accelerator, or opening up an innovation lab? Tell me more about what we’ve achieved from this?”

IIR: I think this goes to a question that keeps popping up in InsurTech discussions: It’s all very interesting to explore the clever applications being created by startups, but how are insurers actually absorbing InsurTech innovations?

JW: That is ultimately the question. An example comes to mind of the recently announced partnership of Bold Penguin with Progressive. Bold Penguin didn’t set out to have enterprise SaaS as part of their business, but it turns out that enterprise carriers have big pain points that InsurTech startups can help them with. As a company based on personal lines auto insurance, Progressive probably didn’t think they would have so many customers asking them for lines of business they don’t write. Their challenge is to make the web and behind-the-scenes agent experience the same. The ideal solution for small commercial was a company that could help them match risks to agents. Examples like this show the potential value of InsurTech.

Unqork is another example. They’re the envy of so many with the breadth of tier one clients—it’s amazing. If you want to make a change to a product, much of it is hard-coded and even one small change can be an expensive time-consuming endeavor. Unqork enables business people to make changes to policies or products without having to code, and it call also help insurers with managing their filings. Something so little can free up an amazing high-cost bottle neck, and perhaps most importantly, it can free developers to focus on innovation. When it comes to startup insurance propositions, Hugo (withhugo.com) is an interesting example. Hugo lets drivers buy personal auto insurance for a specified length of time, with the ability to pause when not using the car. The founder focused on the fact that there’s a significant proportion of people who would buy a policy only to have proof of insurance—and cancel the next day. Even with the penalties levied on cancelation, it was less expensive for those drivers. Hugo saw this was a failure for everyone, but you have to rewrite rules for insurance to be bought in a different way. It shows that regulators should look at InsurTech with optimism not suspicion.

IIR: Jay, to conclude, I’d like to address how InsurTech is likely to factor into the evolution of the insurance IT organization. If insurers are increasingly accessing InsurTech capabilities, large and small, durable and ephemeral, in a plug-and-play kind of environment, how is that likely to shape of the insurance technology organization of the future? We’ve seen the buy-vs-build question answered; are insurance IT organizations going from an emphasis on “buy” to one of “manage”?

JW: I’ve talked to insurers who believe 100 percent that it will, and others who aren’t so sure. I believe that even now there’s a component of build that will enable them to do their core jobs better. But I do think that in general insurers will be moving increasingly from “buy” to “manage.” I also think there will be a behind-the-scenes battle for the management layer, or gate keeper to enable functionality. That seems to have been the case in other verticals, like CRM and Salesforce—a single player makes a land grab, embedding in such a way that makes them hard to dislodge.

There are some carriers that still haven’t even transitioned to the “rules-and-tools” package core systems. However, in general, it seems reasonable to expect a further horizontalization of the insurance supply chain where insurers focus more on their core competence and work with partners for non-core capabilities. Carriers won’t need the same level of IT they have had historically, if we make a distinction between IT and “tech.” IT tends to imply maintaining stuff, but what will be needed increasingly is not the need to code in a particular language but to architect and manage.