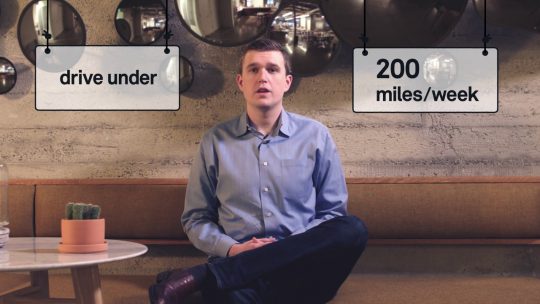 A year ago this month Metromile announced that it would acquire an insurance carrier using a portion of a funding round totaling $191.5 million. The carrier in question was Mosaic Insurance (Lynwood, Wash.) licensed in 50 states, bought for $22 million. This summer, the company announced the launch of an automated claim service powered by artificial intelligence (AI). Metromile’s understated press statement noted that the new service featured a “smart claims assistant” named “AVA.” Some industry observers could be forgiven that the import of the announcement was that the company had joined other insurance sites in launching a chat bot; however, AVA represents the culmination of Metromile’s journey to apply its innovative core technology across the entire insurance value chain. Insurance Innovation Reporter recently discussed the deeper significance of AVA with Metromile CEO Dan Preston.

Insurance Innovation Reporter: While you’re a fairly well-known figure in the insurance industry at this point, maybe you could say a little bit about how a former Stanford University student of machine learning and computer science ended up here.

Dan Preston, CEO, Metromile: The catalyst for starting the business was the concept of per-mile insurance—it’s actually an old idea that we saw could be enabled by new technology, namely a dongle that could be connected to a port within a car. We knew early on that the data from the dongle would be extremely valuable beyond simply tracking the number of miles. I joined as CTO before launching the first product around 2011. We saw that we had an amazing opportunity to change how customer experience would look, as well as seeing the potential for data science to fundamentally change the economics of the insurance business.

IIR: Where did you initially see your role in the market? DP: We’ve always been, effectively, a technology company first and an insurance company second. Early on, we weren’t sure that it made sense to become a carrier, as opposed to simply enabling the best technology and working with partners to scale it up. But eventually we found that to deliver a truly transformative experience to customers, we had to handle the entire insurance value chain.

IIR: And that necessitated acquiring the carrier?

DP: Yes, the biggest reason we bought the carrier was for our ability to handle the entire claim experience and deliver the ultimate vision there, the vision of the claims experience that is now part of AVA.

DP: For a start, it’s a departure from the manual process the prevails to one degree or another at a traditional carrier to distinguish what claims need more attention or don’t. What we found was all we needed to do was ask customer a couple of questions through the Metromile mobile app.

IIR: Take us through the process, as experienced by the customer.

DP: The customer has an accident and either then or later pulls up the Metromile app. They’ll receive relevant questions depending on their location. We’ll know through the dongle whether they’re at the scene of the accident. We’ll ask minimal questions to get the policyholder what they need and get the claim handled accurately. The user is directed to take a picture and get insurance information from the driver, then they can pause or submit the claim right then. About 70 to 80 percent are immediately approved, and policyholders are given the option for direct deposit and can pull up a list of shops and schedule repair. In simple cases, they never have to talk to an adjuster.

IIR: How many questions do you ask?

DP: For the majority of cases, five to seven questions. In some fairly rare cases, we may ask as many as 20. What’s nice is that it not only provides a seamless customer experience to policyholders, but it also reduces costs—which gives us the ability to reduce rates.

IIR: Where is AVA in all this? Metromile’s announcement about the new capability described AVA as a “smart claims assistant.” What exactly does that mean?

DP: AVA is the unified AI platform that drives the decisions. AVA isn’t the tool that customers see, but when claims adjusters reviewing claims will see “AVA did this, AVA did that.” It’s like a super adjuster that is actually enabling the claim experience.

IIR: So AVA doesn’t function like a chatbot but is actually opaque to the user.

DP: Right. I was disappointed to see a story that listed AVA among other chatbots since it’s not a chatbot. AVA is what we call our connected intelligence platform. It consists of a few key components of how we measure the risk proposition that comes down to pricing, underwriting and claims. The data science effort we’ve made to enable those functions are shared with each other to create a holistic understanding. AVA is all that, but it’s also the interface that policyholders interact with: the customer queries the back end to enable the product experience.

IIR: That seems much bigger than a “smart claims assistant,” or indeed a capability for processing claims.

DP: Yes: it’s fair that someone thought it was a bot. What really matters is that a policyholder can interact with AVA to get a claim done really easily and quickly. It just turns out that AVA is this behind-the-scenes platform, effectively the risk engine that drives our business.

IIR: Could we look at AVA as a utility derived from your risk engine?

DP: Yes, though in a sense AVA is more than the risk analysis engine in that it takes actions. To give an example, it has the models to verify claims, it declares a claim as such and executes it. It will take the process to the next stage, reach out to the glass repair vendor, towing, body shop, schedule appointments and communicate back to the customer what needs to happen.

IIR: So it’s like a utility or even a delegate or ambassador for the back end.

DP: That’s a nice way to put it, though you can’t separate the brain from the body. You can think of the risk engine/connected intelligence platform as AVA’s brain. We view the capability as a holistic entity.

IIR: And its activities interact with your claims management system?

DP: Yes, Guidewire ClaimCenter. AVA analyzes data from multiple systems. It’s all custom built and runs out of Amazon Web Services. We leveraged a lot of open source technology. Apart from ClaimCenter, everything is built in house.

IIR: So having got to this stage, what are next steps for AVA and Metromile?

DP: We feel that what we’ve done to this point is built the right foundation to grow from here. There are a number of aspects of the claim experience we want to improve, including processing different kinds of claims and expanding that to more people. We’ll be watching how people interact with AVA, so we’ll be very focused on claims over the next month. We’re in seven states now and plan to grow into more states, including larger and more populous ones, such as New York, Florida and Texas. [Editor’s note: Metromile currently does business in California, Oregon, Washington, Pennsylvania, New Jersey, Illinois and Virginia.] We’re focused on building better risk products with better claims, and potentially new pricing models.

IIR: Might AVA be extended to provide “smart assistant” capabilities to other customer services?

DP: Yes, over time we see the platform, perhaps under a different name, providing services outside of claims. The goal is to reduce friction and make things as easy as possible.

Metromile Gets $191.5M in Funding, Will Acquire Insurer