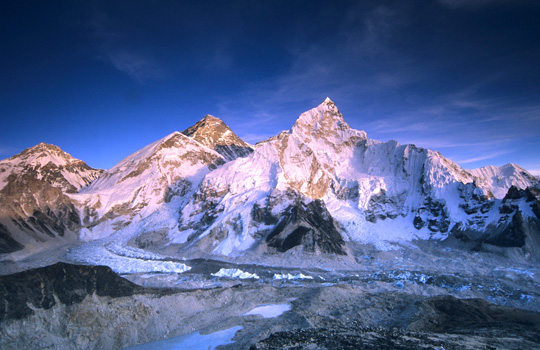 (Photo courtesy of Everest Re)

Earlier this fall, Everest Re (Warren, N.J.; about $19.8 billion in total assets) made insurance IT news as the first customer of Xuber’s reinsurance core system, a new offering resulting from the vendor’s over $31 million investment in its commercial insurance platform. Sandeep Bajaj, Everest Re’s senior technology officer spoke to Insurance Innovation Reporter about why the insurer chose Xuber, and how the investment in the vendor’s modern reinsurance system fits within Everest’s data-driven underwriting strategy that drives differentiation through internally built capabilities. Everest reported $4.3 billion in gross written premium in 2012, with a combined ratio of 93.8 percent.

Insurance Innovation Reporter: Tell us a little bit about why Everest Re went looking for new core system capabilities.

Sandeep Bajaj: Everest has historically held down its expense ratio and, from an IT point of view, it had been managing very well with the existing systems. We felt that we had derived maximum ROI from the system that we had and that it had served us extremely well. However, to be better positioned for growth we decided that we needed to reinvest in our core technology platform. 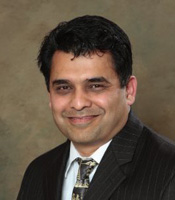 IIR: Could you elaborate a little on Everest’s growth strategy from a business point of view and how the company’s technology moves are intended to support it?

SB: Competition is increasingly data-driven, and so there is increasing business demand for more sophisticated tools. During the last couple of years, the volume at a detailed level has increased exponentially, so we need to be able to sift more granular data to be able to get the right return for the risk we’re taking. We believe we can differentiate ourselves that way with the front-facing tools we’re developing, and we’re relying on partners such as Xuber to provide us with the capabilities we need in the back office.

IIR: What were some of the specific technology capabilities you sought from a vendor in order to support the growth strategy?

SB: First, we wanted modern technology, such as Xuber had. Second, we wanted greater capabilities to integrate with internal systems, such as our homegrown pricing tools and our document management system. Finally, we wanted to be more responsive to making changes required by the growing needs of the business.

IIR: Could you connect that to what you were alluding to earlier with regard to Everest’s business strategy?

SB: I would start by saying that our IT investments are aimed at continuing to support the kind of initiatives that Everest has made on the underwriting side over the past couple of years. As Everest continues those initiatives, we want to bring efficiency to the back office systems and greater integration with our broker systems. That objective led us some time ago to decide not to seek a complete core system suite but rather to build our own underwriting system and leverage packaged back office systems for claims, accounting, reporting and retrocessions.

IIR: So you’re pursuing a hybrid build-and-buy approach to systems?

SB: Yes. Our strategy is to retain greater control over the things that matter most to us and provide the kind of differentiation that I alluded to earlier. We wanted to focus on capabilities that differentiate us from our competitors by building systems that empower our underwriters and actuarial units. Xuber fit in very well because it provided us with similar capabilities in the back office and allowed greater automation. So it provides us the ability to focus more on our internal capabilities – straight-through processing from underwriting through reporting.

IIR: What further advantages were there to choosing Xuber over other core system vendors?

SB: Well, we had a history with the company. We were an existing client licensing the IRIS system for our European offices. One extremely impressive aspect of Xuber and its parent company Xchanging is integration with the London market. That, along with Xuber’s strong EDI capabilities and understanding of the Lloyd’s market, was a key differentiating factor that made us look harder at them.  Also, Xuber was among few vendors willing to sell components in modules. It was very important to us that we retain our internal components and, through them, control of our own technology destiny. The features of their platform and the capability to integrate with our internal pricing and underwriting systems convinced us that their technology vision was in synch with our own. The configurability of the system opens the way to a worldwide single platform, which is what we’re also striving towards.

IIR: What about Xuber’s qualities as a reinsurance system per se? One of the complaints that we often hear is that few vendors have invested in reinsurance software. We reported recently that Xuber has invested $31 million in its systems, Xuber for Reinsurance included within that number.

SB: The first comment I’d make is that there aren’t many reinsurance system offerings that even claim to be configurable. Secondly, one of the key differentiators for Xuber is their understanding of the reinsurance business. They’ve been in the business for a while, so they already had rich functionality. That gave us greater confidence than in someone who might have been building a reinsurance system for the first time.

IIR: When did Everest begin its search for a new core system, and when did you sign with Xuber.

SB: We began the process in mid-2012. We engaged seriously with Xuber in June 2013 and undertook an engagement study to get a further understanding of our requirements and the nature of their system prior to signing. We signed a contract in early November 2013.

IIR: What are your plans for implementation?

SB: It’s a little early to commit to dates, but I will share that we expect to see ROI in less than five years. In the shorter term, we expect to see some softer benefits. By integrating with broker systems, our internal staff will be able to spend less time on administrative tasks and more on analyzing information.

IIR: Looking at the Xuber investment in more of a “big picture” sense, what kind of company will it help Everest Re to be?

SB: Our aspiration is to be “best in class” both as an underwriter and from an ease-of-doing-business perspective. We are well positioned to be a big company that deals with its customers as if it were a small company. An important part of that is the way Everest looks at IT. It’s hard for us to think of IT and the business as separate things. Everyone in this company is somehow involved in the development of technology, whether personal tools or enterprise software – it’s all related, and we’re making decisions based on it. So we look at it as leveraging this user base, or looking at the whole company as IT, in a way. We have a lot of power and talent, and we tap into it in different ways. In the end, it’s about the data and the speed with which we can make decisions. We apply that same philosophy, with the same technological support, in all product lines, and in both reinsurance and direct business.