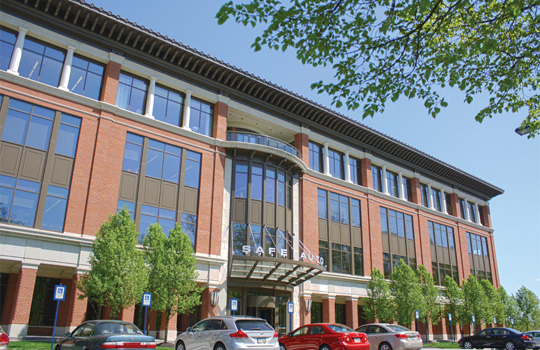 Toward the end of last year, SafeAuto (Columbus, Ohio) completed a major replacement of its claims system based on Guidewire’s InsuranceSuite. The upgrade for SafeAuto, which has annual revenues of more than $300 million, comprised the implementation of Guidewire ClaimCenter, Thunderhead.com’s form-generation capabilities and a document-storage solution in OnBase. Working with Capgemini as its implementation partner, SafeAuto rolled out the solution for three states initially in November 2013, with plans to rollout the system for the 13 remaining states the carrier does business in by the end of 2014. SafeAuto’s customer mission of “keeping you legal for less,” puts the carrier in competition with insurers such as The General, Titan, Direct General and Infinity. And in the non-standard auto market as with others, competition requires keeping pace with changing customer demands. For SafeAuto, the times required what Sr. VP & CIO John Kish characterizes as an initiative to both modernize and consolidate systems.

IIR: Why was modernization necessary for SafeAuto? What kinds of capabilities had become necessary, both in terms of customer-facing functionality and back-office efficiencies?

JK: Our legacy systems were built specifically for our needs and gave us an edge in the marketplace for many years. But times and technology have changed, and as we sharpen our focus on serving our current policyholders and growing in the market, it’s essential we stay efficient, nimble and flexible. Modernizing and consolidating our systems is one of our highest-priority initiatives to help us operate and grow stronger and smarter. IIR: When did you begin to act on the imperative to modernize?

IIR: How did the decision process take shape with regard to what you needed to do and how?

JK: We have a long heritage of building our own systems. SafeAuto recently celebrated its twentieth anniversary, and its systems are largely homegrown. Like many companies, we’ve been looking to replace some of our core systems for some time. That’s something that you have to approach very carefully and deliberately. We ultimately decided to buy rather than build, and we looked at quite a few vendors. We identified Guidewire as the marketplace leader, a good partner with a reputation for continued investment in their product.

JK: It was an important consideration. Often in a software selection process you want to boil the contenders down to a number – Vendor A scores 51, Vendor B got 52, etc. But it’s more than that. Risk mitigation is a major consideration. Once you have the baseline qualifications met, it’s about the business fit. We’re the largest privately owned nonstandard, direct-to-consumer auto insurance carrier, and it was very important to us that the people we chose – Guidewire and Capgemini – understood how our business was different than similar companies that might operate through agency distribution.

IIR: What was behind your choice of Capgemini as an implementation partner?

JK: We evaluated Capgemini along with several other vendors. They won based on depth of experience with Guidewire’s technology and their experience with other insurers with business models similar to ours.

IIR: Tell us about SafeAuto’s existing claims technology, and what the first phase of the transformation program needed to address.

JK: We had two custom-developed legacy claims systems, one we developed internally, and one with a third party. They were running claims processes in different states. We decided to consolidate those to lower our operating expenses in claims handling.

We undertook a significant planning effort through the majority of 2012 and began work in early 2013. We piloted the week after Labor Day, with three states up on the new system. We put five more up during October and completed the rollout to all of our states by mid-December. Now it’s a matter of getting claims volume on ClaimCenter, letting volume diminish on our legacy systems and doing a conversion process. It’s been a very smooth rollout.

IIR: What’s your plan for conversion?

JK: It will be a manual process where we’ll take any open claims and move them over. We’re letting time work for us: we know that most physical damage claims will be closed six months from opening; others will last longer, such as bodily injury claims, so we’ll move those over manually. Some carriers would do that in automated fashion, but the economics didn’t make sense for us.

IIR: In addition to the core Guidewire technology and the Thunderhead.com claims forms and letters capabilities, will you be introducing other ancillary capabilities as part of the overall transformation initiative?

JK: We are investing significantly in our data analytics environment, which is a major theme of the initiative. We’ll need to be able to consolidate the data from our three systems — our two home-grown systems and Guidewire’s ClaimCenter — to do stronger analysis. We need to standardize and structure that data so that we can measure the business the way we want to.

We are also investing in web and mobile technology to enhance our distribution capabilities. In December we released our first mobile app, which enables customers to make payments and also serves as a digital ID card that the police or DMV may accept.

IIR: You spoke earlier about the decision to consolidate your custom claims systems in order to reduce loss adjustment expense. Could you elaborate on the efficiency gains SafeAuto expects to enjoy:

JK: We’re looking for solid operational efficiencies related to claims handling, principally lower cycle times and faster, more accurate resolution of claims. That will help us to continue to be a leader in the minimum limits segment. We have a fairly price-sensitive customer base, and if we can do better with internal costs, we can do a better job with rates to our customers.

IIR: With the ClaimCenter/Thunderhead.com launch complete, what are the next steps in the transformational program?

JK: The follow up on the rollout will be pulling the plug on our legacy claims systems. We plan to do that sometime by the end of 2014. We’re still in the planning phase for the policy and billing systems, which we are considering implementing concurrently. It’s early to put any timelines on those activities.