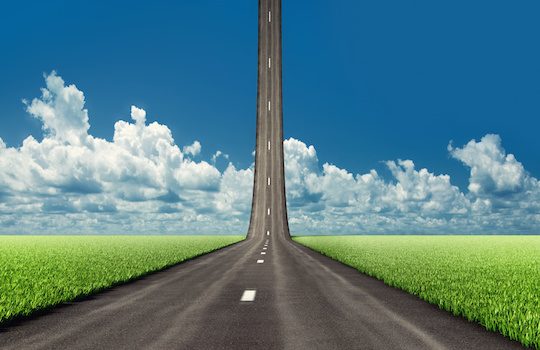 The Global Insurance Accelerator (GIA) began operations in 2014, making a pitch to insurers based in and around its home city of Des Moines, Iowa to become investors. Seven of those insurers said, “Yes,” enabling the organization to get off the ground. The GIA drives an accelerator program for early-stage companies building solutions to support the insurance industry. It provides seed funding, networking with mentors, office space Des Moines, 100-days of on-site support, and time on stage at its annual Global Insurance Symposium, attended by hundreds industry executives. The GIA recently announced its 2018 cohort of companies, raising the number to eight from six in the previous years, owing to increased demand for inclusion in the program from startups, as well as greater organizational and mentor support from a larger GIA investor base.  The organization also annually runs an InsurTech Week event, hosting 10-15 promising startups for a week-long immersion program. It differs from the GIA Accelerator Program in that no equity exchange takes place, and there is no residency requirement, making it easy for later-stage entrepreneurs to participate. Today the GIA counts 14 investor companies, including companies far from Central Iowa, including Mutual of Omaha, Allstate (Northbrook, Ill.) and Voya Financial (New York), W.R. Berkley (Greenwich, Conn.), SFM Mutual (Bloomington, Minn.), and Markel (Glen Allen, Va.). Insurance Innovation Reporter: How have things changed since the GIA’s launch in 2014?

Brian Hemesath, Managing Director, GIA: Initially when we pitched insurance carriers we sought mentors exclusively from among senior executives. The original thought was that high-level executives could open doors and make decisions. Today we invite all sorts to be mentors because we need people with broader experience and, frankly, more available time. It’s the difference between someone who can open doors and meet only once or twice within the 100-day period and someone with both more time and more relevant specific knowledge. A VP of actuarial or claims will have more direct understanding of the details that make a startup service more valuable. The CIO can open doors, provide budget and scope to work, but the VP of claims is in the thick of it and will know all the nuances and be able to see where the efficiencies lay.

IIR: The GIA has also expanded geographically. Though it has “Global” in its name, it had a local flavor at its founding.

BH: There was somewhat of a different idea between the people who named it and those who worked with it. In 2014, all seven carrier investors were based in Central Iowa, and most will tell you that when we started they thought, “Wouldn’t this be great for Central Iowa!” However, today six of our 14 investors are headquartered outside Iowa. Those six are less concerned with improving Central Iowa’s insurance ambit, but they understand that Des Moines is a great place to locate an accelerator because of all the resources that are here.

IIR: In a more general way, how would you characterize the relative maturity of the GIA of today to the one of earlier days?

BH: I would say the maturity has increased tenfold. We’ve really hit our stride in terms of what we’re able to do, and what may have been strenuous before is now fun. We’re still a small organization, from an administrative standpoint, but we have this down very well. We’re not bursting at the seams, but our investors know what they can expect from us and have given us a long leash. The InsuranceTech week is a good example. This October 22-26 will be the fourth year in a row for that. We’ve also built a kind of mini-InsurTech expo, featuring roughly 25 startups at various stages of development whom we showcase for two hours and provide three free passes. This may sound trivial, but it’s a big step up from regular registration, not just as a matter of cost but because during the event a huge influx of people go through the expo, giving the startups a great opportunity to get exposure and network. I like this approach because we’re putting these new faces in front of insurance professionals right out of the gate, making early connections.

IIR: How have the investors—the participating insurance carriers—matured in their role since founding?

BH: The maturity is evident in the carriers we’ve worked with. In the early days it was, “Great: show us what innovation looks like, what these startups do.” Today it’s, “Hey, Brian, show us which startups can help us.” When we come into the office it’s a highly engaged process; the carriers are more prepared, they understand better what stage the companies are going through and how they can work with them.

IIR: Would you say you’ve helped to institutionalize how insurance carriers can consume innovation from entrepreneurial companies?

BH: Yes, I think that’s fair. Of course, it’s an ongoing process. Part of our orientation this year was to help startups understand carriers’ daily lives and to have empathy, in order to understand their pace and decision-making process. They need to understand that there are lots of layers at carriers that mean they can’t move so fast.

IIR: How do you think of your mission along with other accelerators?

BH: We all play very nice because we have complementary services and business models we offer the startups. We don’t really compete with each other. The carriers don’t have to choose between us because they get tremendous value working with one or all of us. Same with the startups, and in fact the new path for startups is to work with multiple accelerators.

IIR: What do you see as particular strengths of the GIA?

BH: We’ve really found our stride in the market of accelerators with the depth of relationships that we build between startups and carriers. It’s attributable to our mentor program. I hold my investors accountable. We take great care in selecting the startups, and when they’re not getting the support they need, if the investors are not engaging, we ask why. Fortunately, that doesn’t happen very often.

IIR: How have you observed the industry to change as the GIA and other accelerators have become established and InsurTech has become a big thing?

BH: B: The industry today is a consumer of startups. They’ve learned to do that. Various entities hold competitions and expositions, e.g., ACORD, InsurTech Connect and Di-In, the accelerator programs and insurers labs. And all the carrier venture funds: American Family, MassMutual, StateAuto Labs, Nationwide—all these and others have significant venture funds. All of these things are contributing to the industry’s ability to consume startups.

IIR: What’s planned for the future in terms of events and goals?

BH: If we’re going to daydream about what we can do and think about the positive impact we and other accelerators can have, there’s vision of how we can help regulators, impact policy changes, how we help distributors be more effective. We’re working closely with the NAIC, we’ve got a past history of working with the Iowa Commissioner’s Office. The GIA is in a great place to bring a lot of people together because of our model. We’re driven to make the industry better. I’m not trying to sound altruistic. To some degree this is about capitalism, but we’re not bound in our mission. We’re here to help the industry improve.

Supporting these startups will always be core to our mission—we’ll support that next claims app. But having the ability to look at regulation how GIA can also have a positive impact. To date we haven’t engaged much with agents and brokers and we would love to explore that further as well.

Editor’s note: This article was amended post-publication to include further names of GIA’s out-of-state partners and to note that InsurTech week’s no-equity-exchange policy is to accommodate later- rather than earlier-stage companies.