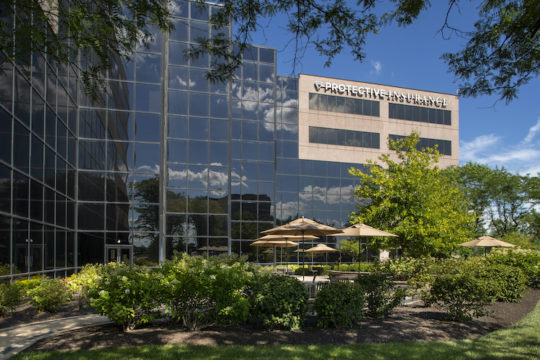 Protective Insurance (approximately $572 million in 2019 GWP), a Carmel, Indiana-based property/casualty carrier specializing in property, liability and workers’ compensation for trucking and commercial auto insurance, has enjoyed significant profitable growth during the last few years. With that growth has come the challenge of dealing with the inefficiencies of manual processes. Protective reached out to Roots Automation (New York) for help in bridging systems’ discontinuities with the vendor’s “Digital Co-Worker” cognitive robotic process automation approach, according to Lea Lundquist, Protective’s Vice President of Claims. 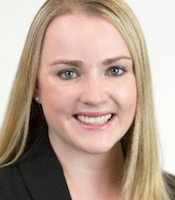 “As our business portfolio and written premium increased, we needed to solve for making our processes scalable,” Lundquist recalls.

In mid-2019, Jeremy Johnson was appointed as CEO by Protective’s board of directors as the right executive to guide the company through continued profitable growth, and an infrastructure and technology transformation. Johnson, who joined Protective after eight years at AIG, most recently as president of the company’s U.S. Commercial operation, introduced his new colleagues to Roots Automation, with whom he was already familiar.

“We invited them in after I had made a list of things that I thought we might be able to fix with bots, with my limited familiarity with the technology,” Lundquist relates. “They then came in—while you could still meet in person—and said, ‘Here’s where we think you have opportunities.”

Protective spent a couple of months of due diligence comparing Roots and other suppliers, while also bringing aboard some senior additions to its technology team. “IT ensured that we did a proper review to determine that we were going in the right direction, but it was a fairly quick selection process,” Lundquist says.

The Birth of ‘Roxy’

Roots introduced to Protective the concept of creating a Digital Co-Worker to integrate into its processes. Lundquist said that personalizing the bot with the name of Roxy helped to speed what she describes as a “very fast” implementation using Agile methodology. “We created a profile of an employee the way we normally would,” she says. “She has logins and is scheduled just like a human would—we even got an automated email alerting us to the fact that our new employee hadn’t received new-hire training.” 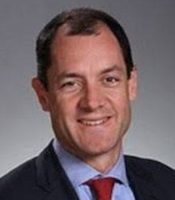 As the two companies finalized the contract process, Lundquist’s team got down to figuring out precisely what Roxy would do. “Once we sat down with her, we were able to dive deeply into what we were doing manually and design Roxy to take on those tasks,” Lundquist explains.

By April 2020—within four months of beginning the implementation phase—Roxy was online. “This was at the period where we were suspending in-office operations due to the pandemic,” Lundquist says. “We had a two-week pause associated with taking our workforce remote, but the implementation still went very quickly.”

Lundquist cites Roots’ “service orientation” as a major factor in the ease of implementation. “They were very patient, especially in the building of our first bot, when we most needed it,” she recounted. “There were several meetings where we said, ‘We thought we’d included everything, but actually we need to get this in too.’ There was never any hesitation on their part, just a readiness to do what we needed to get done. It was a very positive experience.”

Roxy was programmed to send letters to claimants. “She produces and packages the letters to be printed and mailed—this includes a variety of letters from acknowledgement to new claims and closing letters and others, across multiple lines of business,” Lundquist says. “In addition to an easy implementation, we’ve been able to do more with Roxy.”

For example, Protective recently updated mileage reimbursements for workers’ compensation claims, which can vary considerably by state. “We didn’t have to create a whole new initiative,” Lundquist says. “It’s seamless to make updates, such as letting Roxy know that California has a new mileage form.”

The Birth of ‘Rex’

Based on the success of Roxy, Protective’s team embarked on a second bot for Claims. “We created Rex to solve for another heavily manual process, which was indexing documents into our imaging system—which can take a surprising amount of time,” Lundquist observes. “The best thing is that Rex is available when we need him. Let’s say there’s a big claim demand package with ample documentation—that could take significant time to get processed and uploaded, but Rex is ready when you need him and can take whatever time is required. A human worker would have other responsibilities that could cause conflicts and delays.”

Protective’s initial success goal for its bots was a rate of 85 percent of tasks completed without human intervention. Lundquist reports that both Roxy and Rex deliver well above this target, consistently hitting a rate of more than 95 percent. The insurer has now begun building its first bot for its underwriting department.

“We’ve had such success with Roxy that we have doubled the number of letters she sends in six months—and this is because it’s so easy to modify her responsibilities,” Lundquist says.