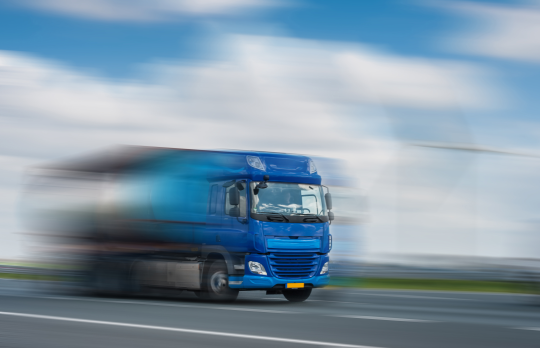 Creating a claims app is a good move for carriers focused on improving customer service through streamlining first notice of loss and subsequent steps in the claims process. For that reason claims apps are common. However, when ProSight Specialty Insurance (Morristown, N.J.) decided to create its collision-related mobile app, its reasons were different, and the insurer insists that it’s not really a claims app. Rather, while ProSight Mobile addresses the process of documenting an accident right after it’s happened, it is an incident reporting app aimed at addressing a particular pattern of insurance fraud. The initiative grew out of a meeting with attorneys who noted a pattern of fraudsters filing suit immediately before the statute of limitations ran out. Perpetrators target commercial vehicles, counting on the defending company’s difficulty in producing detailed information related to a reported accident that has happened nearly two years earlier.

The account of this pattern resonated with ProSight’s executives, according to Darryl Siry, Chief Digital Officer, ProSight. “The fraudsters would wait to the last possible moment and assert that there were great damages for injuries and say we owed millions,” he explains. “We had several come in literally at the two-year deadline and we had great difficulty finding the driver involved or relevant data.”

Having become aware of the problem, the insurer developed the concept for the ProSight Mobile incident reporting app. The app lets drivers report claims directly from their mobile devices, shortening reporting times, creating transparency between the driver, risk manager and ProSight, and archiving reports for future claims. The app is integrated with a claim management platform that helps fleet owners reduce claim costs and expedite claim resolution. The app saves time in the claims process and also protects drivers from false allegations.

The dimension of efficiency, while very important, is something of a by product, according to Siry. “When you’re a large personal lines carrier, your focus is making the claims process as efficient as possible,” Siry notes. “Our focus is on the large, orchestrated fraud.”

The Need for Ease

Critical to the success of the app was making it easy for drivers to use while capturing the necessary documentation and triggering the right actions. “During the design process we relied on user feedback to make simpler and simpler to use in term of prompts,” Siry relates. “We built-in the assumption that someone on the side of the road will be a little stressed out while we’re trying to get that important information from them.”

ProSight also emphasized the interest of the driver in order to foster greater adoption. “The fleet manager can tell employees that it’s important, but we market more to the drivers as a way of protecting them from someone accusing them of something they did not do—‘People will hit the brakes hard to get rear-ended and they will make life difficult for you by trying to put you on the hook’,” Siry explains.

ProSight departed from past initiatives by taking the native mobile apps approach rather than web apps. The insurer debuted the app in June 2017 through a live pilot involving 16 clients. There are now approximately 170 registered drivers using the app. “This is still a small portion of our clients, and auto liability exposure is a pretty large slice of our business, representing perhaps thousands of drivers,” Siry says. “We focused on a small section where we had existing relationships with fleet managers—with any new technology product, we like to roll out in a way that we can debug and perfect it.”

Instances of the kind of fraud that ProSight Mobile addresses are not frequent but can be very severe, resulting in losses in the millions. Since rollout, ProSight has logged three incidents that had the potential for fraud. In one, a driver ran a red light to hit a ProSight client’s vehicle. The incident was captured first through SecureFleet, a hardware-based program for addressing dangerous driving behavior and other risks. “The video makes clear that our driver wasn’t the one running the red light, and the driver then used ProSight Mobile to take all the necessary pictures and gather the other driver’s information,” Siry recounts. “This incident could have resulted in a claim pitting our testimony against theirs, but between the camera and the app, we have abundant data to clearly understand who was at fault and what the damages were.”

ProSight is currently wrapping up the initial pilot phase and meeting with fleet managers and clients, according to Bobby Henderson, Director of Digital Products, ProSight. “We’ve had meetings with insureds and we’re gathering their feedback, collecting information on any issues, getting drivers on board, and learning what we can through this process,” he says. “Sometime after September we’ll be making the plan for further rollout.”

In making the business case, ProSight didn’t calculate a specific return on investment, according to Siry. “The culture of ProSight isn’t one where we get too bogged down with over-rigorous cost/benefit analysis for any given initiative,” he says. “We had this spark of innovation that had its genesis in a meeting, and we thought, ‘Hey, if we could get something in the hands of drivers to circumvent this, even if we prevent just one case, it will more than pay for it.’”