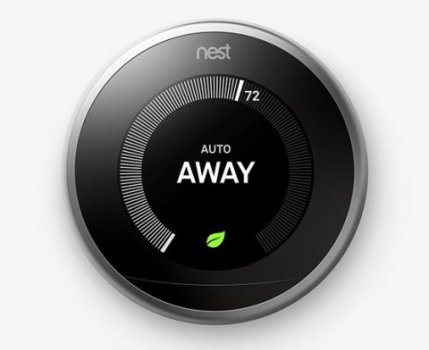 The entry of Apple, Google and Amazon into the IoT and smart home space created huge interest, particularly when Google paid $3 billion for Nest after four years trading. With Microsoft quietly building their presence in the IoT, it seems that the market is really starting to take-off and the multi trillion-dollar growth forecasts are realistic. However, skeptics are sharpening their knives after hearing the recent news that Google is unhappy with the financial results from Nest.  The very public argument between Tony Fadell, the founder of Nest, and Greg Duffy, the founder of Dropcam, the camera company Nest acquired for a mere $550 million just two years ago is drawing added attention.

Is this a sign that the forecasts for the IoT and smart home are overstated or just a bump in the road with one of the big players getting it wrong? Hindsight is obviously easy, but in reality, many people were surprised when Google acquired Nest for $3 billion. The more charitable assumed Nest had some secrets in the pipeline that justified the valuation, others just thought it was typical of the excesses of Silicon Valley. The big question is: what will all this mean for insurance companies starting to think about innovating in the smart home space?

When Nest first came to market they showed how the IoT and connectivity could be used to reinvent an everyday device. It transformed the traditional thermostat into a super cool product with an exciting service supported by a very slick app user interface. It did something retailers and thermostat manufacturers thought was impossible and got consumers to pay more than 4 times the traditional price.

As a device manufacturer, Nest created a brand and was a huge success, but there were fundamental flaws in both their strategy and business models given its ambitions for the smart home and IoT. The Nest thermostat was a single, proprietary, point to point (P2P) solution; it was just one product with an app. P2P solutions for various connected devices such as door locks already existed and they initially did well there is a big difference between a smart device and a smart home.

The Value of an Open IoT Ecosystem

There was early evidence from door lock manufacturers that the ability to work as part of an open ecosystem is critical to success. Consumers may be drawn to a new, super cool device but they quickly recognize the limitations. They do not want to stand on the doorstep opening the door with one app, controlling the thermostat with another, lights with a third app, and so on. The value of the IoT is not that we can talk to a device, but that devices can talk to each other.

Other companies did less marketing and more thinking. Samsung saw what Smart Things had done by building a hub and ecosystem of devices with an open architecture that allowed developers free access to innovate and build complete smart home solutions. Lowe’s, with its Iris platform, and Home Depot with Wink had similar strategies for the smart home. All the main service providers, AT&T, TWC, Comcast and others developed their own smart home solutions built on service platforms. The retailers and service providers had similar models that focused on giving consumers breadth of choice with what are considered ‘curated’ solutions; these are managed ecosystems of devices built round a hub and cloud platform with a bundle of services.

Nest does not accept this model and they are trying to compete by slowly adding more proprietary devices and working to lock partners and consumers into their ecosystem. It added a camera with the acquisition of Dropcam, and tried to reinvent the fire sensor, but it was not great commercial success.  Nest has started to open its APIs so its products could work on other service platforms, but it has limited access—this has created new issues for channel partners and consumers. There is no doubt that Nest has great smart devices but it is not a smart home provider. As the IoT rapidly expands, Nest’s business model will continue to struggle.

The moral for insurers thinking of innovating in the smart home would seem clear. Define your vision, agree on your strategy and be clear about your business model at the outset. Insurers will need partners, and ultimately, the choice will depend on future ambitions.

Bundling simple, narrow, focused propositions with brands like Nest may actually make sense in the short term because it creates instant buzz, is low cost and low risk; however, in the long run, it’s likely to deliver limited benefits. Given the strategic nature of the IoT to insurers, it will probably pay to commit and invest in developing a broader, open, smart home solution that can scale over time.