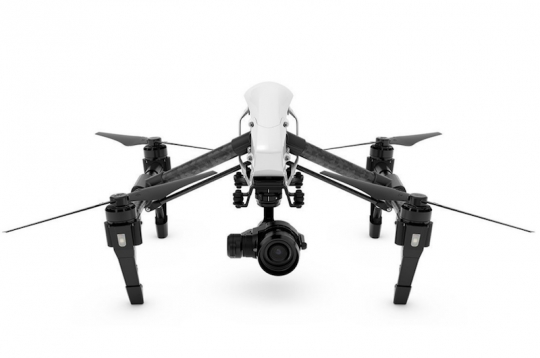 In its 2017 report titled “Drones: Reporting for Work” Goldman Sachs estimated the addressable market opportunity for drones globally between 2016-2020 to be $100 B, of which the insurance claims drone market was estimated to be worth $1.4 B.

But the report did not address the wider opportunities in personal and commercial property insurance: underwriting, pricing, risk prevention, traditional and virtual claims management, fraud detection, product marketing or the use of images from satellites, fixed wing aircraft and drones including photos and streaming video.

Whatever the actual size of the total insurance market opportunity, the impact of current and future applications for aerial and drone images in insurance will be enormous.

Industry observers are just beginning to recognize the transformation in property insurance underwriting and claims which is just now emerging as advanced analytics, artificial intelligence and machine learning tied to neural networks and integrated with data from aerial and drone images.

Property claims investigation costs the industry an average of about 11 percent of premiums—automated inspection can reduce that expense substantially.  And automated property inspection cycle times can average 2-3 days as compared to 10-15 days using traditional methods—lowering costs and increasing customer satisfaction.

Venture and private equity investment activity in emerging technologies is a good indicator of potential growth opportunities—these professionals typically engage subject matter experts and conduct deep market research and diligence in a highly disciplined and proven evaluation process prior to investing. Since 2012 almost $2 billion has been invested in over 370 drone company deals and the current run rate is over $500 million in announced deals annually, according to CB Insights research which states that “19 of the 24 smart money venture investors have backed at least one drone company since 2012.”

Within just the past two months four such insurance related transactions were announced;

In 2016, AirWare, a global enterprise drone analytics company, closed a Series C round of $30 million to bring its total funding to $110 million.

Early in 2016, Verisk Analytics formed the Geomni business unit to specialize in image sourcing and analysis and has since acquired a number of U.S. based aerial survey companies and their aircraft fleets. Verisk also owns Xactware, the dominant industry provider of property insurance claims solutions and third-party products. The Geomni fleet is expected to include more than 125 fixed-wing aircraft and helicopters by the end of 2018, operating from 15 hubs located throughout the United States. Verisk expects to invest approximately $100 million in Geomni through 2018.

The space has attracted a large number of participants in the past two years and there are no signs of this slowing anytime soon.  Competitors are taking innovative paths to differentiation including; drone manufacturing, drone operating software for use by field staff and contractors, ground-based roof and wall measurement technologies, and full service, virtual property inspection and property damage reports using drones.

The insurance industry’s use of images from satellite and fixed wing aircraft is fairly well established, particularly in catastrophe response planning and claims. The North American property/casualty insurance industry has been cautious and conservative in its testing and adoption of drone use for property claims and in using aerial images for underwriting.

Until recently, FAA rules had made it onerous for carriers and industry vendors to obtain licenses and permissions to use drones for property inspections. However, after extensive industry lobbying efforts, assisted by more pro-business administration policies, that obstacle has eased significantly and several carriers have trained staff and also use contractors to use drones for property claims inspections. Obstacles remain, including restrictions on use near airfield perimeters and outside of operators’ line of sight.

As for the use of more recently introduced third party provided virtual property inspections using drones, carriers are basically split into two roughly equal camps (by market share); those who do not believe that drone image and damage identification technology is sufficiently accurate as yet to manage claims leakage as effectively as their own staff field adjusters—and those who do.  Both groups acknowledge that this solution is not appropriate for all property claims. Furthermore, customer satisfaction and therefore retention is thought to be higher when insurance company staff visit the property and the homeowner in person.

The Future of Property Insurance Technology

For claims, virtual methods of inspection will include not only drones but customer involved claims reporting. Claim self-service, including smartphone images and video, which has seen impressive adoption and results in auto claims, is already beginning to penetrate property insurance claims, particularly for reporting home interior and exterior wall damage. New, accurate 3D smartphone image measurement technology combined with higher image resolution and the expected expanded availably of much faster 5G wireless broadband will converge to drive further adoption.

Other methods of property inspection, particularly following extreme wind or hail events and catastrophes, will most certainly incorporate the use of drones, whether operated by insurance staff, managed repair network contractors or third-party inspection services. Also, autonomous drones performing roof inspections not requiring an operator on site may be expected to appear in the near future

Finally, on the property underwriting side, we expect to see the convergence of high resolution geospatial image data from multiple sources, artificial intelligence and machine learning transform that process in fundamental ways. Real time feeds of comprehensive property attributes such as measurements and condition of roofs and other property on the target site will enable instant and more accurate pricing, quoting and binding/renewal of property insurance.

Aerial imagery, mobile technologies, artificial intelligence and computer vision will continue to transform property insurance products and processes, leading to better pricing accuracy, more profitable operations and above all—more modern levels of user and customer experience in the industry and for policyholders.

Editor’s Note: This article was co-authored by Vincent J. Romans, Managing Partner, The Romans Group. Romans is the founding partner of The Romans Group LLC and has over forty years of consulting and operating experience with domestic and global enterprises. The Romans Group LLC, founded in 1996, the firm provides business, market, financial, and strategic development advisory services to the property and casualty auto insurance, automotive services, and related auto physical damage ecosystem and supply chain segments.

Romans is a frequent speaker, moderator, panelist, and writer on the dynamic and evolving marketplace and industry trends impacting the collision repair, property and casualty auto insurance and auto physical damage supply chain.  Through his thought leadership and as a change agent, catalyst and facilitator of concepts and ideas, he drives the development, introduction, understanding, and acceptance of new and innovative business models. Romans may be reached at Vincent@romans-group.com.