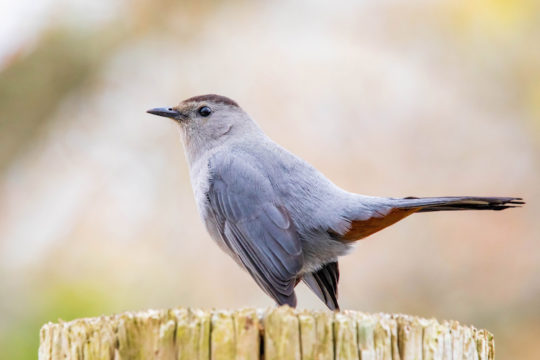 “Sitting in the catbird seat“ is a folksy American expression meaning the occupant is in the best possible position for decision and action. The catbird sits on the highest branch, able to survey all below. Reinsurers have not always felt entirely comfortable owning the catbird seat, especially given the recent prolonged soft market. However, the good news is that the view from the catbird seat has perhaps made reinsurers better stewards of the insurance business. Today, reinsurers tend to have clear plans for updating outdated reinsurance systems, pushing more modern technology out to primary insurance partners, and utilizing emerging technologies—such as blockchain—for data security, operational management, and to regain a competitive advantage.

Ever since the age of the modern reinsurer in the early 1990s, reinsurers have touted technology, and in the first phase of the era, promoted the widespread adoption of analytical technologies, especially catastrophe modeling. But, being advanced technologically (at the time) and often having lean, multi-disciplinary teams, reinsurers either built or customized existing account management systems to fit company-specific capital and risk management profiles.

To be sure, certain vendors have made modifications to meet demand as time went on, yet there have been few profound changes to the underlying technology. Many reinsurers have seen systems adapted over time and enhanced by various consultants. Most of those systems still work, but often management is not sure what is going on under the hood. Also, the commercial platform providers tend to focus on the primary insurance market, which is a much bigger sales target than the reinsurance market. Such conditions have raised dual concerns about the need and cost to rip and replace legacy technology (but with what kind of system?), and the growing fear in prolonged soft market cycles of not having the edge to survive, let alone thrive.

Admittedly, certain reinsurers have the size, scope, and market position to develop and maintain systems in-house. Firms such as Swiss Re and Munich Re have traditionally “lent” clients, not only capital but also a whole variety of services as well. The view from the previously mentioned catbird seat has pushed many reinsurers into a more proactive position when it comes to technology leadership.

Reinsurers are increasingly offering white-labeled underwriting and policy administration systems (PAS) to primary insurer clients and partners since many in the latter category seem incapable of course correction or innovation as it relates to core administration, in particular. In the realm of digital solutions, Swiss Re is now offering, iptiQ, to life and health insurers. Munich Re, on the other hand, is offering a range of products for primary insurers, from the pre-quote Spectra system and the paperless, cloud-based Spark for a variety of processes to the modular, enterprise-hosted ALLFINANZ.

The Promise of DLT and Blockchain

Distributed Ledger Technology (DLT) or blockchain, as it’s commonly known, presents the industry with a technology that can usher in a new era of cost savings, efficiency, and growth.

Highly touted for some years now, the question is no longer how, but when.  Numerous proof-of-concepts (PoCs) by various actors have shown the technology works, and the trick now is in getting a sufficient pool of players to agree to use the same platform. The virtues of DLT are numerous and include speed, a single source of truth, an audit trail, and transparency to a given deal’s participants.

The mechanics of DLT allow for the reduction of highly manual, cumbersome work, such as bordereaux reconciliation, not to mention redundant and time-consuming email exchanges as deal terms are finalized. While greater efficiency gains are not always easy to measure initially in cash, a couple of interesting data points are available. ChainThat, a DLT solutions provider to the re/insurance industry, estimates 30 percent savings in frictional costs, while further down the risk food chain, the World Economic Forum estimates a trillion-dollar growth for the global shipping industry if DLT were introduced throughout the shipping process. The benefits of DLT for a B2B transaction, like reinsurance, is obvious. Can the adoption by insurers for customer transactions be far behind?

The modern reinsurer wants to reduce as much of the frictional costs of transacting business as possible, and focus resources on understanding and pricing risk. The state-of-the-art technology, data formats and service partner providers are now at hand to allow them to do so—helping to situate reinsurers in the catbird seat.

The Ecosystem Puzzle: Why System Replacement Might Be Harder than You Think