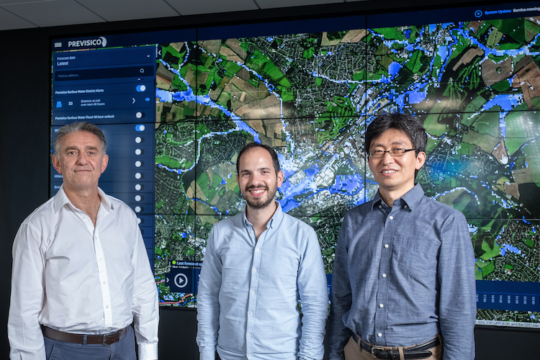 Previsico (Loughborough, Leicestershire, U.K.), an InsurTech that provides real-time, street-level surface water flood forecasts, has raised £1.75 million in Seed Plus funding, led by Foresight Group, a listed private equity and infrastructure investment manager, to support the next stage of the company’s product development, including IoT sensors, team expansion and sales growth, in the UK and beyond.

The funding follows Previsico’s increasing traction in the market, including with Zurich and BT, and escalating demand for its “live flood forecasting” solution, with what the company characterizes as hyper-accurate flood forecasting and flood warnings down to individual property level, following increasing flood losses, worldwide.

As climate-related risks rise, global flood losses are predicted to reach US$1.7trillion/annum by 2050, according to WRI.Surface water flooding is currently the biggest flood risk in the U.K., affecting more than 3.8 million people in England compared to river and sea flood risk, which affects 2.4 million people, source The Environment Agency.

Previsico’s lates round was jointly funded by the Midlands Engine Investment Fund (Sheffield) and Foresight Williams Technology (London). The investment by Williams relates to its Formula 1 team, after Sap Grand Prix ended due to track flooding.

“Previsico’s mission is to be the leading provider of cutting-edge flood prediction technology, worldwide,” comments Jonathan Jackson, CEO, Previsico. “We are gaining great traction in the market and are thrilled that Foresight, the Midlands Engine Investment Fund and Foresight Williams Technology have recognized this, to accelerate our product development, team expansion and sales growth, in the U.K. and beyond.” 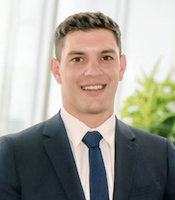 “We are really excited to be working with Previsico and helping to develop this market leading technology,” comments Jordan Lavender, Investment Manager, Foresight. “Since meeting the team, we have been impressed by both the technical and commercial experience within the management team as well as the interest in the platform from a range of customers. The technology has strong ESG credentials, and the company should be well placed to capitalize on some promising opportunities as it looks to grow over the coming years.”

Previsico’s reports that its new live flood forecasting solution, launched after successful U.K. trials, will bring together on the ground IoT sensors across the U.K., the latest weather data from IBM and their unique flood modelling capabilities to address the increasing global issue of surface water flooding.

The current Previsico flood warning system, developed over the last 20-years at Loughborough University, relies on the accuracy of weather forecasts, which are not always 100 percent accurate. With the new solution, IoT sensors are placed in culverts, streams or small rivers, which are prone to flooding to mitigate the risk of an incorrect weather forecast and feedback live flood data to Previsico, which boosts the accuracy and timeliness of their flood forecasts.