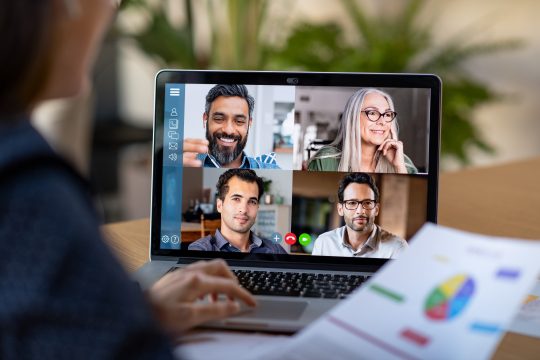 The COVID-19 pandemic has forced insurers to resort to a remote workforce, with the result that many have had to scramble to implement or at least scale-up their work-from-home capabilities. Preferred Mutual (New Berlin, N.Y.) provides an example of an insurer that found itself ahead of the crisis because of its previous desktop virtualization, using VMware’s (Palo Alto, Calif.) Horizon solution.

The Upstate New York-based multi-line property/casualty insurer embarked on its desktop virtualization initiative as part of a strategic focus on ensuring business continuity and system/data protection. The desktop virtualization followed soon after a broad-scaled server virtualization effort, also undertaken with VMware. By 2015, Preferred Mutual had virtualized about 99 percent of its data center and looked to VMware capabilities to satisfy their strategy.

“Initially it was done as a more efficient and secure way of equipping our field force,” comments Ben Moore, Systems Engineer and lead on the desktop virtualization initiative at Preferred Mutual. “At the time, we had a number of field reps who were working in claims and agency management utilizing laptops, so we started our execution efforts with the folks in those roles.”

Thin-Client Concept: No Risk to Data

Cutting-edge data protection was a primary goal in Preferred’s strategy, and virtual desktop infrastructure (VDI) helped to accomplish this by keeping all of the organization’s data in the data center and off of mobile devices where it could become vulnerable. “By virtualizing the desktop, there’s no risk to the data if a field rep has a laptop stolen or accidentally leaves it in a restaurant,” Moore explains. “They’re effectively carrying around a thin client with just enough data to connect to our environment. In the event a laptop is lost, we’re just out a few bucks with no risk to our data.” An added benefit of VDI was ease-of-replacement, according to Moore. With virtualization, all laptops were essentially the same, requiring no customization with regard to installed software. “Now, if they lose a laptop, the service desk just packages up a replacement and ships it, or the individual can swing by and pick it up,” he says. “Just through user authentication, everything will be there once they’re connected, exactly as it was before.”

By 2016, Preferred Mutual had virtualized all users in the company—roughly 300 associates many of which are dispersed across the country. “Our goal is to find the best talent for our organization,” Moore says. “This goal requires the acquisition of talent well beyond the geographic locations of our current offices who can work from home 100 percent of the time—and we’re also providing the flexibility for employees to work a day or two from home.”

As part of this broader initiative, Preferred Mutual moved forward with the adoption of a bring-your-own-device policy (BYOD) to accommodate changing lifestyle demands of employees and prospective hires. “We do have company-supplied hardware for those who want it, but as the generations move forward, people want to work on equipment that they’re comfortable with,” Moore observes. “It doesn’t matter whether they’re working on an Apple, Chromebook or a Windows desktop, they can do their job from whatever hardware they have on their desk.”

Moore stresses that access extends to smart phones. “It may not be an ideal user experience, but I can vouch that I’ve logged into my desktop from my phone and found it able to support what I needed to do,” he reports. “It’s the same experience on phone, tablet, laptop or full desktop.”

“One of the great things about the VMware solution is that it doesn’t require a VPN client—which can be cumbersome and less secure,” Moore adds. “With this solution there’s a Horizon View app installed, or users can go directly through a web browser.”

When New York State’s response to COVID-19 required businesses to send non-essential personnel home, Preferred Mutual was already prepared. “I’d call it a very strong moment for us because we had the infrastructure in place, with everybody already working from virtual desktops,” Moore recalls. “It was probably a lot easier for us than for companies that may not be running virtual desktops. We were able to tell employees, ‘tomorrow you will need to connect-up at home.’”

The switch from office to home involved a significant enough change to cause some issues, but these were mostly related to simply supporting associates on basic issues, such as connecting through their home wifi if they had never done that before. “Other than that, the end user experience once they got connected and logged in was more or less business as usual,” Moore remarks.

When Preferred Mutual adopted VDI, the technology was considered to be advanced by most insurance companies. Moore says that Preferred Mutual was able to adopt the technology early because of its leadership’s drive to realizing the benefits of emerging technology. “We’re fortunate to have a forward-looking executive team that is very technology focused and driven,” he says. “We’re not afraid to look at what some people might call cutting-edge technologies.”

For those insurers who are still adjusting to the needs remote-work, Moore counsels them to be careful about compromises they might make with regard to security and to make sure that any metaphorical doors that were opened are eventually closed. Additionally, he advises that as companies build out their capabilities for the longer term that they make sure they have adequate infrastructure, including hardware and storage, to deliver the performance they need. “You need to be able to provide same end user experience or you’ll get a lot of pushback,” he says. “Being able in advance to provide an identical experience was huge for us.”

“We were lucky, we started early”—A German MGA Responds to COVID-19