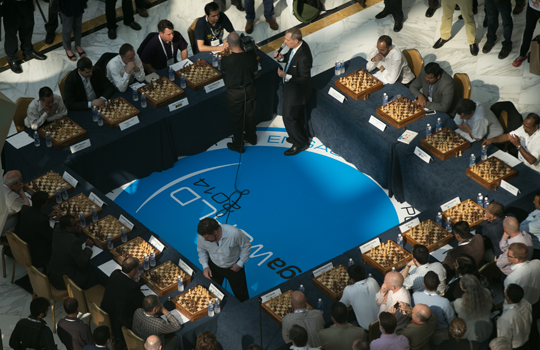 Before arriving at the IASA Show last week, I spent some time at Pegasystems’ PegaWORLD user conference at the Gaylord National in Washington, D.C., where I observed the company’s CEO Alan Trefler play chess against 20 people simultaneously. That led to thoughts about the wisdom of Pega’s insurance vertical strategy, which is based on business process management technology but includes application functionality and focuses on customer-facing processes. After IASA I stuck around in Indianapolis for Interactive Intelligence’s media/analyst day. Interactive Intelligence starts from call center technology, but expands to include a variety of customer facing technologies delivered from the cloud. If these approaches can lead insurers to conquer their most urgent problems, does policy admin become less important? Are we likely to see a resurgence of “wrap” over “replace,” if only in the shorter term?

Perhaps the most consistent analyst prescription in recent years for insurance carriers seeking to modernize has been to replace legacy systems. The popularity of that approach was reinforced by activities at the IASA Show, but conversations there and my travels on either side of that show suggest that carriers – and the vendors who serve them – are also making a powerful case with strategies based on business process reengineering that creates a customer-facing layer around existing systems. It will be interesting to see how such non-core vendors’ modernization strategies progress relative to traditional policy admin-focused players.

In a post-IASA comment at Novarica’s blog, Matt Josefowicz notes that modernization rather than cost-control is motivating insurers’ IT spending, and modernization is seen as a need to meet rapidly changing customer and distributor demands. He writes:

While we continue to see very strong interest and activity levels in core systems among insurers of all sizes and sectors, there was a notable focus this year on systems of engagement as well. Agent portals, customer portals, responsive technology, and mobile were frequent topics of conversation among the carriers our team met with. Some insurers feel overwhelmed by the problem and lack the expertise to develop a strategic roadmap in an effective way, and there’s a high level of interest in vendor partners that can help them get there.

Core system replacement activity was very much in the news at IASA: we reported on innovative newer vendors FAST and Vikaran Solutions winning deals and injecting creativity into the core systems market. More established vendors, such as Accenture and Oceanwide also made headlines with new core system deals. We also noted no fewer than three vendors – Exigen, ISCS and Innovation Group – introducing mobile capabilities, though as a complement to core system offerings rather than an alternative.

Despite the abundance of core system implementation announcements, the stories I encountered in the trips bookending my IASA attendance seemed to breathe new life into the wrap-rather-than-replace strategy. Both Pega and Interactive Intelligence are offering “wrap vs. replace” alternatives in one form or another, and both are focusing on process rather than core technology. And while each vendor starts from a different place – Pega from BPM; Interactive Intelligence from call center – both combine application development, business process engineering and other technologies to craft a customer-oriented solution. Neither care all that much about core systems, though neither deny that the limitations of legacy policy administration systems are problematic in the long run. Both demonstrated their ability to support new business processes with a high degree of customer engagement.

Pega’s SVP of product management Kerim Ackgonul made a powerful and very amusing demonstration of purchasing vehicle insurance through fictional carrier U+ Insurance. It’s a case study in both insurance new business process and how to get your point across to an audience (check out the video linked here from about 23:00).

In both cases, the vendors are offering a means to not only provide a good customer experience, but are reaching into the depths of core processing to get it done – they’re just not beginning from the perspective of a core system vendor.

Pega customer McCamish Infosys is pursuing a more classic “wrap” strategy, as I learned in a talk with Sainath Sindhe, head of product delivery for the company. As a TPA, McCamish faced challenges very similar to the insurance carriers it serves. Its key business problem was providing a unified and consistent customer experience in front of three policy admin systems – one of them its own VPAS system, and two others brought on board through acquisition.

“CSRs would have to access multiple systems back end policy administration systems, workflow and content management,” Sindhe shared. “We had to go through multiple touch points and the CSR would have to do some metrics as well.”

The question McCamish faced was whether to consolidate or try to achieve the same efficiencies by laying over a unified customer service layer, according to Sindhe. The answer was the latter, of course, and with Pega’s help McCamish developed what it calls its Customer Service Work Desk (CSWD). The system, which is currently in the testing phase for one of McCamish’s carrier customers, is directed toward guiding CSRs through stages of customer interaction. In addition to achieving a consistent customer experience regardless of the back-end system, Sindhe says that new CSRs can be trained on CSWD in four days rather than the six weeks it took with previous capabilities.

Both Pega and Interactive Intelligence are horizontal companies that well-penetrated in the insurance industry, both having a stellar client list in the vertical. One reason for that is the flexibility of their approach. If one’s focus is customer interaction in today’s world, one ends up in a lot of places because of what customers now want. Interactive Intelligence has gone from being a call center company to being about “communication, collaboration and customer engagement.” The vendor offers an “expanded solution set” that includes a variety of system types, such as the content and transactional applications mentioned above. The strength of these vendors approach is their flexibility to offer what an insurer needs, while allowing them to continue to earn a return on existing systems. “We know they’re not going to be throwing all these systems out,” remarked Interactive Intelligence CEO Don Brown. Pega’s CEO Alan Trefler takes a similar approach, declining to compete as a core system vendor but doing very well with peripheral solution offeringss focused on customer interaction. By the way,  only one of his chess challengers beat him: Betrand Gare, editor of tech publication L’Informatcien – and a ranked player. Trefler beat the other 19 – while drinking beer.

Long gone are the days of “monolithic” core systems that included everything. Better integration opened the way to best-of-breed, which gave way in significant measure to the integrated suite approach. Offerings based, ultimately, on process automation and reengineering add another level of flexibility. And while their fuzzy technology sets make it harder to define the kind of system vendor someone like Pega or Interactive Intelligence may be, their flexibility may clarify their industry role as – to use in Matt Josefowicz’s phrase – “vendor partners that can help them get there.”