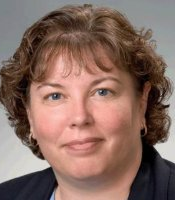 “Considered a super-regional carrier, we need to deliver at the same level as a national-level insurer and provide the quality service that agencies expect,” comments Britta Schatz, CIO, Penn National. “We selected Accenture Duck Creek software for its functionality that will enable us to react quickly to market changes, manage our own direction, and take advantage of upgrades that can future-proof our platform and increase our ROI. Our goal is to be the primary carrier in the agencies we support and with the capabilities provided by the new platform, we’ll be able to achieve that objective.”