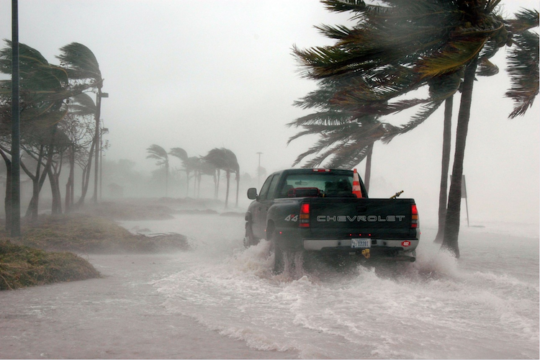 Notably, the number of weather-related natural cataclysms has tripled since the 1980s, and many in the property/casualty insurance industry are looking for innovative solutions to address the physical and systemic effects of climate change. Although the industry has been developing modern ways of mitigating risks—by introducing unique insurance products to individuals and businesses—the protection gap remains a significant concern.

An Issue for Developing Markets

Within the industry, the protection gap is known to be the difference between losses caused by an event and the actual insured amount. A higher “gap” between those two numbers indicates that policyholders could have been more resilient and better protected through insurance. In fact, according to studies, only about 30 percent of losses from natural disasters were insured over the past decade. The situation is worse in developing countries, where the uninsured proportion of such events often exceeds 90 percent, notes Marsh & McLennan in a perspective piece called “Parametric Insurance: A Tool to Increase Climate Resilience.”

The International Monetary Fund (IMF) notes that countries in tropical regions may face even more frequent weather-related shocks as climate change continues to impact global weather patterns. And, it is noteworthy that a vast majority of countries in the aforementioned “tropical regions” have low GDP. As such, there is no uniform solution to closing the protection gap, but the insurance industry is working to narrow it by innovating around existing products to create solutions, such as parametric insurance.

The Age of Parametric Insurance

Parametric insurance is non-traditional alternate risk coverage that enables individuals and businesses to recover from damages and losses more quickly and easily than the traditional claims process. The offering is based on specific, measurable indexes and pre-defined triggers. As a result, parametric insurance does not necessarily need actual physical damages to occur.

Those indexes are determined using hazard modelling, which helps capture weather-related parameters with high accuracy. Based on the extent of a parameter’s effect, like rainfall or windspeed, the policyholder’s loss is calculated in terms of proximity to the calamity without the need for details of actual loss or destruction. The claim amount is fixed in advance in the contract and disbursed when the trigger exceeds the pre-defined threshold.

For example, suppose a policyholder has opted for parametric insurance as part of a homeowner’s policy, and the covered property is located near the coast. If a predicted storm exceeds the policy threshold, the policyholder receives a pre-determined amount if the property is within a five-mile radius of the storm, and a lesser amount if it is between five and 10 miles from the coast.

The advantage of parametric insurance is that it lowers the expense ratio for insurers and speeds the claims disbursement process for policyholders. However, it does not take into consideration the actual damage caused by a storm or event. Getting paid for the actual loss incurred is a significant concern for policyholders as risk is often too complicated to be linked merely with a few parameters.

Is it the Right Kind of Insurance Product?

While the benefit of speedy claims and reduction in expense ratio is evident, it is difficult to determine whether parametric insurance is the appropriate insurance product or just another instrument based on advancements in data analysis and technology.

Building on the example above, that same coastal storm may be worse in an area 20 miles away from the coast than five miles away depending on many things, such as the geographical layout of the area, storm surge, windspeeds, and more. In that case, the automatic claims values paid to policyholders may not fully cover actual losses, leaving those insureds to spend out-of-pocket. In such cases, a solution to narrowing the protection gap becomes a catalyst in widening it.

Technology Need Not Alter the Essence of Insurance

In his keynote address to the 2021 InsureTech Connect Conference audience, Chubb CEO Evan Greenberg noted that “technology need not alter the essence of insurance.” That said, it is worth nothing that even with evolving perils and the increased demand for novel ways of transferring risk, parametric solutions can come in handy in times of distress. However, parametric insurance should not be relied on solely. Parametric insurance products are often best incorporated into a policyholder’s insurance product portfolio as a coverage add-on to a traditional policy rather than the base cover itself.

The InsurTech wave is improving many aspects of customer experience, organizational efficiency, and other parts of the insurance business, and the industry, as well as society, can benefit. However, InsurTech products should only be aiding the insurance industry, not changing the fundamental nature of risks and coverages. Powered by advanced technology and artificial intelligence (AI), parametric insurance seems to fit more as a derivative instrument than a standalone solution.

Blockchain Can Change the Game for Insurance Data Integrity