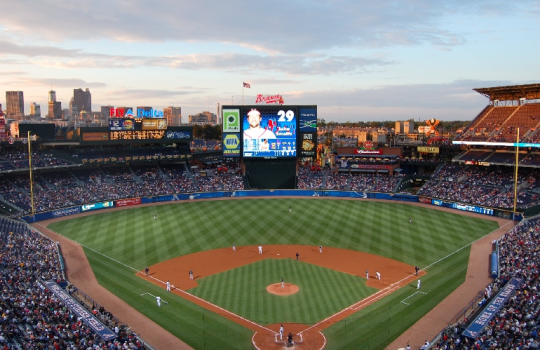 “Because program insurance is so unique, insurers and MGAs see it as an opportunity for new revenue in an otherwise crowded market,” comments Scott Marshall, President of OnPoint Underwriting. “We needed a system that could be implemented quickly and produce a product that would exceed the expectations of our carriers, producers, and policyholders. Quicksolver, with its content that’s always up-to-date and the flexibility to configure new coverages ourselves, was the answer.”

OnPoint Underwriting, a leading program administrator, has provided niche programs nationally for the last 29 years. The company’s expertise in underwriting, distribution, and product innovation has led to its long-term tenure with some of the most highly-regarded insurance carriers in the industry.

OnPoint recently teamed up with AXIS Insurance (a subsidiary of AXIS Capital, Bermuda) for its manufactured housing community program. Neither company had a ready-to-use policy administration system for this program, and OnPoint was faced with the choice of building a system in-house or searching for off-the-shelf software that would provide compliant rates, rules and forms. However, AXIS had worked with another distribution partner who had successfully used Instec’s Quicksolver, and OnPoint took the carrier’s recommendation. OnPoint signed with Instec in the second week of December 2015, and by the last week of January 2016 was quoting and binding policies with Quicksolver. Instec asserts that the six-week implementation time has become standard practice owing to an agile process that implements critical features first, and adds “nice-to-have” capabilities incrementally. Implementations are also kept short through the use of Instec’s out-of-the box bureau-based rates, rules and forms, and a library of customizations from previous clients that new clients can draw from when configuring the system.

“OnPoint’s experience is typical of what we’ve been seeing with our clients,” says Kevin Mason, Executive VP, Instec. “Our implementation approach is to configure, rather than build, and we provide self-configuration training to all of our new clients at the front end of a project. A timeline of six to ten weeks for a new policy administration system may be unheard of in the rest of the industry, but it’s business as usual for us.”

Also contributing to OnPoint’s fast system start-up was a decision to deploy in the cloud, according to Mason. Instec offers both cloud and on-premises deployment options, and reports that more clients gravitate toward the cloud as a means of eliminating the cost and hassle of configuring, deploying and managing the infrastructure in-house.

Following up on its initial implementation success OnPoint has decided to deploy Quicksolver’s business intelligence and analytics tools, based on Excel PowerPivot, to track key operational metrics.

“We’re excited about the new capabilities Quicksolver has given us to compete in our marketplace,” OnPoint’s Marshall adds. “We’ve only just begun to tap into its full potential.”