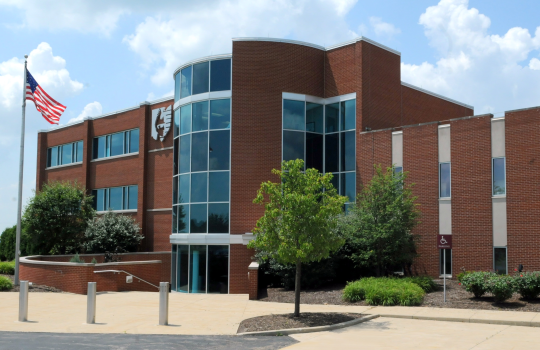 “We were doing work in two completely different ways, and on the personal lines side we were looking to enjoy the same gains we’d had on the commercial side with workflow management,” recounts Bethany Foy, Business Lines Service Center Manager, Ohio Mutual. “We wanted to have consistent processes.”

But Ohio Mutual also wanted to improve the quality and efficiency of those processes. The gains the carrier had made on the commercial lines side were owing to Acrosoft content management software implemented in the mid-2000s. The system had enabled significant evolution, but had reached its limits, according to Foy. “We wanted something more intuitive that both enabled greater automation and gave business users more control,” she relates.

During the selection process, Ohio Mutual decided that the best transition could be achieved by working with Interactive Intelligence, which had acquired Acrosoft in 2009. The carrier selected the vendor’s IPA system as its target platform in May 2013.

Foy’s Business Lines Service team oversaw the project, conducting a process analysis exercise involving underwriting managers from both personal and commercial lines. “We got as many managers involved in designing the solution in order to understand what worked best and make good decisions about eliminating or modifying processes, and building in management controls,” she reports.

Foy’s team identified three major objectives for the project: first, to speed processing times by automating tasks where possible; second, to increase desk capacity for more high-value work; and, finally, to gain transparency into processes in order to give managers insights into performance.

Ohio Mutual relied on Interactive Intelligence team for development, while also involving internal IT professionals to consult on infrastructure issues, according to Foy. The carrier went into production for personal lines in April 2014, with commercial lines following in December of that year.

“Personal lines have seen the greatest gains, not having had workflow before,” Foy comments. “At the user level, our associates know everything they’re responsible for, and managers are gaining a great deal of insight.”

“With IPA we are able to globally see how much work we have in progress, how much completed, and how much in follow-up mode,” Foy continues. “We can manage more effectively because we have that kind of insight into the workflow.”

By eliminating manual work distribution, IPA has obviated the need for Ohio Mutual to count work tasks and has also eliminated the time to create reports. “Previously we had to create management reports ad hoc through counts that came out of the policy processing system,” Foy says. “Today I just execute a SQL query and it gives me what I want based on how I’ve designed a report within IPA.”