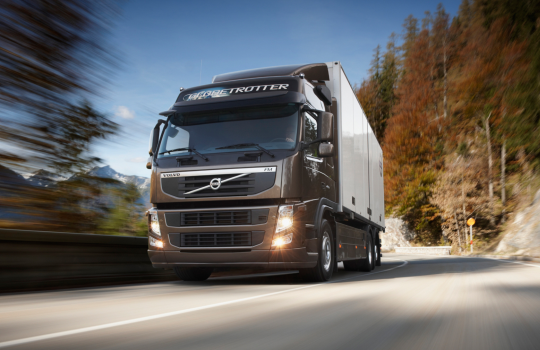 The 2015 LexisNexis Commercial Usage-Based Insurance Study has found that more than half of small fleet managers are likely to stay with their current insurance carriers rather than switching if their insurer offers usage-based insurance (UBI) programs. The annual study, conducted by LexisNexis Risk Solutions, also found that 25 percent of commercial fleet managers of all sizes would enroll in UBI, but current usage rates are only at six percent. “There is a significant gap between the estimated demand for commercial UBI and current enrollment rates,” comments Deke Phillips, Director, Commercial Insurance, LexisNexis Risk Solutions. “This indicates a substantial market opportunity for insurance carriers to raise awareness and eventually adoption, especially with small fleets of two-to-five vehicles. More insight into the driving behavior of commercial drivers will benefit insurers by knowing the risks on the road, and driver feedback methods have the potential to improve driving and positively impact everyone on the road.”

Several findings of the study indicate an opportunity for insurers to target small businesses and their small fleets, including the following, according to LexisNexis:

UBI also has the potential to be a strong retention and acquisition tool for commercial insurance carriers according to the findings, LexisNexis asserts. Sixty percent of small fleet managers said they would be less likely to switch insurance providers if offered UBI with a 10 percent discount. At the same time, if an alternate carrier were to offer a fully loaded UBI package, including insurance at a 10 percent discount and fleet management services, provided through a fleet manager’s preferred technology, more than half of the respondents would be likely to switch carriers.

(Related: UBI Platform Selection: Will You Bet on OBD or Mobile?)

The study results are similar to the vendor’s 2014 LexisNexis Insurance Telematics Study, in that small fleet managers find benefits in value-added services, but these services are not a significant driver in adoption of commercial UBI programs. The study also found that smartphones, which present a low cost entry to adopting an UBI program, are appealing since most costs are paid for by employers. Employee barriers related to the cost and data usage of using their personal smartphones for UBI is relatively small.

Editor’s Note: For more IIR reporting on UBI and Telematics, see the following:

Getting Usage-Based Insurance Right: Does Mileage Matter Most?

After Telematics: What Smart Homes Mean for Insurance Product Innovation