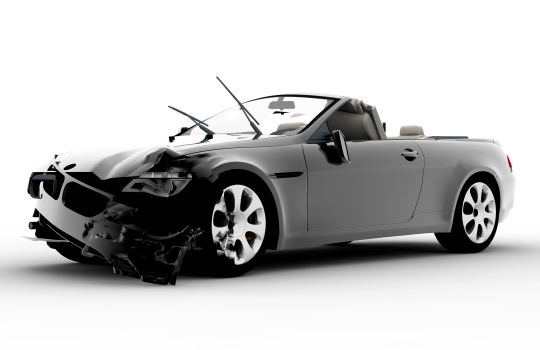 The National Transportation Safety Board (NTSB) has released a new report recommending that rear-end collision avoidance systems (CAS)—including collision warning and active braking—be made standard for new automobiles. The report noted that in 2012, there were more than 1.7 million rear-end crashes in the U.S., resulting in more than 1,700 fatalities and 500,000 injured people. Up to 80 percent of these crashes could have been prevented or mitigated by the use of optimal collision avoidance systems, according to NTSB Chairman Christopher Hart (see video below). That’s a very promising prospect, but also one that could result in significantly lowered insurance premiums.

Autonomous vehicles remain a hot topic of futurist speculation in the insurance industry, particularly with regard to their potential effect on premium. However, as we’ve reported in the past, collision avoidance technology is likely to affect premium long before fully autonomous vehicles become common.

“The long-term implications of collision avoidance technologies for auto insurers are very similar to those of autonomous vehicles: fewer and less severe losses, resulting in competitive and regulatory pressure which will drive down premiums substantially,” observes Donald Light, the Palo Alto, Calif.-based director of Celent’s Americas Property/Casualty Practice.

Light calls some of the research findings about the potential efficacy of collision avoidance technologies “eye popping,” for both private and commercial vehicles. One analysis found that it could prevent or reduce fatalities in 87 to 94 percent of all accidents, he reports. “A private study by the trucking firm Conway found that these technologies reduced rollovers by 41 percent and rear-end collisions by 71 percent,” Light says. “Still impressive but less startling, the Insurance Institute for Highway Safety [IIHS] found a reduction in claims frequency in three luxury automobile models of 7 to 14 percent.” Light notes that the latter study did not address claim severity.

(Related: Will Autonomous Vehicles Kill the Auto Insurance Market by 2030?)

Auto manufacturers are competing vigorously to offer collision avoidance features in their new models, according to Light. However, these efforts fall short of mandatory inclusion. Also, it will take time before older-model vehicles are replaced by a critical proportion of vehicles equipped with CAS.

That process would be quicker if the NTSB had the power to mandate rather than merely recommend that CAS be standard. In that regard, the NTSB report adopts an aggrieved tone with regard to past failures of the National Highway Traffic Safety Administration (NHTSA) to heed its advice. The report notes that the NTSB has been investigating rear-end crashes and recommending technological countermeasures since 1995.

In fact, the NTSB issued 12 previous recommendations on rear-end crashes, and in 2001 it released a report on the problem. It was because its advice had gone unheeded that the NTSB revisited the topic, according to the current report’s executive summary. Many of the 1.7 million crashes and their resulting injuries and fatalities alluded to in the NTSB report could have been prevented if the its recommendations were taken seriously, the report’s executive summary insists. “However,” the NTSB notes, “slow and insufficient action on the part of the [NHTSA] to develop performance standards for these technologies and require them in passenger and commercial vehicles, as well as a lack of incentives for manufacturers, has contributed to the ongoing and unacceptable frequency of rear-end crashes.”

“The NTSB study may nudge the NHTSA to, someday, mandate these technologies in new vehicles,” Celent’s Light comments. However, adoption continues, as does development of fully autonomous road transportation—which together constitute an inexorable downward force on auto insurance premium, whatever the pace at which their effects will be felt.

“The auto insurance business is going to shrink,” Light insists. “The real question is how fast; or, to put the question more precisely, ‘When will there be a critical mass of CAS-equipped and autonomous vehicles on the road?’ The NTSB study is speeding up that timeline just a little bit.”