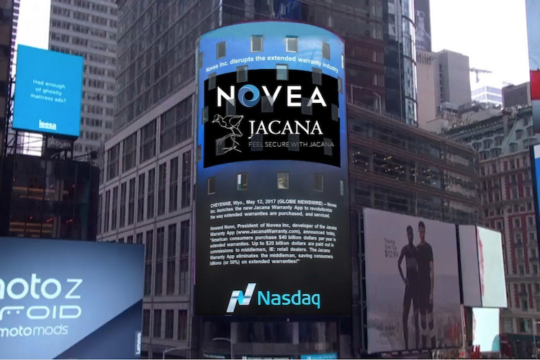 Novea, Inc., (Los Angeles) a financial technology software company founded in 2015,  has closed $50 million in equity and $5 million debt financing. A company statement says the equity proceeds will go towards wholly-owned subsidiaries of Novea, Jacana Warranty and Jacana Insurance, to support a proprietary user application platform Novea developed with the aim of disrupting the consumer warranty and service contracts industry. The debt proceeds will support general corporate overhead expenses, according to the Novea statement. 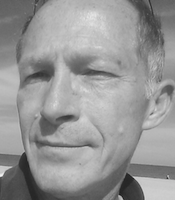 In exchange for Newpoint’s $50 million equity investment, Novea reports that it has issued to Newpoint 10 percent of its outstanding common stock and convertible redeemable preferred shares. The investment proceeds are being applied as statutory and solvency capital within Novea’s insurance division, Jacana Insurance, which Novea says bolsters its balance sheet for its global insurance underwriting commitments.

As part of the transaction, Newpoint has also provided Novea a $5 million, five-year, revolving line of credit which Novea may draw down and use for corporate operational and overhead expenses. In addition, Newpoint was granted a warrant to purchase additional Novea common stock which may be exercised at Newpoint’s discretion in an amount up to $50 million over the next ten years, which if exercised in total, increases the transaction value to $105 million. Other investment conditions include Newpoint having board of directors and risk committee representation rights, and Newpoint’s reinsurance company, Newpoint RE having first right of refusal on all Novea reinsurance business opportunities as well as other customary covenants and monitoring rights.

“We couldn’t have asked for a better financial and reinsurance partner than Newpoint Financial,” comments Jim Quinlan, CEO, Novea. “With this funding, we not only ensure moving Novea to the next level, but we are able to reward our existing long-term investors with a significant appreciation of their Novea shares as this transaction imputes a $500 million market value of Novea.”

“Over the past couple of months, we have been closing multiple new customer contracts which represent significant sales growth for 2022 and we are looking to close out this year’s sales pipeline with contracts value in excess of $10 million in potential new sales,” Quinlan adds.

Keith D. Beekmeyer, CEO, Newpoint, described 2021 as a landmark year for the company, noting it closed $250 million in solvency capital investments into multiple insurance and reinsurance companies throughout Europe and the United States. “We’re pleased to end the year on a high note with this $50 million investment into Novea,” Beekmeyer says. “We believe that Novea’s technology and proprietary claims processing will redefine the consumer warranty marketplace and we are looking forward to a long term mutually prosperous partnership with them.”