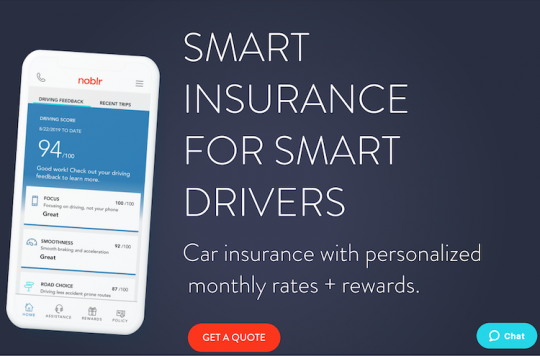 Noblr, a San Francisco based reciprocal exchange that offers driver behavior-based rates, has launched for business in Texas. Offering individualized rates based on behavior recorded on a smart phone app available for both iOS and Android, Noblr opened for business in June 2019 in Colorado. The company says that it will roll out in additional states through the end of the year and into 2020. “With the second-largest driving population in America, we’re excited to empower Texas with smart car insurance for its responsible drivers,” comments Gary Tolman, CEO and Co-founder, Noblr. “We’re excited for Texas drivers to have access to the Noblr app and the fairer, more transparent rates it can provide.”

Noblr’s describes its behavior-based pricing as being calculated in real time and measuring how well, and how much someone drives during the life of a policy.

In addition to the savings and transparency Noblr offers drivers, the company says its app and highly personalized pricing model help directly incentivize better driving. Through Noblr’s proprietary technology, policyholders are able to learn from their personal driving data, react by driving better, and lower their rates.