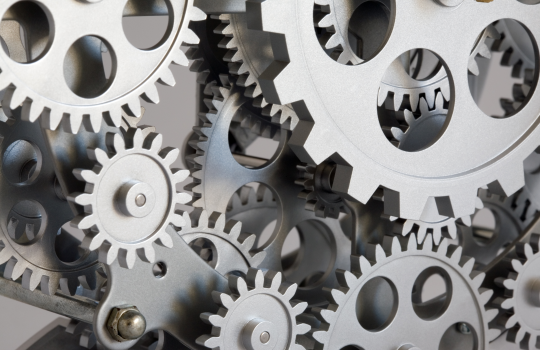 Editor’s Note: In the second of his three-part series on producer onboarding, Roger LaVine outlines the evolution of carrier onboarding methods, and how carriers using automated methods have had the balance tipped in their favor when it comes to attracting and retaining top producers. The first article is linked below.

Most industries face the challenges of shifting headwinds. But few are as subject as insurance to the complex and ever-changing compliance and regulatory environment. Over time, the addition of new rules and compliance checks can often mean that an established process becomes complicated, inefficient, and even illogical to the point of frustration. Additionally, along with the emergence of new technology, there has been consolidation both among insurers and distribution channels, necessitating change in distribution models.

As a result, the established onboarding process has become more onerous, reaching spikes of unmanageable activity when large new distributors or complex new rules are added into the mix. Some insurers have started to address this complexity by implementing a patchwork of automated solutions, fixing the most broken pieces.  This results in combining manual and electronic systems. By conjoining manual processes with legacy technology, over the years, carriers have pieced together a better, though not completely seamless nor painless solution.

To improve processing time or because of the expertise required, some other insurers began outsourcing some of the sub-processes of the onboarding process, such as licensing and appointing, to third-party vendors.  However, while these insurance companies thought that procuring and implementing new technology was not cost effective, they found, when they opted for outside vendors, that they were saddled with additional outlays of both time and money.  Although third-party services might handle many tasks, the manual integration of the onboarding process still requires real-time involvement on the part of licensing staff, further diminishing the value of the new system—and depending on the volume, often creating counterproductive bottlenecks.

In the past three years, with full integration with third-party  compliance vendors, automation has reduced the manual effort by 95 percent, making the case for implementing this automation hugely attractive to most carriers.  The current web-based technology automates the entire onboarding process, from collecting producer demographic information to validating licenses and product training, from contracting to appointing. This technology is quite efficient, as producers are now onboarded in a matter of hours or days, depending on background checks and approvals, rather than weeks. So the return on investment of automated solutions accrues rapidly.

A modern onboarding solution designed for today’s insurance organization automates the collection of a producer’s demographic information, licensing, contracting, and appointing phases of the insurance producer-management lifespan. The system should be efficient and cost-effective, and should result in accelerating the onboarding process while easing administrative burdens, meeting and exceeding service-level agreements (SLAs), and providing a positive producer experience. The system should support a flexible onboarding workflow, with condensed time frames and clear visibility at every stage.

This approach has resulted in insurers with modern web-based technology gaining significant competitive advantage over those with a patchwork solution or outsourcing. Since the main goal of onboarding is to create a solid relationship with producers and get them ready to sell, automation can help with the necessary but less visibly important functions—for example, meeting an administrative goal such as appointing within two days.  The improved speed of onboarding producers, reduced from weeks to hours, is another strong argument in favor of automating. And because there is a lower transaction cost per producer, it becomes cost effective for the insurer to onboard “occasional” producers and take advantage of “just-in-time” appointments.

A carrier looking to shift to an automated onboarding approach should evaluate capabilities such as electronic application submission wherein information goes directly into the system—a friction-free application process—automated license verifications, and automated background checks.  Other facets that integrate with these capabilities to provide the most comprehensive level of automation include the ability to integrate third parties, real-time access to a producer’s onboarding progress, the ability to recruit and sign applications and contracts electronically, electronic tracking, and a built-in compliance engine.

In our next article in this series, we’ll discuss these capabilities in more detail, along with the expected return on investment and other benefits that come with going along this path.

Next Generation Producer Onboarding Part 1: Onboarding as a Relationship Barrier