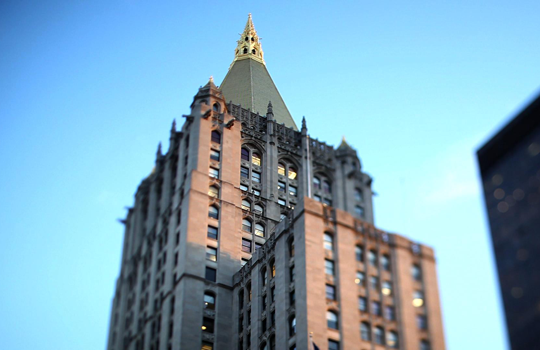 When New York Life (New York) announced at the end of January that its venture capital arm New York Life Ventures (NYLV) had surpassed $200 million in committed capital, when responding to resulting press inquiries Joel Albarella found himself often having to clarify where the entity stands in its journey. Perhaps that’s partially because of the sheer volume of VC-related news coming out of property/casualty carriers especially, and also because until now NYLV has kept a low profile. But its role within the greater New York Life organization has hardly been reticent. NYLV functions as an investment arm that seeks to bring value to the enterprise through straightforward returns on investments but also a variety of “softer” ROI in terms of helping New York Life advance on its technological journey. “We’re not announcing a new fund, but the fact that we have surpassed $200 million in investments—29 of them during the past five years,” Albarella—who has headed NYLV since its creation—told Insurance Innovation Reporter. “We officially started as a group in 2012, and our first investment was late that year.”

Albarella relates that there are two main aspects to NYLV’s work. “We invest, but we also inform our investing with the objective of introducing new technology to the business,” he says. “The introduction of new startups to the business falls under our Business Development mission.”

NYLV’s thematic focus is to invest across a range of technologies regarded as relevant to New York Life today and into the future, including areas ranging from customer experience, mobile technology more broadly, wearables, artificial intelligence, data and analytics, and blockchain, according to Albarella. The objective is to deliver a return, but also to drive value in the business. “We’ve had good returns, but we also have the pleasure of introducing hundreds of companies to New York Life to conduct pilots or proofs of concept,” he relates.

NYLV maintains a close mentorship relationship with the companies it invests in, and doesn’t seek as a matter of course to gain seats on their boards of directors, according to Albarella. “Through our Business Development role, we help them to understand how best to get into New York Life, and also how to work with any large incumbent,” he says.

Albarella’s organization recently added a research and development lab that applies its learnings to bringing new product opportunities to New York Life and functioning essentially as a dedicated accelerator of startups. The R&D lab is staffed with engineers of diverse backgrounds and focused on developing prototypes and minimally viable products that New York Life can commercialize, according to Albarella.

“We also have an innovation services function whose professionals spend the majority of their time on programs within New York Life to drive a growth mindset,” Albarella adds. “We have an annual hackathon we market throughout the organization to invite broad participation.”

Examples of NYLV’s successes include information security startup Skycure. NYLV worked with New York Life’s chief information security office in evaluating the company and testing its products. “Our CISO was very impressed with the technology, which provided end-point security for mobile devices,” Albarella relates. New York Life made a minority investment and also adopted the technology for its own use. Skycure was later sold to Symantec (Mountain View, Calif.), resulting in a “return of many multiples” on NYLV’s investment.

NYLV maintains an outlook for what Albarella calls “frontier technology,” and cites as an example its investment in Digital Currency Group (DCG, New York). “They’re in the vanguard of blockchain technology and how it could change many industries,” he says. “Our investment, helps us think through how we might apply that technology across the New York Life value chain.”

While having a VC’s focus on return, Albarella emphasizes the breadth of NYLV aims to bring to New York Life. “We are very focused on ROI as an organization for New York Life,” Albarella insists. “However, we also acknowledge that ROI can take a few different forms with respect to our value for the enterprise.”

Skycure serves as an example of a simple cash-on-cash, internal rate of return for the investment. But NYLV’s work with Skycure also exemplifies “business ROI” through the benefits of helping the enterprise adopt a new technology that advanced New York Life’s capabilities. Exercises such as the hackathon demonstrate what he calls “cultural ROI.”

NYLV’s role serves, like other aspects of carrier activities within the InsurTech ecosystem, to enable carriers, and New York Life specifically in this instance, to achieve a rate of innovation impossible through the procurement and innovation efforts typical of the mid-2000s, Albarella acknowledges. In that regard, he notes how NYLV has accelerated innovation at New York Life.

“We have driven a deep test of a technology somewhere in the business at a rate of one every two weeks on average over the last five years,” he reports.