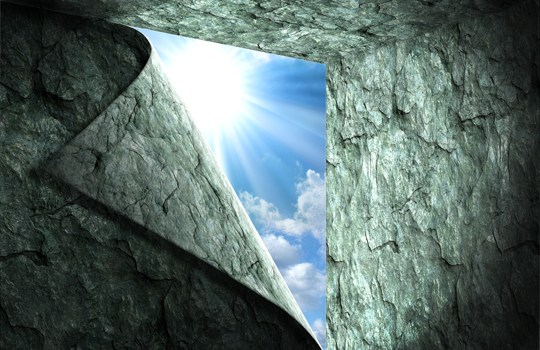 Principal Financial Group (Des Moines, Iowa; $287.4 billion in assets under management) has tackled one of the life insurance industry’s perennial challenges, reducing the underwriting process to within 48 hours without the use of physical examinations and lab work.  “This initiative has been the biggest item on our dashboard,” remarks Greg Linde, The Principal’s VP of individual life. The company’s Principal Accelerated Underwriting program uses a proprietary algorithm in combination with business process management technology to apply automated underwriting and process new business largely without human intervention, according to Linde. The three-year initiative, a significant investment  on which The Principal expects to see an overall return within 5 years, has reduced the typical underwriting process from the 30-day industry standard to two to four days or less for qualified applicants.

The process begins with a brief telephone interview based on The Principal’s TeleApp electronic application (e-application). After collecting the applicant’s history, The Principal then uses only commonly accepted, traditional underwriting data such as motor vehicle records, pharmaceutical databases and MIB data, introducing no new privacy issues.

“We did not build a special product that can be sold using this process,” says Linde. “We’re using it with universal life, variable life and all our normal retail products, at our regular shelf pricing.”

To develop the process, Principal drew on the traditional skills of business analytics, application development and quality assurance. However, given the complexity of the underlying algorithm, it also needed people with calculation backgrounds and data skills. “Now we have this wonderful tool,” Linde comments.

“We want to make sure that the entire process is as quick and easy as possible.” It is The Principal’s hope that, as it gains experience and fine tunes the algorithm, it can expand to a new and different range of ages and face amounts. Ultimately, The Principal believes that 40 to 45% of its business can be written without human intervention. The Principal’s Accelerated Underwriting program is one example of what many see as an acceleration of innovative activity in the life and annuities (L&A) space over the past few years. The industry has typically been slow to innovate, according to Novarica analyst Rob McIsaac. “There’s a certain risk aversion with that part of the industry that comes of the fact that contractual agreements are longer-term, which fosters a longer adoption cycle,” he says.  Within financial services, he adds, “change usually starts in commercial banking, then retail banking, then P&C and, finally, life and annuities.”

The L&A industry has, however, been under pressure to adapt to declining life insurance sales and other market conditions, including a persistent low-interest rate environment. Six years after the financial crisis of 2008 — which hit the annuity business especially hard — the L&A industry has yet to return to pre-crisis levels, according to Brian DeMaster, a senior executive in Accenture’s insurance group. “Change in consumer behavior has become the biggest threat to long term, profitable growth, and there are no expectations that growth will appreciably accelerate with business-as-usual strategies,” he notes.

In that regard, carriers face both opportunity and threat, as Novarica’s McIsaac sees it. “10,000 Baby Boomers now reach retirement age every day, but the next generation is not so tolerant of the technological status quo,” he says.

It may be true now, more than ever, that life insurance and related products must be sold rather than bought. That being the case, technology offers opportunities to respond to changes in customer behavior. That applies both to the kinds of products customers may be interested in, and the best means of making the sale, according to McIsaac. In the case of life insurance specifically, insurers have made strides with the combination of e-signature, e-application and automated underwriting to speed new business to its conclusion, he says. Within the L&A business more broadly, carriers are using technology to support the development of products with a greater variety of feature options, while also providing new illustration capabilities to help agents deal with the complexity of those products.

Guaranteed income products have become more popular since the financial crisis — a fortuitous development for Prudential Financial (Newark, N.J.; $154.1 billion in 2013 individual annuity account values) — which debuted its Highest Daily Lifetime Income (HDI) some months before the crisis struck in late 2008. The product is unique in promising that the account value on an individual account will never be lower than the original investment.  It is designed to lock in new account highs daily and to add compounded growth for 10 years, or until a client’s first lifetime withdrawal.

HDI, and its companion Spousal HDI, are both in version 3.0 and sit on a customized vendor platform of leading-edge tools, according to Steve Marenakos, VP, Prudential Annuities IT. “But that’s not the secret sauce,” he remarks. With continued innovation on Prudential’s part, the product has evolved and is now customized for high volume and capacity. During the night on every day the equities markets are open, Prudential evaluates about a million contracts and supports a platform running billions of calculations for the company’s actuarial and hedge teams. Other companies perform analysis and reevaluation quarterly, at best, and some do it annually, Marenakos asserts.

Prudential seeks to constantly improve the platform, adding new releases of some of its capabilities on a monthly basis. Pru declines to be specific about its investment in HDI infrastructure but says it runs to seven figures. The company earned that back in less than two years, according to Marenakos. “We continue to write a sustainable and profitable level of business,” he comments.

While customer appetite for richer product features increases the possibility of a sale, it also raises challenges for advisors, according to Mark Fitzgerald, national sales manager of Saybrus Partners, the Phoenix Companies distribution arm. “For both carriers and advisors, finding the right balance between products that can address multiple needs and products that are less complex will continue to be a challenge,” he asserts. “For carriers that may mean developing better illustration tools.”

One of The Phoenix Companies’ answers to that demand is the REALIZE Retirement Solution, a needs-analysis tool that allows advisors to have a probing conversation about their clients’ financial situation, uncovering gaps in retirement planning and longer-term income needs, according to Don Griswold, second VP, Product and Operational Delivery. REALIZE works in both online and disconnected fashion. “It allows you to take the conceptual conversation about need, drive down into a product that solves a problem and then show them how we solve it on a guarantee basis,” he elaborates. “It shows how product features work both independently and in conjunction with other features — for example, if a client started making withdrawals, what impact would that have on the death benefit in the future, or on enhancements for a care benefit rider?” Service preference has driven change at Woburn, Mass.-based SBLI ($125.1 billion of life insurance in force in 2012), reports Maura Reilly, VP Sales and Operations. SBLI’s direct sales unit generates a large proportion of sales through direct response marketing, and more and more enquiries were arriving electronically over the web rather than by phone or mail.  Nevertheless, SBLI followed the traditional method, mailing a paper Part 1 application in response to each enquiry. “We’d mail the Part 1 at the same time we contacted the paramed to schedule a physical exam,” Reilly recalls. “The paramed was supposed to perform the exam and get the Part 1 signed, but often the client had lost the form and sometimes they had changed their mind, so the effort was wasted.”

Inspired by an agent’s experience with DocuSign’s e-signature solution, Reilly worked with the sales management team to find a way to use it for direct business. SBLI went live on DocuSign’s web-based service in 2011 and then started working with the vendor’s application programming interface (API). The insurer migrated to DocuSign’s fully integrated system in 2012. “The first day we launched it, an agent who had been with SBLI for 18 years was shocked,” Reilly recollects. “He had processed an application in seven minutes and had the signed image back in the office.”

Initially, SBLI’s use of DocuSign constituted a cost shift rather than a cost savings — the company paid $3.10 per DocuSign electronic “envelope” — about the same as mail.  It sought, however, to prove the benefit of quickly closing sales that may otherwise have been lost. “People want to buy a policy whenever and however they want it,” Reilly comments. “Maybe when they’ve finally gotten the kids to bed and cleaned up the kitchen at 11:00 p.m.”

SBLI’s agents responding to direct enquiries now lead with “Would you like to sign electronically?” In the past, after the phone interview was conducted, SBLI would print the application and mail it for signing by the policyholder.

SBLI’s real bang for the buck came through speed, Reilly reports. The insurer was able to cut 10 days off the application process, and is now scheduling the paramed three days rather than 10 days after the application phase, with essentially zero chance of wasted effort. “Industry research shows that for every day cut off the underwriting process you should see a 0.5 percent increase in business placement,” Reilly notes. “We’re currently running analysis on our metrics, but based on what we’ve seen so far, we’re now implementing DocuSign in other areas of the company and will be training staff in our call center.” Reilly emphasizes that DocuSign has introduced value beyond e-signature. “We’re able to use it to create business rules,” she relates. “For example, one of the questions on the med exam was ‘Have you traveled outside the country, and where?’” Some applicants would fail to answer and end up submitting an application not in good order (NIGO). SBLI has added the questions as a fields in a DocuSign electronic application, and the system will not allow the applicant to sign until all fields have been filled. “We’ve achieved 100 percent in-good-order applications,” Reilly says. Given benefits such as this, “DocuSign has become one of our strategic partners,” she adds.