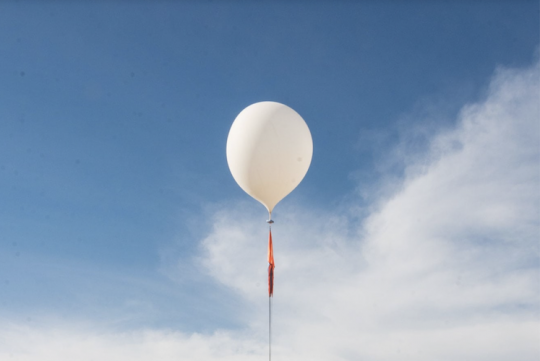 Accurate property imagery is one of insurers’ most potent tools for underwriting and assessing damage, and Near Space Labs has developed a way of providing high-quality images in a more economical manner. Based in Brooklyn, N.Y., the startup combines existing technologies and atmospheric knowledge with highly sophisticated robotics and other emerging technologies to provide very high-resolution imagery faster, helping insurers to improve both underwriting and claims outcomes.

“We fly autonomous devices to the edge of space, covering very large areas at very high resolution—and cover them very fast,” comments Rema Matevosyan, co-founder and CEO, Near Space Labs, and a former researcher in systems engineering for complex aerospace systems. “We can map large geographic areas in hours rather than days and weeks, making orders-of-magnitude improvement in the speed of claims handling.” 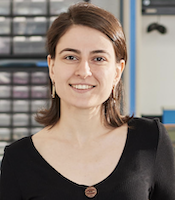 The most commonly sourced, high-resolution imagery for insurers today is produced using fixed-wing aircraft. While more accurate and cheaper than generally available satellite imagery, fixed-wing captured imagery has drawbacks when it comes to the currency of the images. “Most of the United States is covered once a year, best case,” comments Matevosyan. “It’s clear to us that with a shifting risk landscape related to environment changes and high levels of urbanization, that’s not adequate.”

Near Space Labs’ founders were previously in the business of satellite imagery tasked with building large satellite clusters for the European Commission’s Copernicus Satellite Network. The founders realized that there was a better way to tackle the problem focusing neither on outer space nor the lower atmosphere where winged aircraft fly. Near Space’s “sweet spot”—which explains the company’s name—is the stratosphere different directions or same direction at different speeds. It is into this layer of the atmosphere that Near Space Labs flies its craft, a balloon-based platform. Called “Swiftys,” these autonomous devices operate by maneuvering to and exploiting reliable upper-atmosphere wind currents.

Through altitude control, the Swiftys can use contrary winds at different altitudes, or go in the same direction at different speeds. Matevosyan describes the stratosphere as a rough environment that more closely resembles the lower atmosphere of Mars than Earth. On Earth, winds close to the surface are unpredictable. “The higher you go, the more stable and predictable they are,” she says.

No Internal Combustion Engines, No Rockets

“The stratosphere is a sweet spot for remote sensing because it is essentially twice higher than airplanes go, allowing more imagery per device,” explains Matevosyan. “If you launch a satellite or plane, in addition to a high operating cost, you have a very limited ability to upgrade or change those platforms—whereas we can continuously upgrade our hardware.” 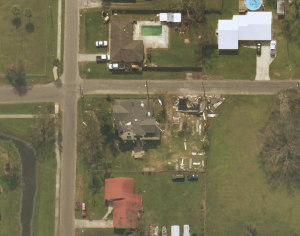 The balloon-based approach provides a combined advantage of being able to map large areas from the stratosphere with a resolution that could only be obtained from airplanes in a manner that is unparalleled in terms of flexibility, speed and scalability, according to Matevosyan. Once launched, the fleet navigation software and the fleet of robotic Swiftys work together to make autonomous navigational and maneuvering decisions in the stratosphere.

“We can build our devices within days and ship them wherever needed,” Matevosyan observes. “They’re miniature—they fit in a suitcase—and since they don’t require an airport, you can deploy them with much greater speed and flexibility.”

Near Space Labs’ greatest advantage is timeliness based on the Swiftys’ easy deployment and the fact that they collect ten times as much data per hour as do fixed-wing aircraft.

When Speed Counts Most

Matevosyan explains Near Space Labs’ value proposition in the context of a natural catastrophe. 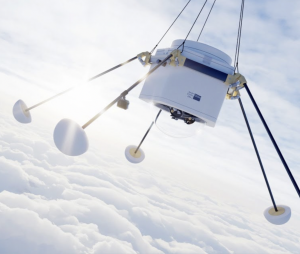 She notes the difficulties associated triaging personnel on the ground and dealing all the bad actors that seek to take advantage of the situation. Since litigation and other costs pile up over time, insurers need more timely solutions to accurately assess damages, she says.

“If you’re waiting for data to come in two weeks that’s already too late,” Matevosyan notes. “Using our solution, with one single flight and a few hours you could have all of New York City or the San Francisco Bay area, for example, with one single pass. It’s a response time of hours against days of collection.”

Near Space Labs is building new Swiftys on a weekly basis to scale its overall operation and provide more data and insights for customers, Matevosyan relates. “We’ve seen clients with property imagery that hasn’t been updated for two years,” she says. “In post CAT situations carriers sometimes wait for weeks for data to come through—which is also unacceptable. For every property in force—whether in Centerville, Ill., or south Florida—we can map within hours instead of days, and that’s what resonates with our customers.”