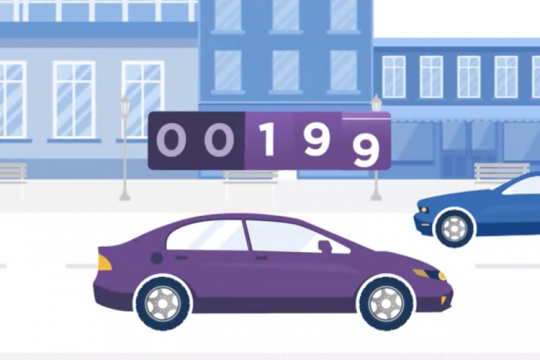 Nationwide (Columbus, Ohio) has announced the launch of SmartMiles, a new auto insurance solution for low-mileage drivers. Characterizing the new offering as a step in its telematics journey, which began in 2011 with its usage-based insurance (UBI) product SmartRide, SmartMiles lets Nationwide members to pay for the miles they drive, allowing for substantial savings on auto insurance premium. SmartMiles is currently available in Illinois, and the insurer plans to roll out the program in additional states throughout 2019.

SmartMiles is notable for three major reasons, according to Donald Light, a Director in Celent’s (Boston) North America Property/Casualty Insurance Practice: First, as combining a pay-as-you-drive concept with multiple factors—including standard telematics data (patterns of braking and accelerating, etc.) or even more connected data (e.g., use of phones or infotainment). Second, that Nationwide is allowing drivers and households to mix and match between SmartMiles and Nationwide’s standard telematics program, SmartRide, in an innovatively flexible design, that recognizes that policyholders want more control in their relationship with their insurer. Finally, “it’s a demonstration of the positive impact of InsurTechs on incumbent insurers,” Light says. “Looking over one’s shoulder sometimes makes runners go faster.”

Unlike other UBI offerings, SmartMiles can be applied to specific vehicles, allowing for a more customized overall solution for a household with multiple vehicles. Within a single household, a regular commuter might be better served by the SmartRide, whereas a college student using a specific car sparingly would benefit from SmartMiles. Nationwide says the program is mostly likely to benefit drivers who:

Drivers of vehicles on the Smart Road program pay for the miles they drive, but they also enjoy a trip exception to more precisely gauge their daily driving habits: daily mileage is capped at 250 miles; if a driver takes an extensive road trip they won’t be heavily impacted that month.

“SmartMiles was developed to provide a program that allows our customers the freedom to control their auto insurance expenses based on how much they drive and how safe they drive,” comments Teresa Scharn, AVP Nationwide. “Whereas most insurance companies’ mileage-based insurance programs look only at miles driven, Nationwide’s SmartMiles telematics program takes many factors into account, creating a more personalized offering, which is revolutionary to the auto insurance industry.”

Nationwide does not require contracts or long-term requirements for the Smart Miles program. Should a member or a household’s driving patterns change, they can move their vehicle from SmartMiles to SmartRide at any time, the insurer says.

(Editor’s note: a quote from Donald Light was added after initial publication.)