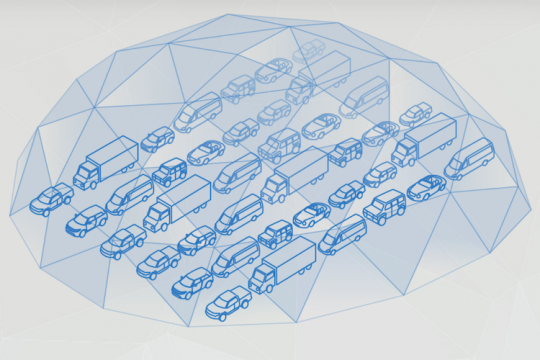 Nationwide (Columbus, Ohio) has announced that its venture capital arm has invested in Upstream Security (Herzliya, Israel), a startup with cybersecurity solution designed to protect connected vehicles from cyber-threats or misuse at rest and in motion. The investment is designed to help Upstream enable OEM car manufacturers and fleets to detect, monitor and respond to attacks, targeting any part of the connected vehicle framework, including for vehicles already on the road, according to a Nationwide statement. Nationwide did not disclose the amount of the investment. Upstream separately announced the closing of a Series B of funding of $30 million, mentioning Nationwide as a participating investor, along with automobile OEMs such as Renault, Volvo Group, Hyundai, and Hyundai-AutoEver. “Nationwide understands that the safety and security of connected vehicles go hand-in-hand.” comments Erik Ross, leader of Nationwide’s venture capital team. “As technology in vehicles becomes even more sophisticated, security is a critical building block and Upstream’s solution focuses on protecting our members in the evolving mobility ecosystem.”

“As mobility continues to evolve with technology, it will be important for carriers and vehicle manufactures to keep up with customer protection needs,” adds Tony Fenton, VP, Commercial Underwriting and New Product Development, Nationwide.

In a statement about its investment in Upstream Security, Nationwide notes the publication of a report published by the startup earlier this year outlining the automotive threat landscape spanning the past decade demonstrated that multiple stakeholders ranging from OEM vehicle manufacturers to commercial and public sector fleets have been targeted. In many cases attacks were executed indirectly via connected services and applications and from long distance. “We are thrilled to have Nationwide support our vision of transforming automotive cybersecurity in the rapidly evolving smart mobility market.” comments Yoav Levy, co-founder and CEO, Upstream Security. “It’s exciting for us to partner with a company that’s been instrumental in providing the insurance needs of millions of vehicle consumers and we clearly share a similar vision: to ensure our connected vehicle future is safe and secure.”

Nationwide’s investment in Upstream fits within the insurer’s announced commitment to invest more than $100 million of venture capital in customer-centric solutions. Other investments in startups made by the insurer to date include Snapsheet, Vestwell, Socotra, Betterview, Nexar, BlueVine, blooom, Insurify, Next Insurance, Matic and Sure.