Nationwide (Columbus, Ohio) has signed a new, three-year partnership extension with Betterview, a San Francisco-based InsurTech provider of actionable property intelligence to property/casualty insurers. The companies’ relationship began in 2018, when Nationwide made a capital investment in Betterview, which at the time was a provider drone-based building and property inspections. In the following year, Nationwide became a Betterview customer when it signed a three-year contract. The carrier has leveraged Betterview property and risk insights for more than 100,000 Nationwide-insured properties, during which time the vendor moved away from drone inspections and became a platform for introducing property information into the underwriting workflow. 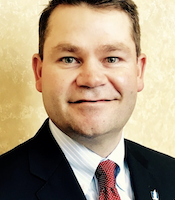 While Nationwide declines to specify the exact numbers relating to its investment and its contracts with Betterview, it has been one of the vendor’s largest investors, since the firm began raising capital in 2017, according to David Tobias, the firm’s co-founder and COO.

“Our budding relationship with Betterview is a testament to the opportunity we saw when making our initial venture commitment in 2018,” comments Tony Fenton, VP, Commercial Lines Underwriting and Product, Nationwide. “We feel the sky is the limit with this partnership and look forward to the next step in our integration journey as we continue our focus on expertise, technology and world-class underwriting.”

Today, the Betterview platform, which has expanded to become an important adjunct to all transactions related to buildings and properties, uses aerial imagery, computer vision detections, and third-party property intelligence to provide property/csualty insurers with a comprehensive, actionable view of real property risk. Betterview says the insights provided through its platform are designed to help insurers to predict and prevent losses, increase underwriting and inspections efficiency, and build a more transparent customer experience that can result in a more proactive and collaborative approach to risk between insurers and policyholders.

More Proactive, Earlier in the Process

During the last three years Nationwide has utilized Betterview data to better understand its portfolio of business, and the current extension aims to further integrate that data into the carrier’s systems, according to Nationwide’s Fenton. “We’ve been working through modernization of our platforms within commercial lines, and we’re at that point that we can further integrate the data into our systems to take even more advantage of the data points,” he says. “That’s important because it enables us to be even more proactive with the data earlier in the process, versus reactive on the back end—the sooner and quicker you can use the data, the better decisions you can make in underwriting.”

While Nationwide didn’t adopt Betterview for its own use until 2019, Fenton says the insurer was investigating the potential of the technology for its own business from the time of the 2018 investment. Nationwide was seeking to use data to advantage its underwriting to be more proactive, but also seeking an active collaborator to help solve business challenges. “The beauty of our relationship with Betterview has been the collaboration—the ability for us to provide feedback and counsel, and to share the challenges that we encounter in the market,” Fenton elaborates. “Betterview has been able to think about how they leverage their expertise, data and insights for creating broader use cases not just in underwriting, but all along the insurance value chain. Our conversations have allowed us both to grow.” 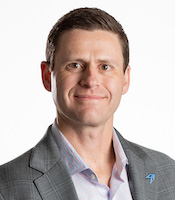 The insurance industry often hews to the status quo, but the InsurTech movement gives carriers an opportunity to challenge that through carriers’ exploration of what startups offer, according to Betterview’s Tobias. In turn, collaborative interaction between the entities drives innovation, he says. “It’s been extremely beneficial for Betterview to have what we consider a true partner,” he says. “It’s been a super collaborative, relationship, and as a result of working with Nationwide, we’re a better company today.”

During the time the companies have worked together, Betterview has continued to evolve its capabilities, as well gaining new clients and undertaking partnerships with other vendors. The company recently launched its Wildfire score and Hurricane score, and will soon launch a CAT Management platform, according to Tobias.

In general terms, the relationship with Betterview has helped Nationwide to envision what might be possible through ingesting more accurate information faster, according to Nationwide’s Fenton. “That’s true not just of underwriting per se, but broadly in terms of protection for our customers and advancing in risk consultation and mitigation for their properties,” he says. “It’s really about better, faster decisions for protection for our customers and ultimately for distribution partners as well.”

In more concrete terms, Nationwide has enjoyed loss mitigation and avoidance through Betterview’s platform and has quantified a return on its investment in its use of the vendor’s software as a customer.

Fenton is bullish about the potential of the partnership for the future. Over the longer term he sees the carrier exploring Betterview’s new products and expanding use cases in loss control services, claims and potentially elsewhere. “There’s a whole host of challenges yet to be solved in the industry, and what’s exciting is not just what we’re leveraging today, but that we’re collaborating on how might we create even more value into the future.”

“Dave and the entire Betterview team have been fantastic partners, and I don’t say that lightly, Fenton adds. “Not just because we have a venture stake, but thinking about challenges in the industry from our lens, and from a technology and data provider lens, it’s been exciting. And we see the same sort of evolution that we saw in the first few years of our relationship in the next few years. The sky’s the limit. I believe that, because we don’t know all the challenges of the future, but we do know having a partner that truly wants to solve with us gives us an advantage.”