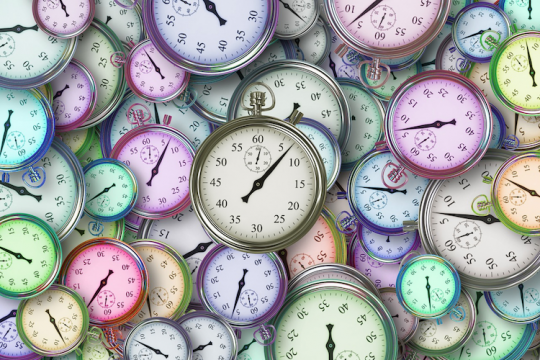 Nationwide’s (Columbus) newly launched Nationwide Express is an example of how an insurer responds to a changing marketplace, in this case delivering greater ease of use—and speed—to agents quoting personal lines policies. However, it’s also an example of a carrier making a habit of innovation, both in terms of conception and execution.

The Nationwide Express lets agents quote auto, homeowners and renters insurance in as little as two minutes, as well as to tailor coverages, bind and process payment and trailing documents in a fraction of the time. The insurer says the platform can reduce the time to quote by 90 percent, sell multiple products together within that two-minute time frame, and accept a single payment. The application’s functionality is also available to consumers who go directly to Nationwide.com. The quote-and-bind platform went live for 22 states in early November.

The genesis of Nationwide Express was a combination of a continuing response of the carrier to business drivers such as agent ease-of-use, but also the work of the insurer’s Test and Learn rapid prototyping lab, according to Chetan Kandhari, SVP and CIO, Personal Lines. “We’ve been trying to combine innovation with the modernization of our back-end systems on Guidewire [San Mateo, Calif.],” he says. “We’re in the final stages of modernization of our platforms for personal lines, and that led us to ask what we could do in the way of creating competitive products.” Nationwide Express is a manifestation of Nationwide’s shift to a fully independent agent channel, announced in April 2018, Kandhari affirms. To sweeten the proposition for independent agents, Nationwide wanted to speed up a process that could take about 15 to 20 minutes, and it found a way to bring it down to about two. “We use AI and machine learning to predict the best possible coverage,” Kandhari says. “We use that as a starting point and give agents the ability to edit the coverage—which consumers using Nationwide Express themselves can do as well.”

In addition to the Nationwide Express originating with the Test and Learn lab’s exploration of what was possible with modern policy administration capabilities, the initiative was also unusual in that Kandhari himself took the role of sponsor, as opposed to a business line executive. One of the reasons he was given the task was the understanding that it would prevent ‘antibodies’ coming out of the organization to interfere with the project. “I served as an advocate for them to have access to the necessary resources to complete the mission as quickly and effectively as they could,” he explains.

The conceptual stage of the initiative kicked off in late 2018 along with some rapid prototyping, according to Kandhari. Development in earnest began in early 2019. Nationwide’s team build three major components to create Nationwide Express. First was a set of “experience” APIs to support the single-page quote-and-bind application interface, which determine how the screen looks as a result of user behavioral interaction. Second was a set of “resource APIs that communicate with Guidewire PolicyCenter.

As the back-end application, PolicyCenter executes the product modeling and underwriting, in conjunction with Oracle Insbridge (Redwood Shores, Calif.) for rate sequencing. However, Nationwide Express itself leverages artificial intelligence and machine learning to generate suggested coverages based on the customer’s needs, according to Kandhari. “We built all the APIs,” he adds.

In building Nationwide’s Express’s capabilities, the insurer’s IT employed a highly agile mode of delivery, according to Kandhari. The team had a quarterly schedule but was more flexible in its delivery objectives within that framework. “We took a minimum viable product approach, doing little releases through different parts of the year,” he says. “We’ve been putting it out there and getting feedback from a select subset of agents.”

Unlike many agent-facing applications historically in the industry, Nationwide Express does not rely on training as a major driver of adoption. In anticipation of its November 2019 launch, the insurer relied on communication for at least 90 percent of adoption-related efforts, with less than 10 percent dedicated to any kind of training.

“We wanted this to be a ‘pull,’ not a ‘push,’” Kandhari explains. “One of our mantras was, ‘If this requires training, we have failed in our mission.’ The way we looked at it was that if a consumer can do it, then surely an agent can, and we expected that word of mouth would spread how fast and accurate it is.”

Nationwide Express enables the agents of Ruddy Insurance Group can complete the quote and even bind a policy in the time it would take most of its customers to walk to their cars to retrieve their lunch, according to the agency’s owner, Shawn Ruddy. “In a world where people think ‘2-day shipping’ can be too long, the Nationwide Express tool gives our agency the edge in an ever changing and challenging industry,” he says. “Our agency has always done a large amount of personal lines quoting, so this tool could not come soon enough.”

In terms of project parameters, the Nationwide Express initiative was unquestionably successful, by Kandhari’s account. The project began with two individuals and expanded to close to 20, according to plan. “In the first six months there were fewer than five, and when doing the greatest amount of work during development of the APIs, we peaked at around 25,” he says.

“I think it’s fair to say that we exceeded expectations by launching a product like this for 22 states in less than a year,” Kandhari comments. “From a budget point of view, we haven’t spent the full amount of money that was allocated for this year.”

The insurer has announced that during 2020 it plans to make Nationwide Express compatible with comparative raters. However, notes Kandhari, “Some people are saying, ‘If it’s that fast, do I even want to use a comp rater?’ Well, we’ll see how that transpires!”