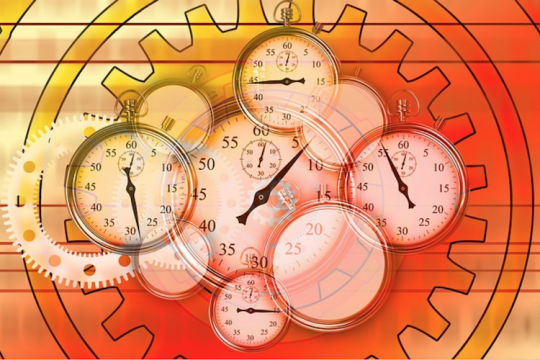 Nationwide (Columbus, Ohio) made the decision to migrate its on-premise use of Insurity’s (Hartford) Policy Decisions policy administration system to the vendor’s cloud platform and has enjoyed significant performance improvements as a result. Nationwide reports performance improvements as high as 44 percent over its previous on-premise environment. Testing was applied to Insurity’s Policy Decisions policy administration system, which has been used by Nationwide on-premises for over 20 years, and was just recently migrated to Insurity’s cloud-based platform.

“As one of the world’s largest insurance companies, we handle and process tremendous amounts of important policyholder information every day,” comments Mike Nance, director of IT applications at Nationwide E&S. “We were extremely pleased with the results of Insurity’s performance testing, which will translate to both internal efficiency improvements, as well as quicker and more efficient experiences for our agency partners and policyholders.”

These gains represent improvement in customer/agent experience, which is characterized by getting transactions done quickly and accurately, according to Donald Light, Director in Celent’s (Boston) Americas P&C practice.  “Have you ever started checking your personal email or twitter feeds while waiting for an insurer to respond to a query or to execute a transaction? If so, while you may have appreciated the chance to check-in on personal issues during the workday, you have not really had a positive Customer (or Agent) Experience,” Light says. “The performance improvements reported by Nationwide’s E&S group for a cloud-deployed version of Insurity’s Policy Decisions are good news for you as a Nationwide customer or as a Nationwide distribution partner. Your productivity and experience will improve—and you’ll still have time on break or at lunch to see what’s going on in the non-business side of your life.” Nationwide first went live on Policy Decisions for its E&S (excess and surplus) lines in 2011. The insurer currently uses the system to support both commercial lines and personal lines within that business segment. “We’ve been a proud partner of Nationwide for over 20 years, providing them with the latest technology solutions to manage their policies across many different lines of business including general liability, auto, workers’ compensation, umbrella, and inland marine,” comments Michele Shepard, chief revenue officer,  Insurity. “Nationwide joins over 200-plus clients that have already migrated to our cloud-based offering, taking advantage of our leading cloud and data security expertise and experiencing first-hand the types of performance increases that Insurity’s cloud platform is able to deliver.”

Insurity describes its Policy Decisions solution as built for high-volume and package policy processing. The administration system supports over 20 commercial, bureau-based lines of business, and its vendor claims that it leverages the largest API ecosystem for connecting third-party data and services in the industry. Insurity boasts 200 cloud deployments, which it asserts is more than any other core insurance system/platform vendor.

“By moving their policy administration system to the cloud, Nationwide has gained a more agile, flexible environment that more efficiently captures and processes data, and cost-effectively scales based on changing workload requirements,” adds Insurity’s Victor.

The insurance industry has ceased to worry about cloud security and performance, and instead now looks to the cloud as a way to improve these areas, comments Jeff Goldberg, EVP of Consulting and Research, Novarica. “By moving to a cloud approach, insurers can build out redundancy and fail-over, take advantage of virtual scaling for performance, and feel confident in the large infrastructure security organizations of cloud providers,” he says. “One of the key values of a cloud approach is that it enforces infrastructure best practices that should have been—but often haven’t been—followed in on-prem data centers.”

Editor’s note: Jeff Goldberg’s quote was added after initial publication of the article.