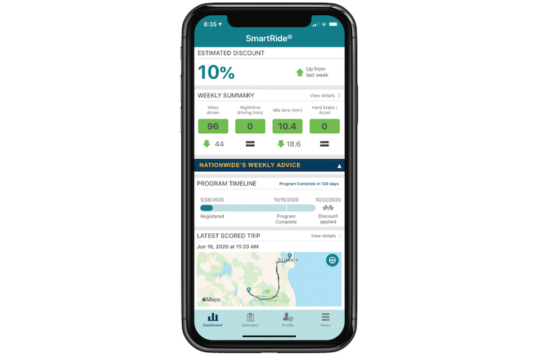 Nationwide (Columbus, Ohio) has partnered with Cambridge Mobile Telematics (CMT; Cambridge, Mass.) to help drivers reduce phone distraction by integrating CMT’s smartphone telematics platform with Nationwide’s SmartRide mobile app to infer distraction from sensor data, user engagement and behavioral science. The feedback provided via the SmartRide app powered by CMT will help show drivers how to become safer behind the wheel, according to a Nationwide statement. 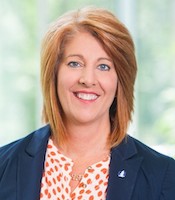 “Focus groups have shown us that people want to be safer drivers. The goal of providing distracted driving feedback is to inform drivers on the frequency of this behavior and hopefully reduce phone distractions behind the wheel,” comments Nationwide’s Teresa Scharn, VP, personal lines product development. “Nationwide has taken a strong stance on distracted driving and now we’re able to provide real feedback to drivers through our SmartRide mobile app by partnering with CMT.”

Nationwide notes that more than a third (37%) of car trips in 2019 had distracted driving, according to research from Cambridge Mobile Telematics (CMT). The insurer’s own research has found that 66 percent of consumers believe the leading cause of accidents is distracted driving.

SmartRide is Nationwide’s usage-based insurance program that gives personalized feedback to help drivers make safe driving decisions, earning an instant 10 percent discount at sign-up and the potential to earn up to a 40 percent discount the safer they drive. The distracted driving feedback will demonstrate ways for drivers to become safer behind the wheel but will not be a factor used in the discount, Nationwide says. CMT analysis of billions of miles traveled by millions of drivers indicates that distracted driving feedback and user engagement can have a significant impact on driver safety, with the top 30 percent of drivers on their platform reducing their phone distraction by 39 percent after 30 days.

“Our partnership with Nationwide on SmartRide is a key step on our mission to make roads safer by making drivers better,” comments Hari Balakrishnan, Co-Founder and CTO, CMT. “Our smartphone telematics platform helps drivers understand and reduce their risky and distracted driving practices. “

Nationwide launched its telematics program in 2011 with SmartRide, and in 2016 SmartRide added its mobile application option. SmartRide is available in 46 states and D.C. In February of 2019, Nationwide launched SmartMiles®, a pay-per-mile auto insurance solution to save low-mileage drivers money. SmartMiles is currently available in 32 states and will continue to expand, according to the insurer. Earlier this year, Nationwide CEO Kirt Walker announced the company’s advocacy for all fifty states to adopt hands-free, primary enforcement laws to curb distracted driving. States that have adopted these laws have seen a 15 percent decrease in fatalities. Nationwide is also seeking the adoption of model legislation by NCOIL, the National Council of Insurance Legislators, as part of its efforts.