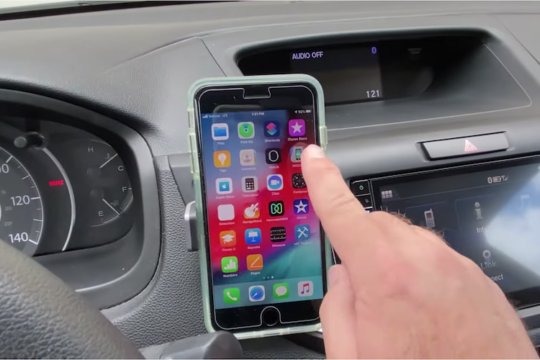 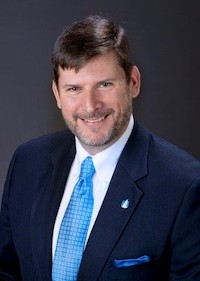 From the standpoint of both human tragedy and insurance loss, distracted driving is a serious problem in the era of mobile device dependence, but the effects can be even more severe when it comes to incidents involving commercial vehicles. Commercial drivers are 23 times more likely than personal motorists to cause an accident while texting at the wheel, seven times more likely when reaching for their electronic devices, and six times more likely when dialing a phone, according to a 2021 report from the National Highway Traffic Safety Administration.

“When you’re driving an 80,000-pound truck, that has amplified outcomes,” notes Gary Flaherty, SVP, E&S Commercial Auto, Nationwide (Columbus, Ohio). “Trucking businesses have more advanced technology and safety cultures than ever before to reduce risks for drivers and the motorists around them, but it continues to be a challenge for risk managers to enforce mobile phone policies.”

Nationwide began offering safety features for its fleet customers in 2018 with camera technology from Lytx (San Diego) and later with safety and management features from Samsara (San Francisco) according to Flaherty. One of Nationwide’s clients brought NoCell to the insurer’s attention. NoCell met with Nationwide during the last year or so, Flaherty says, and the insurer saw the technology’s merits in dealing with a pressing safety issue. Nationwide signed an agreement with NoCell earlier this month.

“We’re thrilled about this new partnership with NoCell to help home in on those dangerous distraction risks as we deliver extraordinary risk mitigation for our customers complemented by deep industry expertise to protect them mile after mile,” Flaherty says.

Fleet managers can ‘whitelist’ selected apps for drivers to use while working. (Click to enlarge.)

NoCell works through the installation of a device that tethers to the vehicle and pairs with the driver’s personal phone. While in the vehicle, the driver’s use of the phone is limited according to the preferences of the trucking company. Fleet managers use NoCell’s software to manage drivers’ devices with permissions and access according to company policy, configuring each instance according to need, and either disabling or wihitelisting phone apps to balance safety with productivity. The driver’s phone is only affected while in the commercial vehicle, and the software is capable of detecting other transmitting devices in the vehicle to prevent the use of burner phones or other devices. The vendor lists the following features of its solution:

“With NoCell, you’re removing the distraction and only allowing what drivers should be able to use their devices for, at the motor carrier’s discretion,” Flaherty says. “For example, the driver can use 911 in event of emergency, listen to their music, and use needed components and apps, according to the carrier’s policy.”

Nationwide will bring the benefits of NoCell to its fleet customers attention, but the insurer will not mandate use of the technology, according to Flaherty. The insurer counts on the growing safety and efficiency culture of trucking companies to help drive adoption, but Nationwide has also begun to develop a study to demonstrate the technology’s impact on frequency and severity of loss. “We’re in the early stages of building a case based on that study, which may be available during Distracted Driving Month, which is April,” Flaherty says. 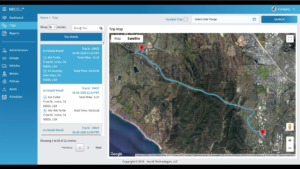 Nationwide expects the NoCell technology to have an impact on the frequency of accidents, and hopes to be able to measure the impact of the distracted driving technology along with telematics data and perhaps also camera technology, according to Flaherty. Among other potential benefits of NoCell, he says, is “cultural stuff that’s hard to measure, but causes an environmental cultural change that has the soft safety component bleed through.”

“We’re always looking to add to the tools we can offer to our clients,” Flaherty adds. “We have a group of individuals highly expert and they go out and consult with carriers how to mitigate risk. We give those clients someone who can understand their business and give them a plan of action, to limit frequency and ultimately severity.”

“Everybody wants a better price, especially with rising premiums associated with this line of business,” Flaherty adds. “So, it’s a way we’ve continued to invest so that we can be a valuable insurance carrier to them, give them favorable rates, and help them be more competitive.”