Nationwide (Columbus, Ohio) has signed a three-year commercial agreement to use Betterview’s (San Francisco) predictive roof analytics and risk management platform for commercial property renewals. The partnership expands on a relationship between Betterview and Nationwide begun with the carrier’s investment in the artificial intelligence-powered startup in May 2018. 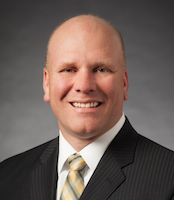 Betterview’s predictive analytics for buildings and properties uses proprietary computer vision, machine learning and data science to help predict the likelihood of a claim on residential and commercial roofs.

“Nationwide recognized the potential of Betterview’s insights around roof imagery and the data stream that flows from their machine learning platform, which is why we made our initial investment last year,” comments Eric Smith, SVP, Commercial Lines, Nationwide. “This three-year agreement will enable us to add Betterview’s predictive analytics into our underwriting operations. Going forward, we’ll be able to leverage our underwriting expertise and talent where it is needed most—on higher-value, more complex accounts.”

Nationwide’s relationship with Betterview began in May 2018 with its initial venture capital investment. The insurance and financial services company later followed up on that investment by participating in Betterview’s Series A investment round along with ManchesterStory (West Des Moines, Iowa), Compound (New York), EMC Insurance (Des Moines) and Maiden Re (Bermuda).