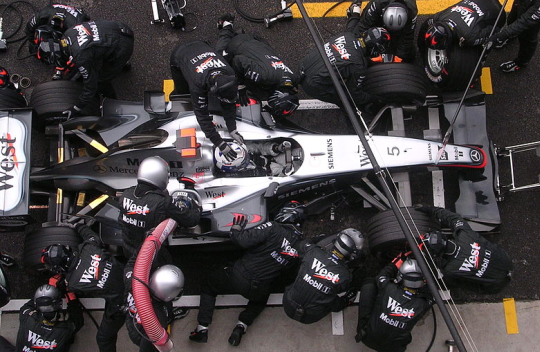 Mountain West began its modernization initiative in 2009 with a view toward establishing a more agile platform for agent and customer experience, lower operating costs and providing data for decision-making. “We didn’t feel we could remain competitive on price, claims service, customer service and ease of use for agents if we didn’t update our system significantly,” comments Jim Geesey, the carrier’s CEO. “We also wanted to grow the company by expanding our territory from Wyoming and Montana to Colorado.”

The insurer’s major objectives over the course of the program were to replace proprietary policy, billing, claims, commissions and financial systems operating on an IBM iSeries platform, while also introducing data analytics and easier-to-use online self-service portals. “Along the way, we wanted to move from being a builder of systems to an integrator of systems,” Geesey relates. “We believe that this allows us to focus on insurance instead of developing systems.”

The original timeline for the modernization initiative was to replace policy administration, billing and claims systems for Wyoming and Montana over a three-year period. However, the schedule was delayed by Mountain West’s move to enter the Colorado market via a newly formed subsidiary. “This required us to make significant updates to our policy forms for implementation on new systems,” Geesey says. “We faced the additional challenge of out-of-the-box farm products not readily available for the complexity of our business.”

In 2013, more than four years into the initiative, Mountain West was struggling to complete its objectives. The Innovation Group claims module was yet to go live and other components weren’t meeting their objectives for level of automation, ease of use and quality. “It had become an IT-driven project rather than a business-driven project due to the complexity of recreating our farm package products on the new platform,” Geesey recalls. “We needed to reframe our objectives and move governance of the project from IT leaders to business leaders.”

Mountain West turned to MVP Advisory Group to help the carrier to make the shift in governance by establishing a business-led PMO. MVP also emphasized the importance of having a modern financial system when executing an insurance core system modernization, according to Geesey. The carrier selected SunGard iWorks (Wayne, Pa.) for financial management. “With their support and our new governance paradigm, we reprioritized our plans for a new financial system and got up and running in nine months,” he reports. “That showed us that it really is possible to generate relevant, impactful results from core modernization.”

In addition to the iWorks system, during 2014, Mountain West addressed outstanding issues associated with the Insurer Policy implementation, successfully completed implementation of Insurer Claims, added Insurer Analytics and implemented Cover-All Policy for commercial lines. “We recently finished getting ten years of claims for all of our states into Analytics, and we went live with commercial auto on Cover-All Policy this spring,” Geesey says.

Geesey says that one of the most dramatic specific performance improvement Mountain West has enjoyed as a result of the MVP engagement has been in financial management. “Our new system has dramatically improved the speed of our closing processes and the accuracy of our entries,” he says. “More importantly, when a person or system introduces an error in a financial transaction, we are easily able to identify it and resolve it in a timely fashion.”

On a more general level, Mountain West has achieved alignment between business and IT that enables efficient and timely technology investment. “In prior years, new systems went into production with substantial workarounds and quality issues, and it took four years to deploy two systems,” Geesey says. “Business and IT used to point fingers at each other; now, with new processes in place, business and IT have collaborated to successfully implement five new systems in 18 months at a spending run rate that is less than half what it had been in previous years.”