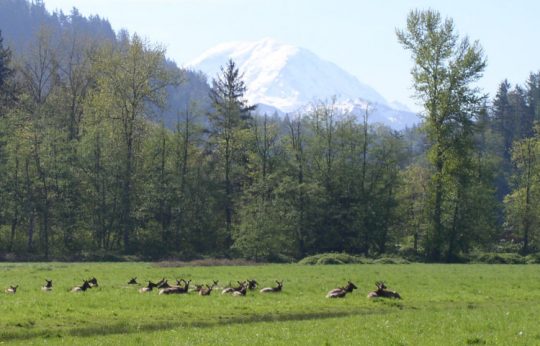 Mutual of Enumclaw Insurance (MoE; Enumclaw, Wash.) has begun an initiative to implement Guidewire (Foster City, Calif.) ClaimCenter as its new claims management system and has announced that it has adopted Guidewire VendorEngage to provide omnichannel digital service to its vendors. The news follows Insurance Innovation Reporter’s Dec. 2017 coverage of how Hyland Software (Westlake, Ohio) helped the insurer to prepare to transition from its legacy system to ClaimCenter. MoE is implementing ClaimCenter and VendorEngage for all its commercial and personal lines of business, focusing on new claims initially, according to David Wilson, CIO, Mutual of Enumclaw. “Project inception started in early February, and it is going smoothly so far,” Wilson comments. “We are planning to deploy the first phase of the project later this year.”

The insurer reports that it selected ClaimCenter to ensure efficient and effective claims processing, while also removing the risk of obsolescence presented by its aging claims system. The new system will also provide greater visibility into the company’s claims process to improve claims management by expediting cycle times and improving claims outcomes. Guidewire says MoE also anticipates increased transparency for its members, agents, and vendors, resulting in an improved member experience. VendorEngage will be used to facilitate real-time, easy communication between vendors, adjusters, and policyholders.

“The greatest risk in choosing a processing system like this is whether or not the vendor will be around in 10 years to support it,” comments Wilson. “Guidewire is different, and already proved itself when we deployed Guidewire BillingCenter several years ago. In fact, based on our experience with BillingCenter, we did not consider any other options outside of ClaimCenter.”

“Like BillingCenter, ClaimCenter is straightforward to integrate with and understand, making it easy to use for our claims experts and easy to manage for our IT department,” Wilson continues. “It easily meets all of our requirements for a modern claims system.”