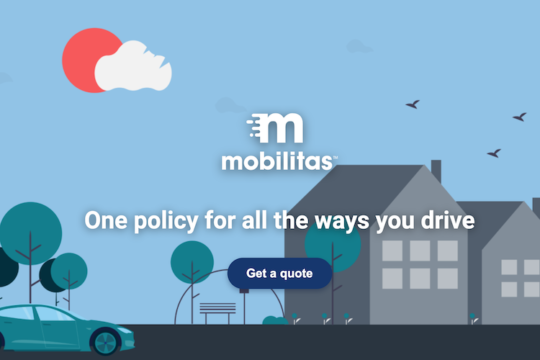 As necessity is the mother of invention, innovation is often the child of adaptation. CSAA Insurance Group (Walnut Creek, Calif.) saw the need to diversify in light of changing risks and opportunities, as CEO Tom Troy told Insurance Innovation Reporter in August. Despite its acronym, CSAA is no longer limited to selling auto insurance in California—the company now does business in 23 states and does significant business in homeowners. However, both to broaden the types of risk it takes on and to take advantage of new markets, the company has launched a new insurance carrier subsidiary Mobilitas Insurance (Glendale, Ariz.) as its departure into commercial insurance.

On the announcement of its Oct. 1 launch, Mobilitas identified its focus as creating custom-built insurance solutions for business and individuals in the sharing and mobility space. The new company further described its market approach as being digitally focused, simple to use, nimble and flexible in its ability to develop insurance solutions for the rapidly evolving mobility market. The company’s launch coincided with the announcement of a partnership with Lyft to provide insurance to the ridesharing company’s drivers in 11 states. However, the company is taking an open-minded view to the potential opportunities of the sector. 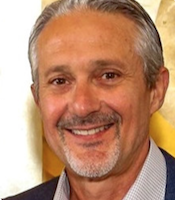 At its inception, Mobilitas aimed at vehicle subscription programs, offered by manufacturers such as Cadillac and Volvo. However, it saw the gig economy more broadly as its target market, including rideshare services such as Uber and Lyft and car-sharing services such as Turo and Zipcar. “We’re building products for any number of models in the sharing economy,” comments Eric Ummel, General Manager, Mobilitas. “For example, during the current economic situation, we see last-mile delivery as one of the few growth areas, and we’re building models that as well.”

While the Lyft partnership was not foreseen when the Mobilitas initiative began at CSAA in 2018, the company identified the opportunity of a sharing economy in the tens of billions of dollars. “Now the real job is executing on the Lyft account, and as the economy rebounds, to be ready to add accounts,” comments Ummel. “We are incented to produce significant amounts of premium toward the goal of shifting the mix of business at CSAA, and though that will happen over years, this opportunity with Lyft is a fantastic start.”

The gig economy represents an opportunity for a personal lines insurer to go commercial, largely because it represents a hybrid between personal and commercial driving, Ummel acknowledges. “When you look at Uber and Lyft, these are personal automobiles, so the exposure looks like accounts we have today,” he notes. “We can leverage our knowledge to execute on that space, and as we see claims flow, we think that’s a big advantage for us.”

In this respect, Mobilitas’ market play is related to increasing resemblance of small business insurance distribution to that of personal lines products in a world of proliferating sole proprietors. The company seeks to provide a best-in-class digital experience to individual commercial customers, according to Emily Tobler, marketing leader, Mobilitas.

Reflecting the spontaneous character of the gig economy, Mobilitas seeks to avoid a one-fits-all approach to risks and conducts market research to keep abreast of changing demand, Tobler says. As an example, she cites Downtime Protection for drivers who are unable to use their vehicle owing to a work accident. The coverage provides the disbursement of $100 a day up to 14 days for loss of income. 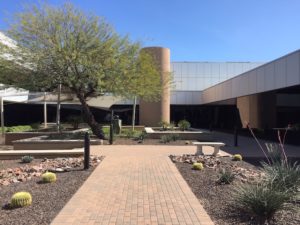 “We keep a sharp focus on our customers’ unique and evolving needs and design our products accordingly,” Tobler says. “Gig drivers do business on their phones—they live in a digital world, so every aspect of their insurance product has to have digital solution.”

Mobilitas provides a digital quote-bind-issue experience to rideshare drivers, who can quote and buy from their phone and service their policy through the company’s app. “They can get their insurance card, pay their bill and see their policy information all from their phone,” Tobler says.

For now, Mobilitas’ notion of customization is one of closely matching its products to a given market segment. However, in the future it plans to introduce capabilities that make a policy more tailored to the individual policyholder, according to Ummel. “In the future we want to use telematics for risk mitigation and loss control that affects the way we can provide offerings to individual drivers, identifying driving behaviors that can be modified,” he elaborates. “This is not new in the sector, but capabilities that measure how a driver drives and how the insurance is delivered, get closer and closer to the experience of individual drivers.”

Mobilitas relies on Guidewire Software (San Mateo, Calif.) for its core technology, using the vendor’s PolicyCenter and ClaimCenter systems. Those systems have enabled the insurer to develop capabilities specific to its busines model, according to Ummel. “Our value prop is to make data available to our partners, so we’ve invested a lot in integration of API integration of FNOL capabilities with partners to our claim system so we can be as responsive as possible when claims happen,” he says. “We produce the kind of granular data that helps us understand trends and the performance of the company.”